Getty Images
By Sydney Scott · Updated October 23, 2020
Everyone is talking about the Netflix horror flick Bird Box, and on this week’s episode of Yes, Girl! the film’s stars Trevante Rhodes and Lil Rel Howery stop by the ESSENCE office to talk about the project. “What I love about this [film] is that it’s not gory,” Howery told hosts Cori Murray and Yolanda Sangweni. “It’s just a scary situation.” The film follows a mother of two as she searches for safety five years after an ominous event drives most of society to commit suicide. 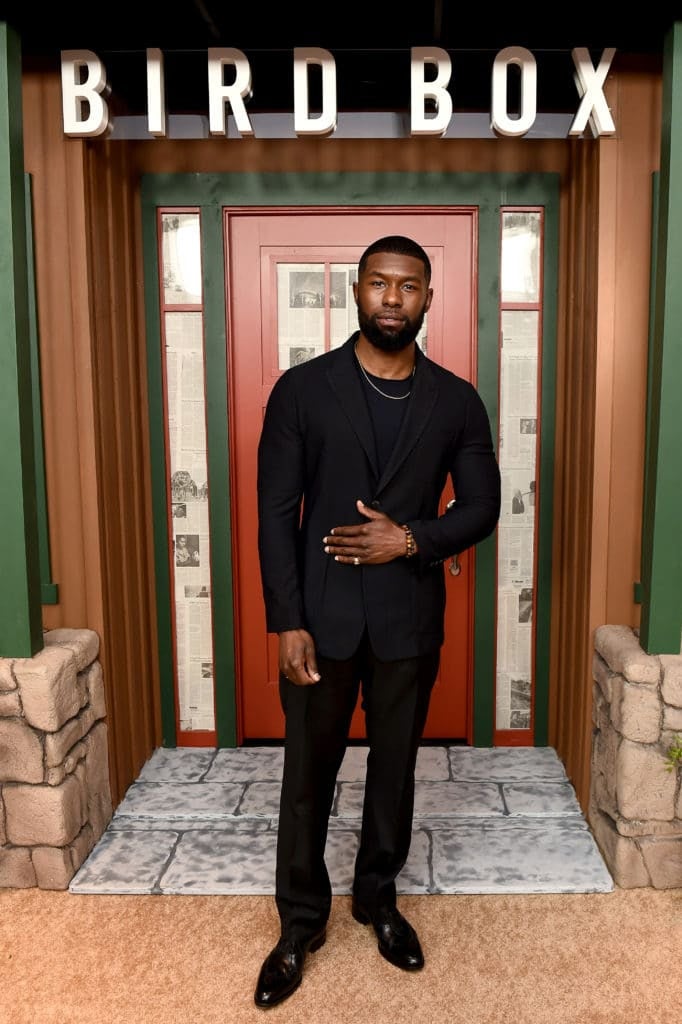 Bird Box has also illuminated for some — and we don’t know why they’re so late to the party — Rhodes’ bae status. The Moonlight star said it was “cool,” but thinks of his career as similar to an athlete’s. “It’s a blessing. It’s cool, but if you think about it in regards to sports, if one year you win the championships, you still gotta go back to work tomorrow.” Howery added jokingly, “If I become bae of the year, you’re gonna know it.” Check it out the podcast above to hear more from Rhodes and Howery on their careers and Bird Box.