Cloudy skies and pouring rain set an unlikely backdrop for the opening day of Jay-Z’s sixth annual Budweiser Made In America Festival in Philadelphia, but things got off to a bright start on the TIDAL stage despite the gloomy weather, thanks to Dreamville songstress Ari Lennox.

Before signing her deal with Dreamville, Ari vowed to hold off on attending the increasingly popular Labor Day weekend music festival until she herself was on the bill—a goal that came to fruition when she completed her first MIA performance to kick off day 1 on Saturday.

“If I would have come before now, I knew I would have been feeling depressed watching everybody else kill it on stage, knowing I could be at home in the studio writing or networking at an event or something,” Ari told ESSENCE just after her performance. “It would have been exciting and fun to come but, I knew what I really needed to be doing was grinding so that I COULD get here. [Being invited to perform this year] was totally unpredictable though! I did not know that this was going to happen and the fact that it did….I just still can’t believe it.” 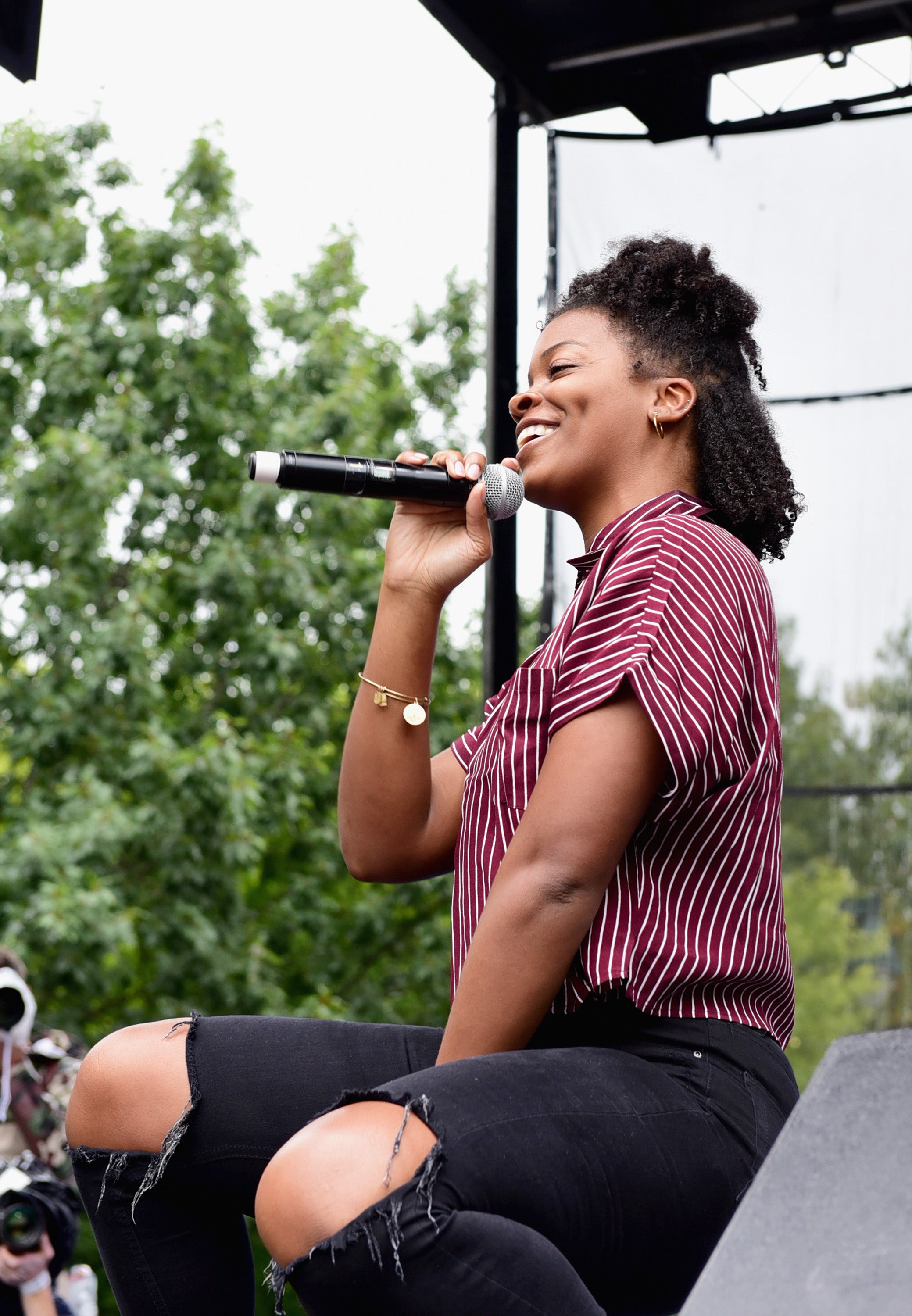 The soulful songstress was only the second artist of the day to perform overall, and the first of the 2-day event to perform on the TIDAL stage, which has served as a platform for the most talented of rising artists on the lineup over the past few years. Ari’s setlist proved a perfect display of her unique sound and included songs like “La La La La” and the fan-favorite “Backseat” (featuring Dreamville labelmate Cozz), both from her 2016 EP, PHO.

While Ari did share that a follow up to PHO is currently in the works, she says fans can look forward to getting to know a little more about her than what was revealed on the 7-track project.

“It’s definitely going to be an evolution of PHO,” she continued. “I’m still very frank and talking about whatever I want to talk about but, you get to know more sides and more musicianship. But, it’s still very new. We’re working hard on it and we do have about 7 songs, so far, that are fire that I know are album-worthy. So, we’ll just be gridning the rest of the year to finish it up.” Later on in the evening, the crowd roared as Ari made a guest appearance on stage with MIA headliner—and Dreamville founder—J.Cole for a quick performance of his single “Change,” on which she sings the hook. This fall, she’ll head overseas for the first time to join Cole as he kicks off the European leg of his “4 Your Eyez Only” tour in late September.

Needless to say, she’s looking forward to the trip.

“I’ve never been [to Europe]! Dreamville has literally been the gateway to all of my firsts in this industry,” she said. “All of these festivals, all these shows, this touring….it’s just really been a blessing. I can’t wait to go.”

With a solid EP, an impressive showing on the 2017 ESSENCE Festival mainstage, co-signs from music icons like Chaka Khan and Mary J. Blige, a debut performance at Made In America and so much more under her belt already for this year, we can’t wait to see what’s next for Ms. Lennox.