Those of us who’ve been fiending for an Andre 3000 comeback can thank director and screenwriter John Ridley (12 Years a Slave) who has cast him as a series regular on ABC’s American Crime, which had its season 2 premiere last night. Ridley had previously cast the rapper and actor, real name Andre Benjamin, in the Jimi Hendrix biopic, Jimi: All Is By My Side.

Season 2 of the Emmy-winning and Golden Globe-nominated drama series tackles issues of sexual orientation and online bullying. Benjamin plays architect Michael Lacroix opposite Regina King, who plays his wife Terri. The two are parents to Kevin (played by Trevor Jackson), a star athlete who has been accused of drugging and sexually assaulting another boy at his elite private school. Michael and Terri will have to mobilize to defend their son from the accusations. 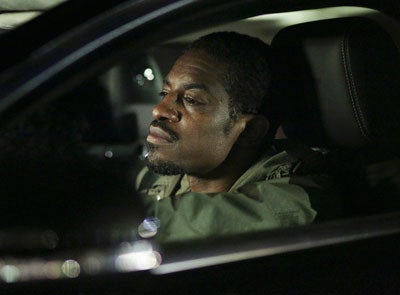 American Crime premiered earlier this year and earned King her first Emmy for Outstanding Supporting Actress in a Limited Series or a Movie. It airs on Wednesdays at 10pm ET on ABC.

Who’s tuning in with me?