By Danielle Young · Updated December 6, 2020
In The Hate U Give, Algee Smith’s character Khalil is seen as the cool around-the-way boy. The one all the girls had a crush on. The one who always made us laugh. So when in the film, Khalil dies at the hands a white police officer, moviegoers are left stunned. (And don’t worry, we didn’t spoil the film. That scene is in the trailer!) Smith’s appearance in The Hate U Give, which hits theaters nationwide Friday, was nothing short of impactful. His character’s death is not only a catalyst for the movie, but a calling cry to what’s happening around the nation offscreen in too many cities across the U.S. 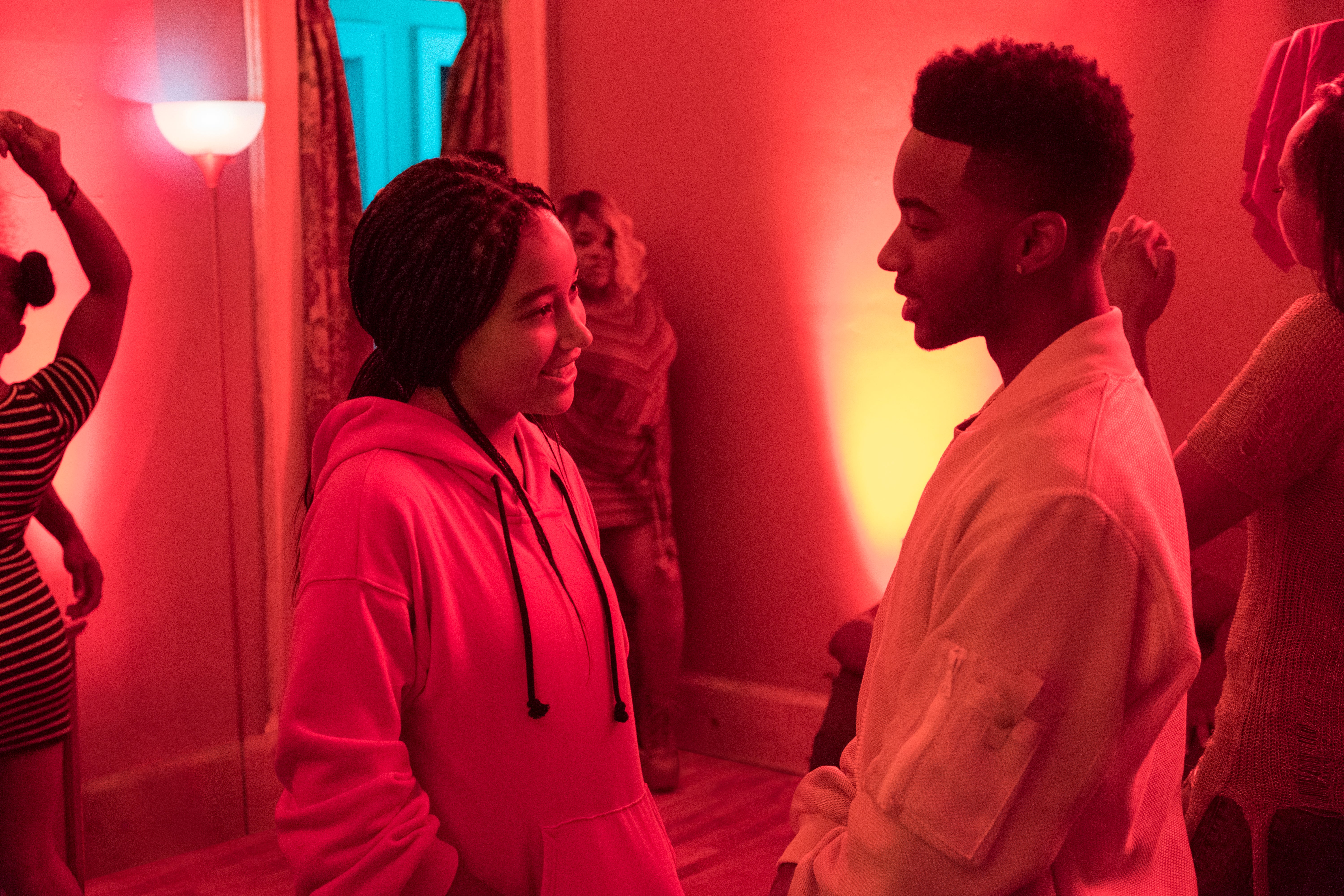 20th Century Fox/The Hate U Give

The 23-year-old actor stopped by ESSENCE to chat about his character and revealed that he has a lot more in common with him than you’d imagine. “I relate to Khalil a lot. He’s passion. He’s a big Tupac fan,” he revealed. “He’s a real family person and he’s a young Black man in America. I feel like I’m standing in that gap and representing for anybody that’s happened to.” The acronym “THUG” for the film is intentional, as it gains inspiration from Tupac’s “Thug Life” rhetoric. The rapper, who was killed in a Las Vegas drive-by shooting in 1996, had the tattoo T.H.U.G.L.I.F.E. written across his belly, and rapped it in his lyrics. At one point, during an interview, Pac explained that “when I say, ‘I live the Thug Life/Baby I’m hopeless,’ one person might hear that and just likes the way it sounds, but I’m doing it for the kid that really lives a thug life and feels that it’s hopeless…I reach him.” Smith said that “this movie will definitely help people understand what Pac meant.” “‘Thug Life ‘just means…everything that they feed us when we’re younger — whatever it is, whatever seed that’s planted into you — that’s what comes out when you grow older,” he explained. “If you constantly keep a minority down, and suppressed, and oppressed, and feeling like they’re not enough, when they’re older, that’s just what’s going to come out.” Check out more of Smith’s thoughts on racism, police brutality and The Hate U Give in the video above.