By Dr. Tykeia N. Robinson · Updated December 6, 2020
A Different World is hands down my favorite television show of all time. I still have the homework assignment from my fourth grade English class where I waxed poetic about graduating from high school and attending Hillman College. Dwayne Wayne was my first crush. I don’t know if it was his goofy sense of humor, that 800 on the math SAT, the way he showed up for his friends, his work ethic, or that time he got in a fight with those PWI derelicts up the street. Either way, Dwayne has been bae — the brilliant Brooklyn native with just enough corny and the right amount of grit in fresh Jordans and the flyest leather jackets. Imagine my alarm and dismay when my best friend sent me a link to a think piece that accused my beloved of being “selfish,” “mean” and “manipulative.” The writer claimed that Dwayne wasn’t the right man for his eventual wife Whitley Gilbert and that their love was less than ideal. Issa nah for me. You don’t come for Dwayne, or Dwayne and Whitley’s love on my watch. While Dwayne was not above reproach, he was Whitley’s perfect partner. Their story also affords us some useful insight into the complex ways that individuals and relationships evolve during the undergraduate years and the formative stages of adulting. I have receipts. So, let’s go to the videotape. The Whitley Gilbert of seasons one and two was a sheltered, spoiled, mean girl, majoring in wealthy husband acquisitions. You can’t really blame her though. Like many, Whitley was raised to believe that her success would be predicated on the type of man she’d marry and not by virtue of her own intellect, talent, and skills. Dwayne didn’t pursue Whitley romantically at first. Their relationship evolved from cordial acquaintances to a committed friendship. Although Dwayne wasn’t the type of guy that Whitley imagined herself falling for, their chemistry was undeniable and became more and more apparent as the show progressed. From reconnecting on their flight back to campus after Dwayne’s first internship to their first kiss at Walter and Jaleesa’s wedding in season three to when they made it official in season four over ribs from Ray Nay’s after KinuGate of 1991. All the way to the greatest wedding scene of all time. Other men that Whitley had dated, who were her “type” in terms of appearance, class, and pedigree, failed to take the time to really get to know her. They saw Whitley for where she was in her life, and not for where she could be. Consider Julian, the Avery University graduate student, who dated Whitley during season four. Julian was attractive, intelligent, suave, and charming. When they met, he appeared to be exactly what Whitley thought she wanted. But over time Julian proved to be presumptuous, self -absorbed, judgmental, and even a bit misogynistic despite his self-proclaimed commitments to equity and social justice. He invited Whitley to spend the summer with him in D.C. so that she could gain the “real-world” experience that he thought she needed. He prioritized his plans and professional development over Whitley’s and completely dismissed her summer internship at EH Wright. And then there was Byron, the well-spoken Senator who swept into town and stumbled upon a love that was all paper, no passion, and no process. Byron and Whitley’s relationship made sense, it was ideal and predictable. It didn’t require Whitley to stretch or grow beyond what she already knew. Byron was the type of man that Whitley had always envisioned. He was the easy way out, a contingency plan — low risk, and low reward. My sis deserved much more than that. Dwayne helped Whitley to see that she had more to offer the world than her beauty and social standing. Similarly, Whitley taught Dwayne that real love requires time, patience, perseverance, sacrifice, and compromise. They were kids who were just figuring it out. What I love most about their love story is that we watched it evolve. We saw them grow from immature, inexperienced, short-sighted kids who didn’t like each other into maturing adults who came to appreciate their complexities and recognize the ways that their differences complemented and enhanced one another. 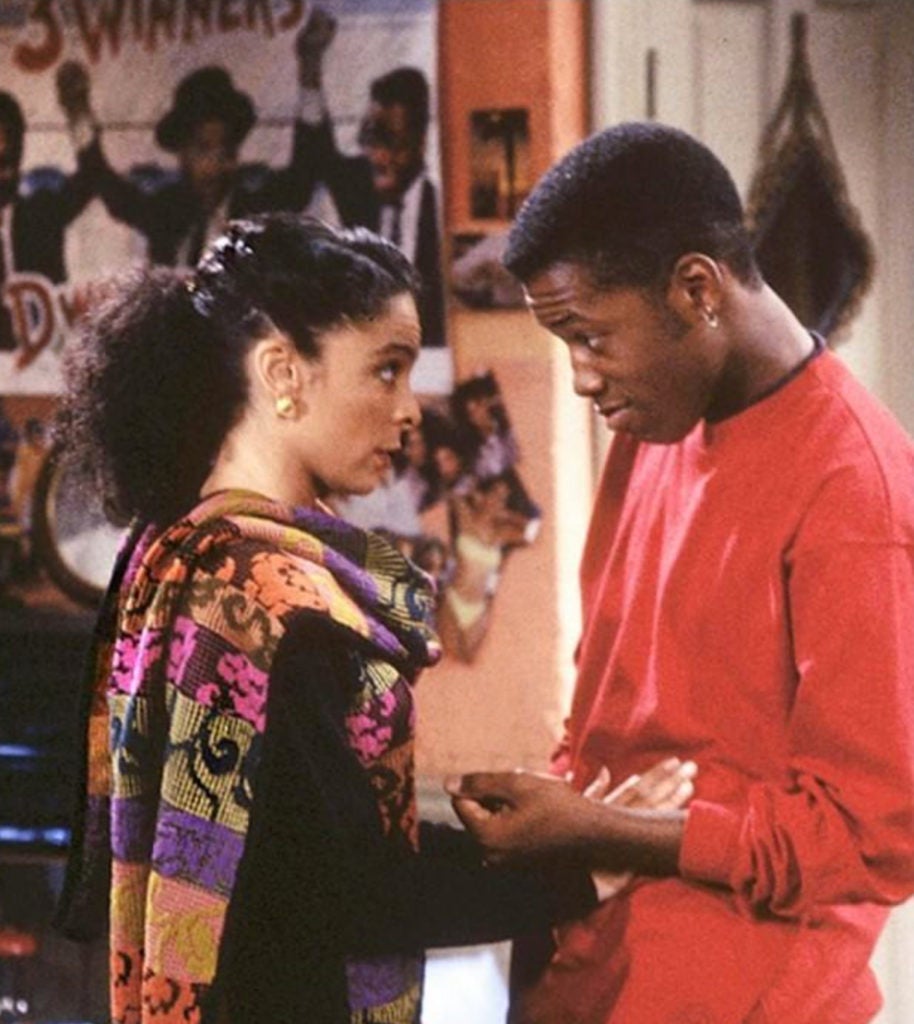 As someone who studies higher education, this is what makes A Different World such a gift. It really serves as a lens for understanding the various perspectives and experiences that exist within the contexts of Historically Black Colleges and Universities. Dwayne and Whitley are just one representation of the many dynamics and dimensions of student development and adulting that intersect and influence each other. Their love withstood differences in social class, background, opinions, and beliefs. It overcame mind games, manipulation, robbery, financial strain, the L.A. riots, and even some infidelity. It wasn’t ideal, but it was real.
Tykeia N. Robinson PhD, a policy research fellow who studies STEM higher education reform and institutional change, is also a co-host of Gettin’ Grown podcast where she talks about all things adulting with her sister friend, Jade.
TOPICS:  A Different World