My earliest and most dear childhood memories, are of carefully combing through the crepe pages of the Scholastic Book Fair advertisements and circling the books I wanted. But holding on to that love, and finding the time to get lost in the prose of my favorite authors became increasingly more difficult with each passing year. Between work, social engagements, and #adulting curling up with a good book became more and more like a luxury. But over the last year Glory Edmin (who also goes by Glo), founder of the literary community Well Read Black Girl, completely changed that for me — and thousands of other Black women.

Like most of my great ideas, I stumbled across Well Read Black Girl on Instagram on where else but my explore page. Filled with posts of my favorite Black authors — Angelou, Walker and Adichie — along with books I had not yet heard of, @wellreadblackgirl stopped me dead in my scrolling tracks.

“WRGB’s mission is to celebrates the uniqueness of Black literature and sisterhood, and increase the visibility of Black women writers, as well as initiate meaningful conversation with readers,” says the Howard grad. Glory, and the very vocal #wrbg digital community, got me super excited to read again! And not just that, I began to actively seek out new up-and-coming Black women authors to devour.

When I finally had the chance to attend a book club meeting earlier this year — each month Glo handpicks a book and then plans a meetup in Brooklyn — I was blown away. Here was a thriving community of readers, and writers, who not only loved to read but also looked like me.

The literary excitement that so affectionately marked my childhood had been reinstated. Said another way, literature has become lit again!

Earlier this month WRBG had its first-ever festival and writers conference at BRIC Arts Media House in Fort Greene, Brooklyn. 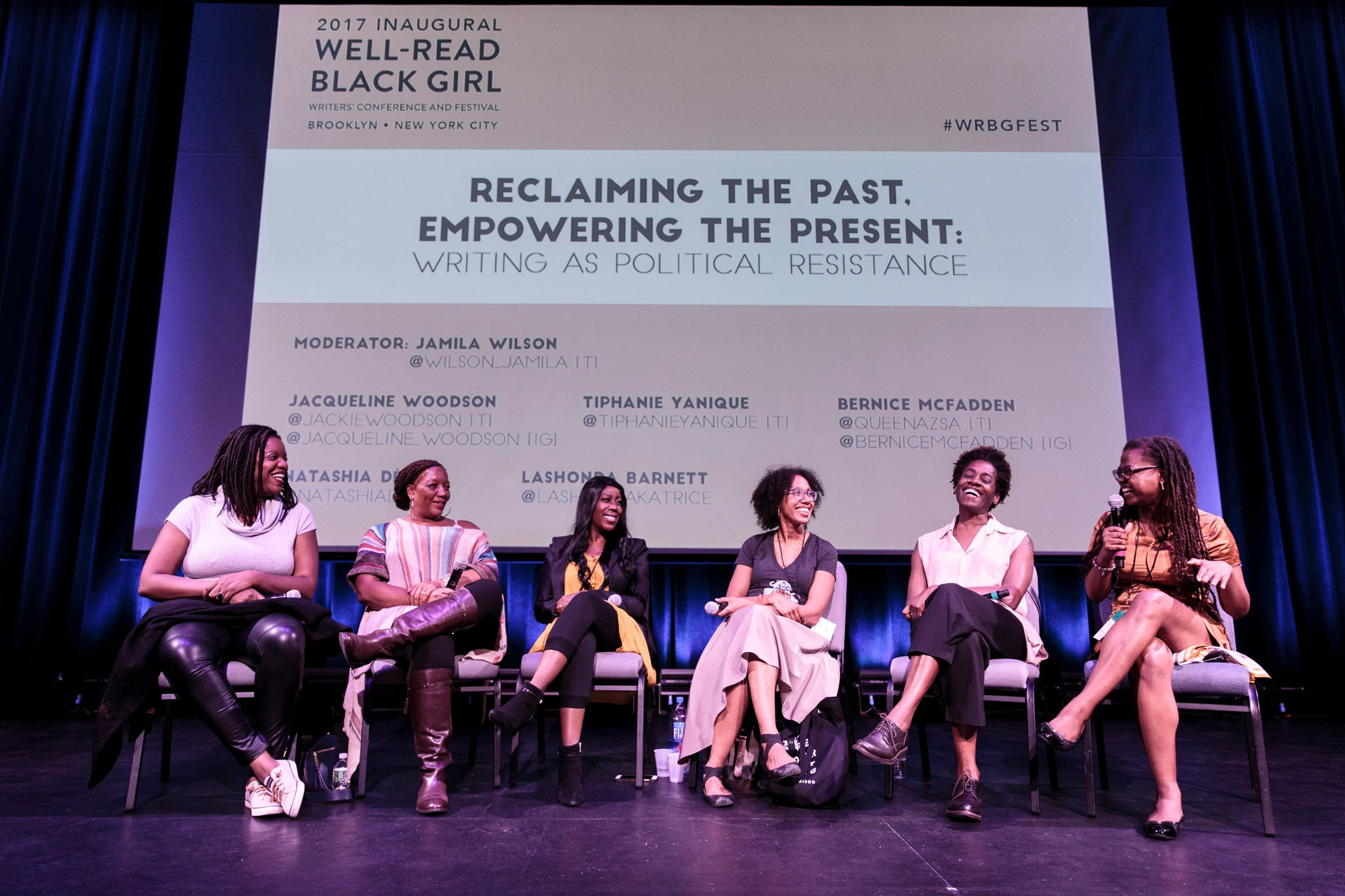 The day consisted of panels, workshops, and fireside style conversations with writers like Ashley Ford and Jenna Wortham and literary legends such as Naomi Jackson and Tayari Jones. The speakers were honest about the perils that face Black women writers, but also excitedly poured out advice and wisdom. As a writer still very early in her career, it was beyond affirming to hear so many of the women I admire state that my unique voice is needed, and now than ever. 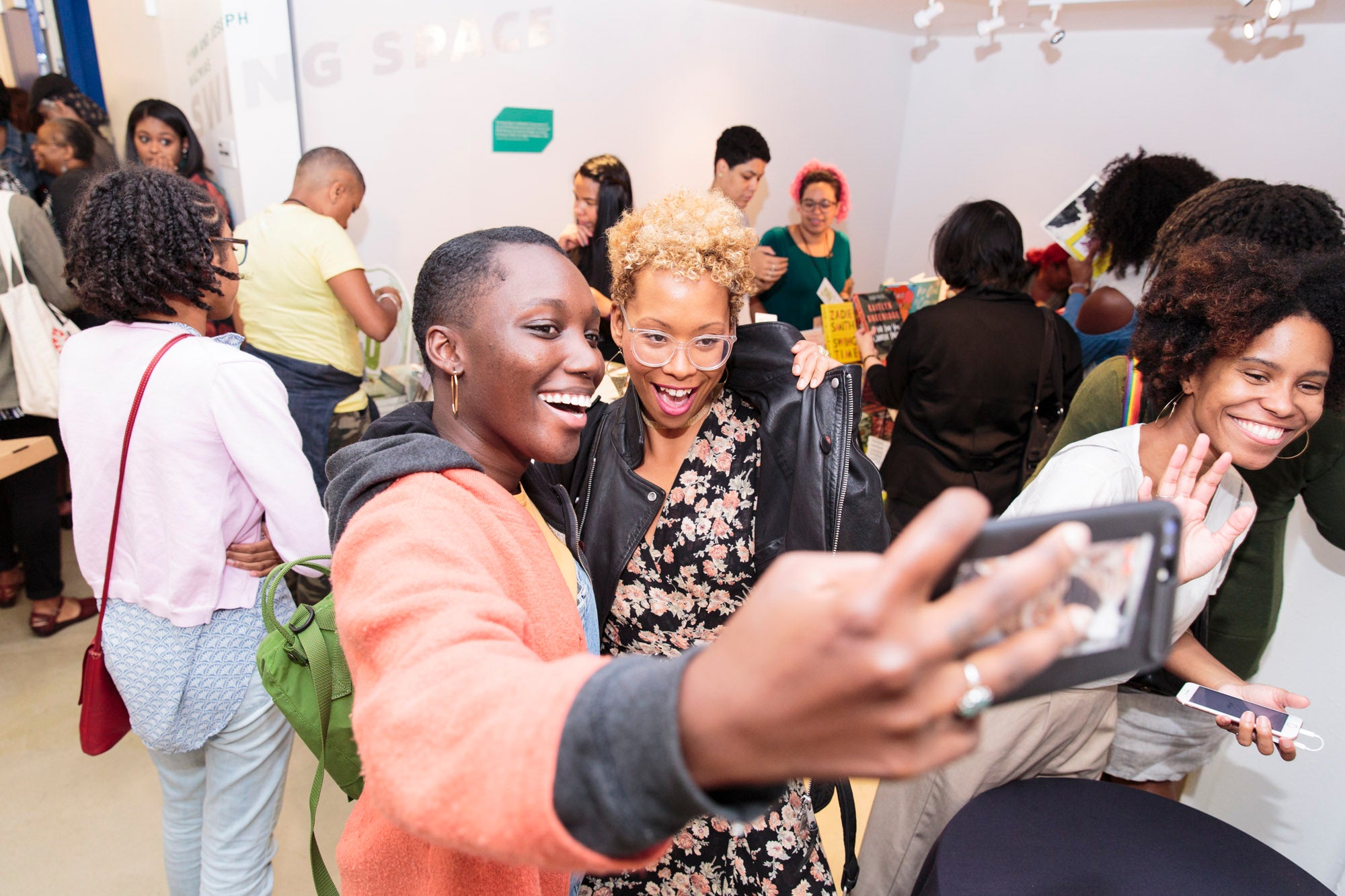 Over 250 Black women from across the country came to partake in the all-day affair (it actually sold out weeks before the event). And like any true festival the merch table that included pins, t-shirts and customized pendants by Rayo and Honey, had a line that stretched down the length of the hallway.

It was pure magic!

While charging my phone in between the afternoon and evening session, the incessant note taking and IG storying took a toll on my battery, I struck up a conversation with a woman who had traveled from D.C. for the festival. We chatted about what we were currently reading, why we found the protagonist in Swing Time annoying and our favorite hair products. Never in my life have I seen the visceral power of books and literature in that way.

During her opening remarks Glo, who made it a point to speak with attendees during the breaks, said she wants to change the face of the publishing industry, both on and offline, and make it about community again.

Well I say, mission completely accomplished. And until I attend the next Well Read Black Girl festival, I’ll proudly be wearing my t-shirt and carrying around a #wrbg-approved book in my tote.

TOPICS:  We See You