All Tennessee State University grads, the trio opened their first location in March 2017 featuring specialty pizzas and locally brewed beers in the North Nashville neighborhood. This is one of the last Black neighborhoods in the ever-gentrifying hot southern metropolitan area, an enclave that attracted great musicians –like Jimi Hendrix, Ray Charles- to perform and live in its heyday. North Nashville is also the hub of HBCU’s, TSU, Meharry, and Fisk, drawing tons of millennials and pizza-loving followers. In November 2017 and June 2018, the trio opened two other locations: one in North Nashville and one in Antioch, TN, which opened last week. 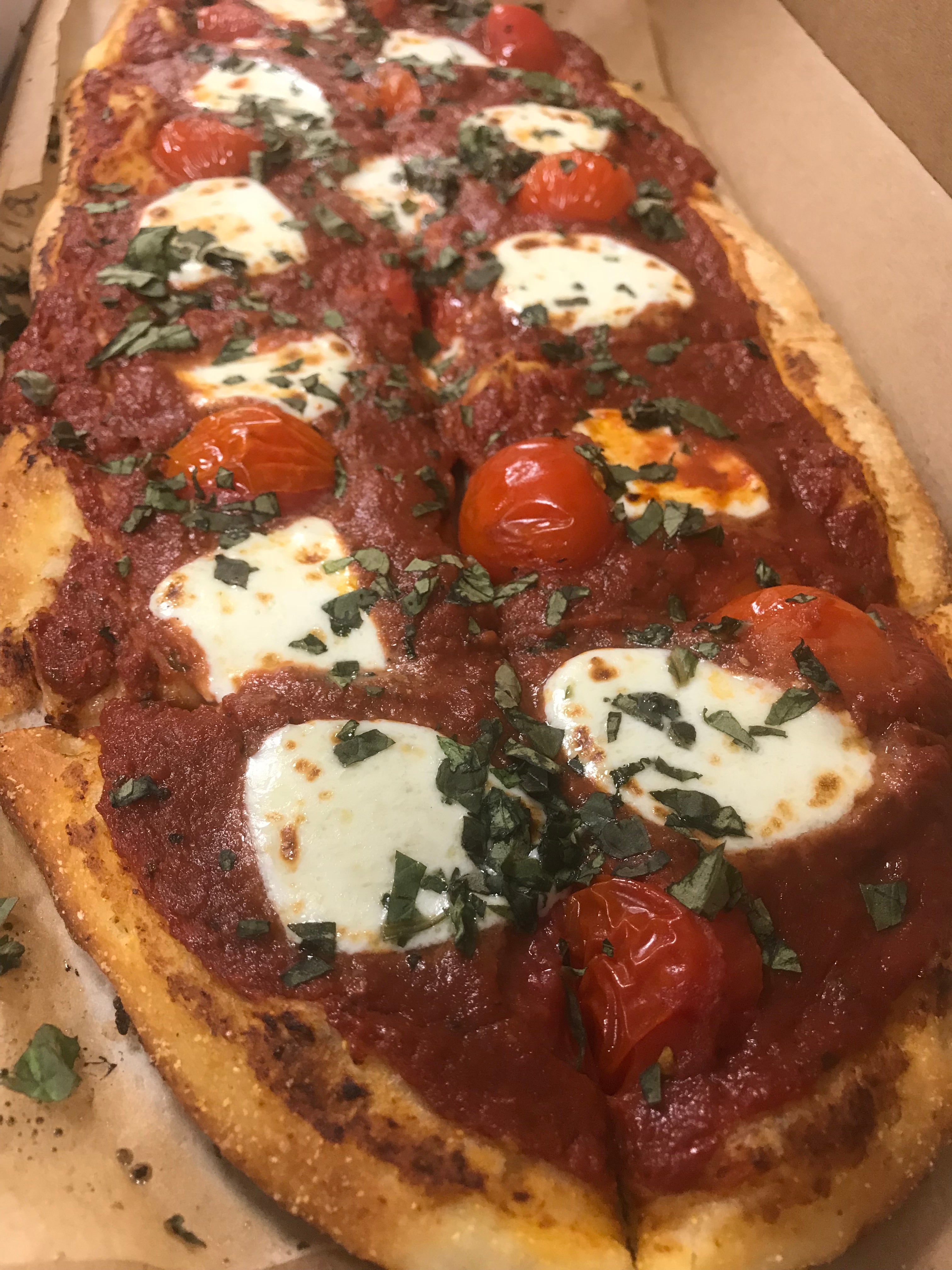 “Being young and black growing up in Nashville, we loved southern hip-hop, and artists like Master P, Biggie, and Tupac,” says Gray. “We wanted to bring with our restaurant concept a recognition of how we grew up, so you’ll hear soundtracks like Mary J, WU Tang Clan, and see black films and shows like the Fresh Prince of Bel Air a constant presence on our screens.” You can also see the influence of black culture in some of the 8 signature pizzas Slim & Husky’s offers. Take the “Red Light Special” (Margherita Pizza); Rony Roni Rone (a pepperoni delight and nod to Tony Toni Tone); and California Love (a veggie delight). Also, the trio is very conscious of their product, making all of their ingredients in-house; rejecting freezers; and emphasizing high end ingredients like salmon and shrimp.

Sound business acumen can be attributed to these brothers, starting their first business-a moving company- with just $3,000. “If you know anything about the moving business, it sucks,” laughs Clint. “Customers were always stressed. However, we grew it into one of the largest businesses in the area, pulling in seven figures a year in revenue.” 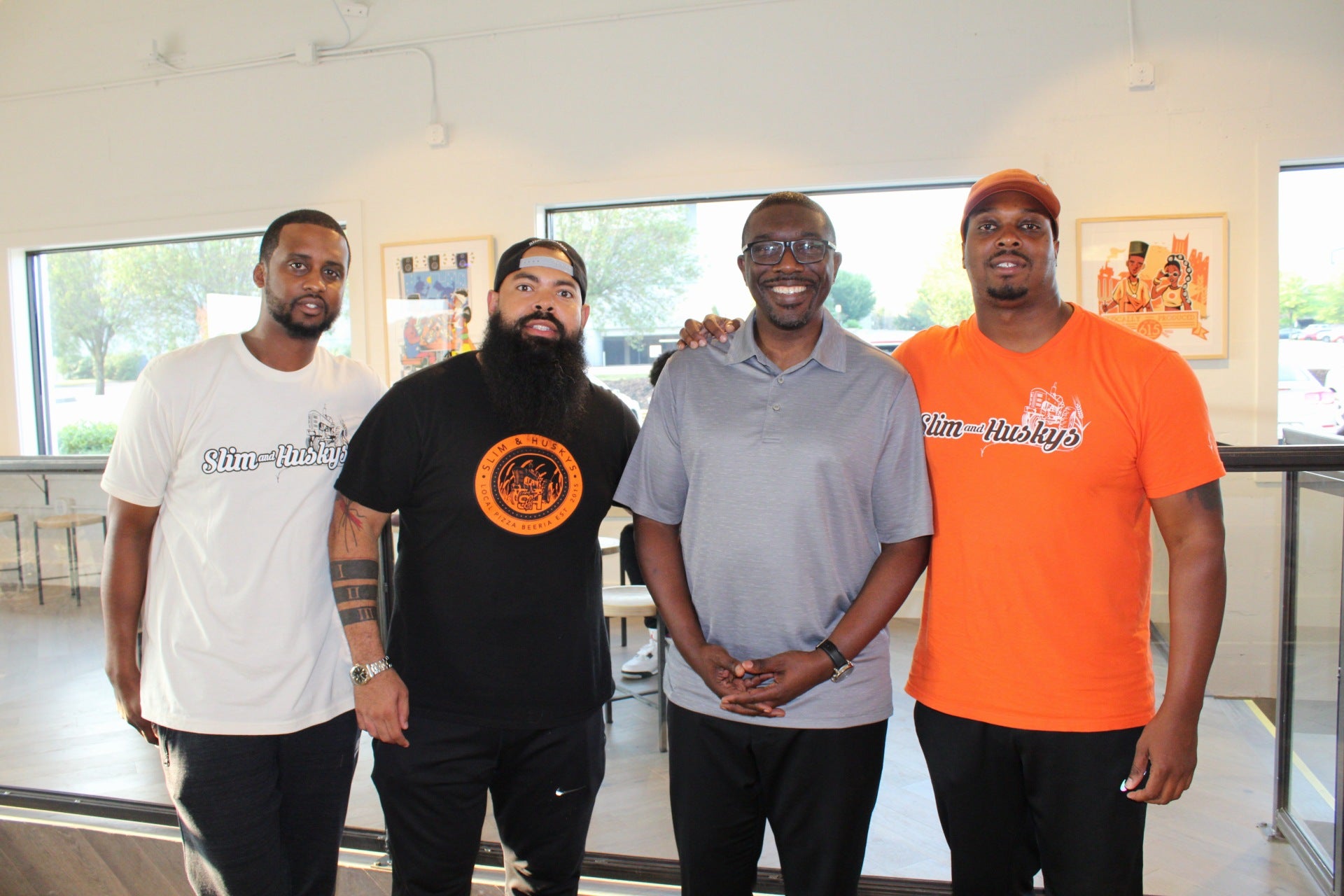 However, in time, the three decided to pursue a passion project and open a restaurant. They bought a garage in August 2015 and used the space to work on their product for two years. The partners had the assistance of Chef Jason Williams (who is now their Executive Chef) to assist in coming up with the final product. In order to garner feedback during this trial period, the friends gave hundreds of pizzas to the homeless and local community meetings for feedback. “We got no bad reviews”, chuckles Moore.

Moore also laughs about one of their favorite memories during their lengthy trial period. “For our Five Cheese Blend, we tried a lot of cheeses, and some of them were too strong for the pizza”. “White cheddar and pepper jack were too strong, and the smoked gouda was also killing it. All you smelled was smoked gouda and no pizza.”

In order to keep their business a well-oiled machine, the trio makes sure maintaining a strong friendship is the utmost priority and egos always take a backseat. “We don’t try to take on the same roles,” says Gray. “We focus on staying in each of our lanes: I’m Marketing/Branding, Derrick is Operations & Construction, and EJ is Finance & Admin/Growth Strategy.“

When asked about franchising, the three agree that they want to stay corporate as long as possible. “We want customers to feel the black excellence when they walk into our establishment,” says Gray. If we have a franchise, there is a chance that it may be watered down.” 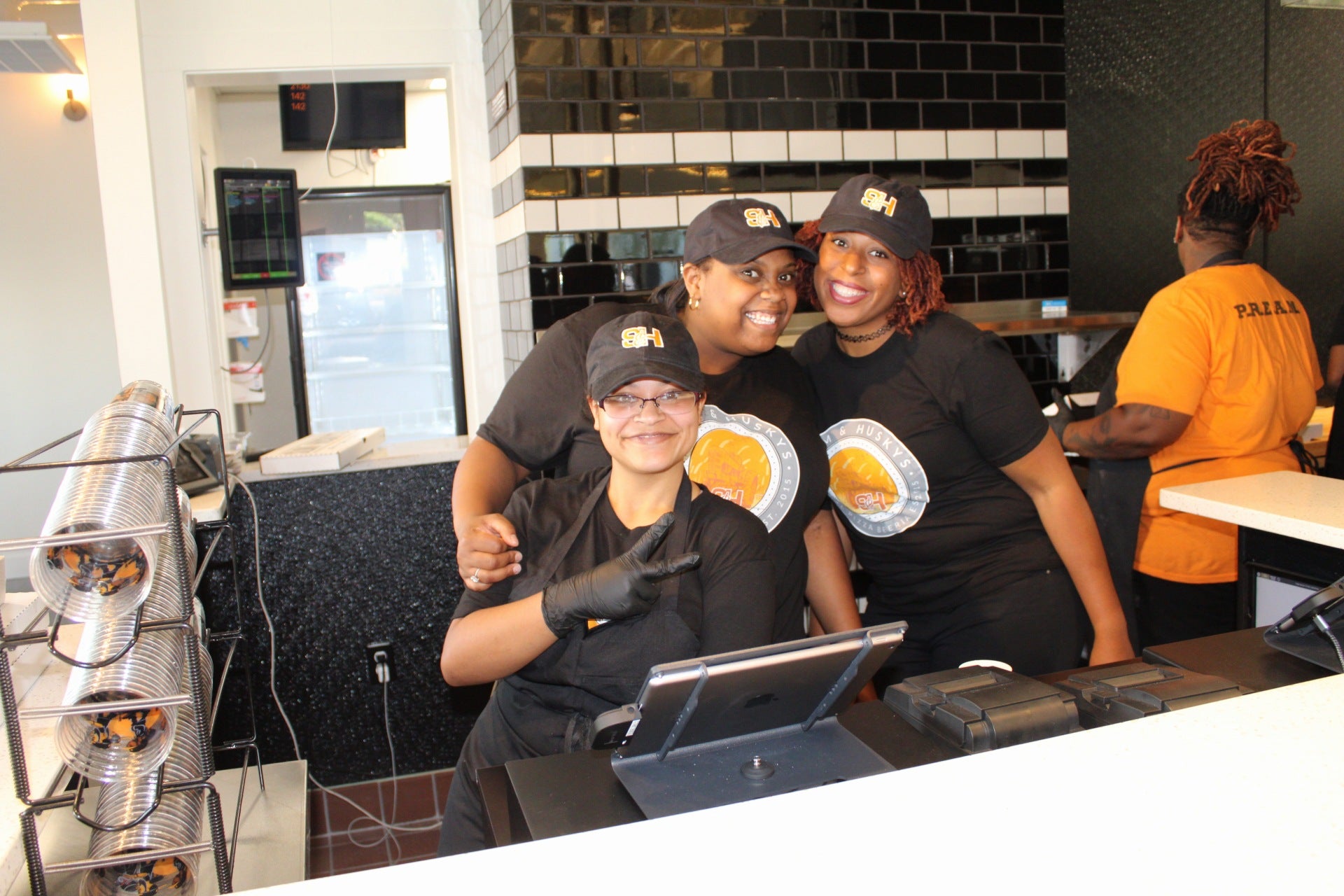 However, expansion is real. “We kept hearing from our followers, ‘Ya’ll need to open up in Antioch’, says Moore (which is a heavily populated diverse suburban neighborhood lacking quality food). “Sometimes we need to listen to the people.” And, they successfully opened their third venue there last month.  “We have a great following from the HBCU’s and the word about our concept gets around,” says Moore. “We are opening spring of 2019 in Adair Park in Southwest Atlanta, close to Morehouse, Spelman, and Clark.” Also in the works for late 2019 are locations in Houston, Chicago’s South Loop, and Memphis.

For Moore, Gray, and Reed, giving back to the black community is a priority. The partners fed over 1,200 students surrounding their locations during 2017. They also make school visits essential to give young kids lessons in life, business, and entrepreneurship. This past May five young African American high school graduates received their new P.R.E.A.M. scholarship for college.