As soon as the episode opened with the melody “you are my sunshine,” I knew I had a gut-wrenching 60 minutes ahead of me.

During Tuesday’s This Is Us episode titled “Memphis,” William (Ron Cephas Jones) joins his son Randall (Sterling K. Brown) for a road trip from Jersey to his hometown of Memphis, Tennessee to take a deeper dive into his childhood.

Moment after moment, scene after scene, I could feel my emotions twirling as I envisioned Randall losing his father for a second time. Not only did he lose his adoptive father Jack (Milo Ventimiglia) at a young age, but now he was set to lose his biological father to cancer after finally meeting him at adulthood.

As I grappled with the fact that William’s battle with cancer would soon be over, I was able to appreciate all of the wonderful moments that they got to share. Seeing the growth in their relationship as they exchanged final laughs and tears helped me see the true beauty in it all. The episode was a meaningful nod to the strife we endure in life, the precious relationship between father and son and letting go.

But it was also chock-full of Black cultural moments that weren’t lost on us as we celebrate Black History Month.

Here are five of our favorite moments from the “Memphis” Episode of This Is Us:

The Barbershop Scene: When William took Randall with him to visit one of his old barbershops, it was not only special, but a familiar moment for many in the Black community. This scene was subtle, yet powerful, as the barbershop remains a staple within Black neighborhoods. Not only are barbershops considered safe havens for Black men, they are also a place to discuss politics, social change and community.

This moment was especially meaningful, as we’ve learned in a previous episode that it took Randall’s adoptive white parents a few years until they learned the value of taking their son to a barber that could properly cut Black hair.

Black History Moment — The “Whites Only” v. “Blacks Only” Water Fountain: After leaving the barbershop, William stumbled across two water fountains when he instantly recalled the once segregated town. After William told his son how he couldn’t drink from the “whites-only” fountain, the two men exercised their freedom by leaning in to take a sip. Historically, Tennessee was among several states that were deeply segregated and was one of the top ten states in the country with hundreds of reported lynchings decades ago. 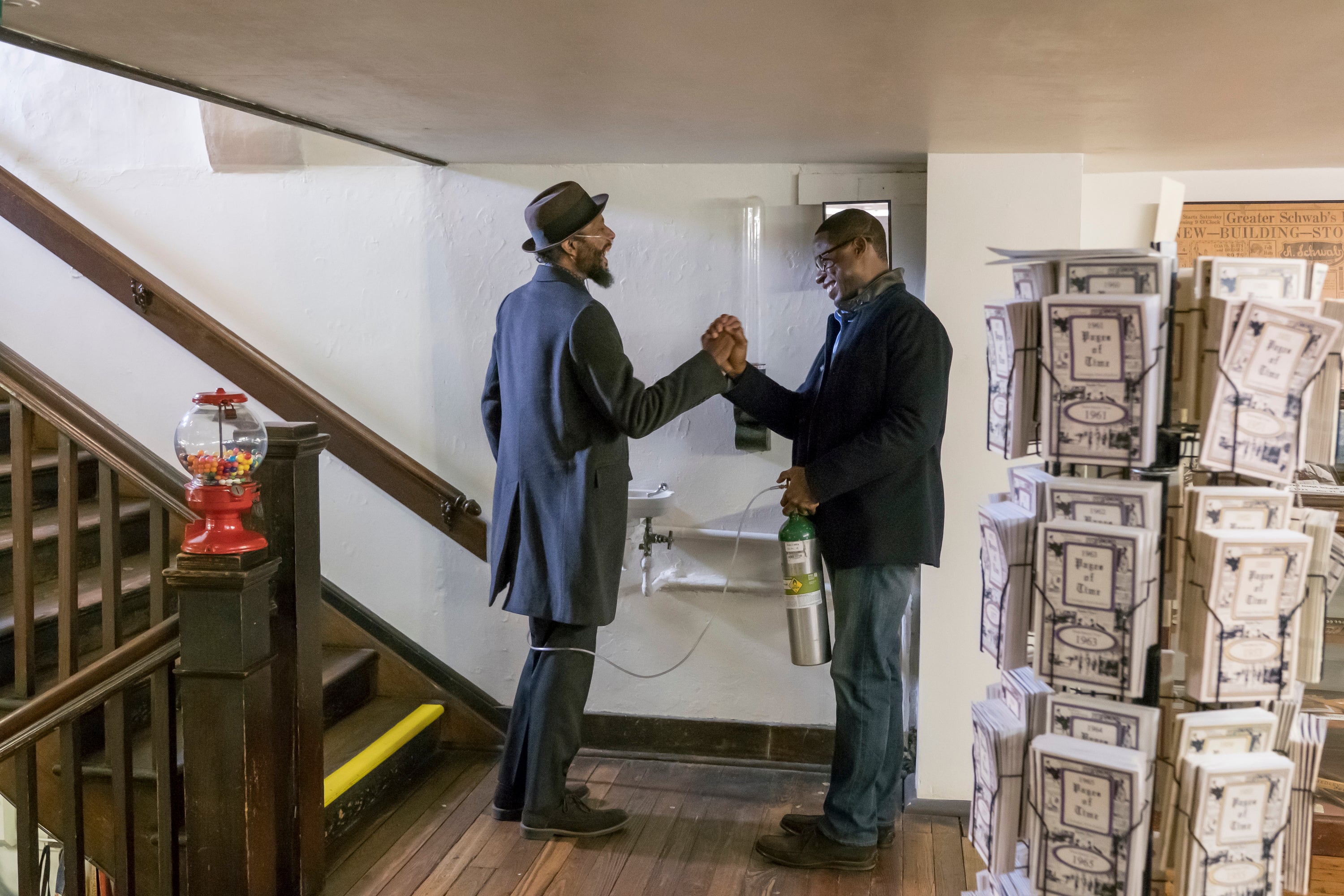 Atlanta’s Brian Tyree Henry Shows Up As William’s Cousin “Ricky:” Perhaps one of the most uplifting scenes from the episode was hearing a soulful tune from Brian Tyree Henry, who’s also known as “Paper Boi” in FX’s Atlanta.

The 34-year-old actor brought charisma, flavor and charm in his role as William’s cousin Ricky. He also taught us more about William’s musical side as we watched their relationship evolve over the years. During one of the scenes, he is seen performing alongside young William as he sang a moving version of “we can always come back to this” while his cousin played the piano.

Henry told Vulture that getting the role was “a dream come true” as he got to work alongside his longtime friend Sterling K. Brown and New York theater colleague, Ron Cephas Jones. He said that singing the melody was “so reminiscent of Otis Redding and Sam Cooke.”

Black Love Moment: In a flashback with William’s biological parents, we see the two afro-wearing lovebirds go from meeting on the bus to falling in love. Black love represented in mainstream is always revolutionary. 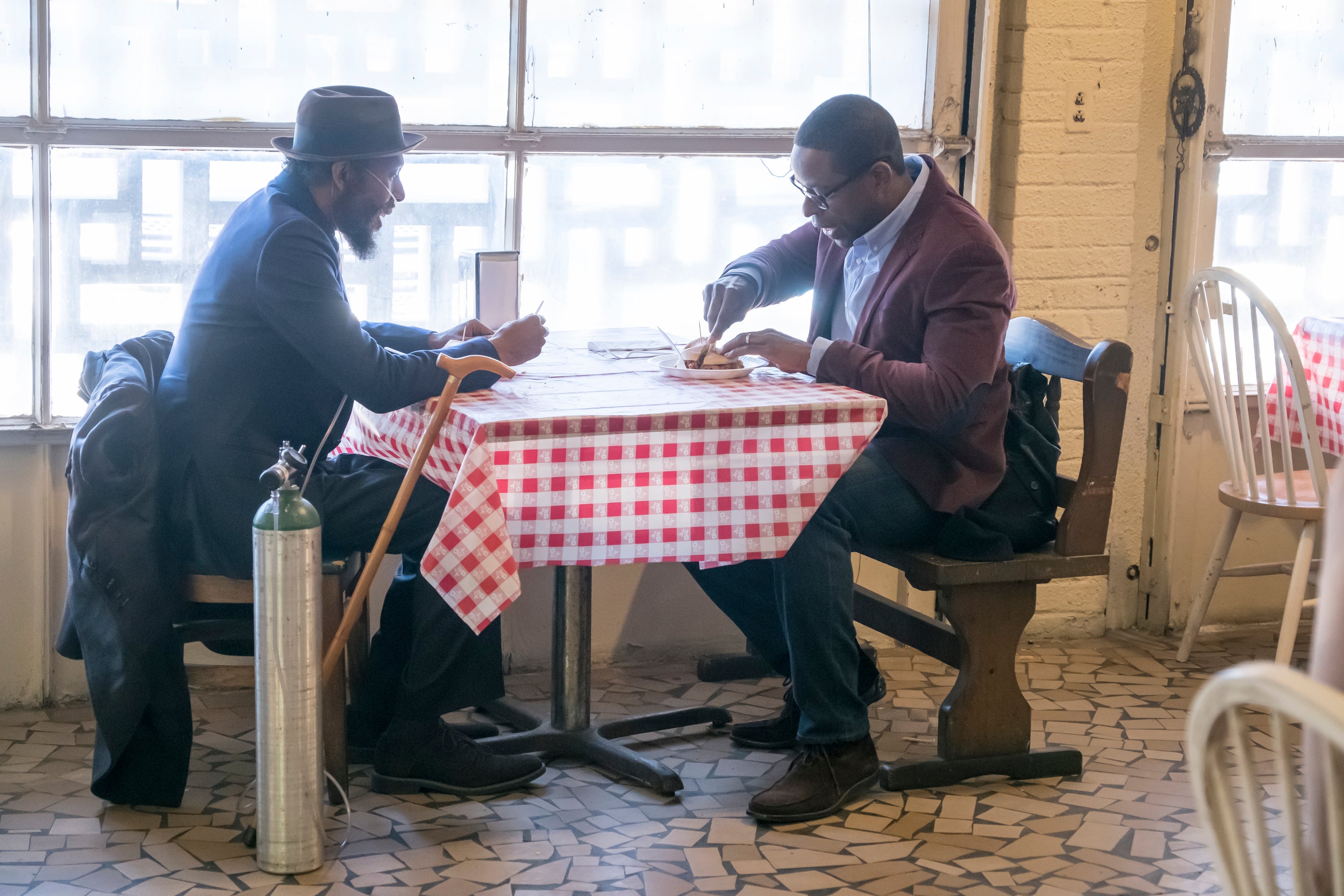 Throwing Down On Some BBQ In Good Ole Memphis: William and Randall’s excursion across Memphis, Tennessee didn’t end before they went to Payne’s BBQ, one of William’s favorite spots. With southern tunes lingering in the background, the two shared laughs and memories as they chowed down on their meal.