The arts have been in the structure of Mashonda’s DNA since her humble beginnings in Harlem. “Art has always been a part of my life,” she tells ESSENCE. “Growing up in Harlem, there was just art everywhere: graffiti art, mural art, photography – my uncle was a painter. At home in our house, there were always acrylics, canvases and paint brushes hanging around. It was always there.”

Mashonda’s journey has taken her from singer-songwriter to her true passion of art curation. Her career in music began as a writer for singers such as Monifah before she signed a record deal. As a solo artist, she’s collaborated with Eve, Jay Z and Snoop Dogg. As she began making strides in her career, Mashonda knew that art would be incorporated into her life. “As I grew older and started making money, it was never a question that I wouldn’t buy art. I don’t even look at it as an investment; I always just knew that I wanted good art at my house.”

It was while working as a recording artist that Mashonda realized the same issues and troubles she faced, artists in the art world also faced. “I started out as a collector then being a female artist myself, I realized there was the same sort of struggle in the art industry that it was in the music industry. They ran parallel to each other. I felt like the main one [issue] was that female artists weren’t being respected or being represented the same way as their male counterparts.” 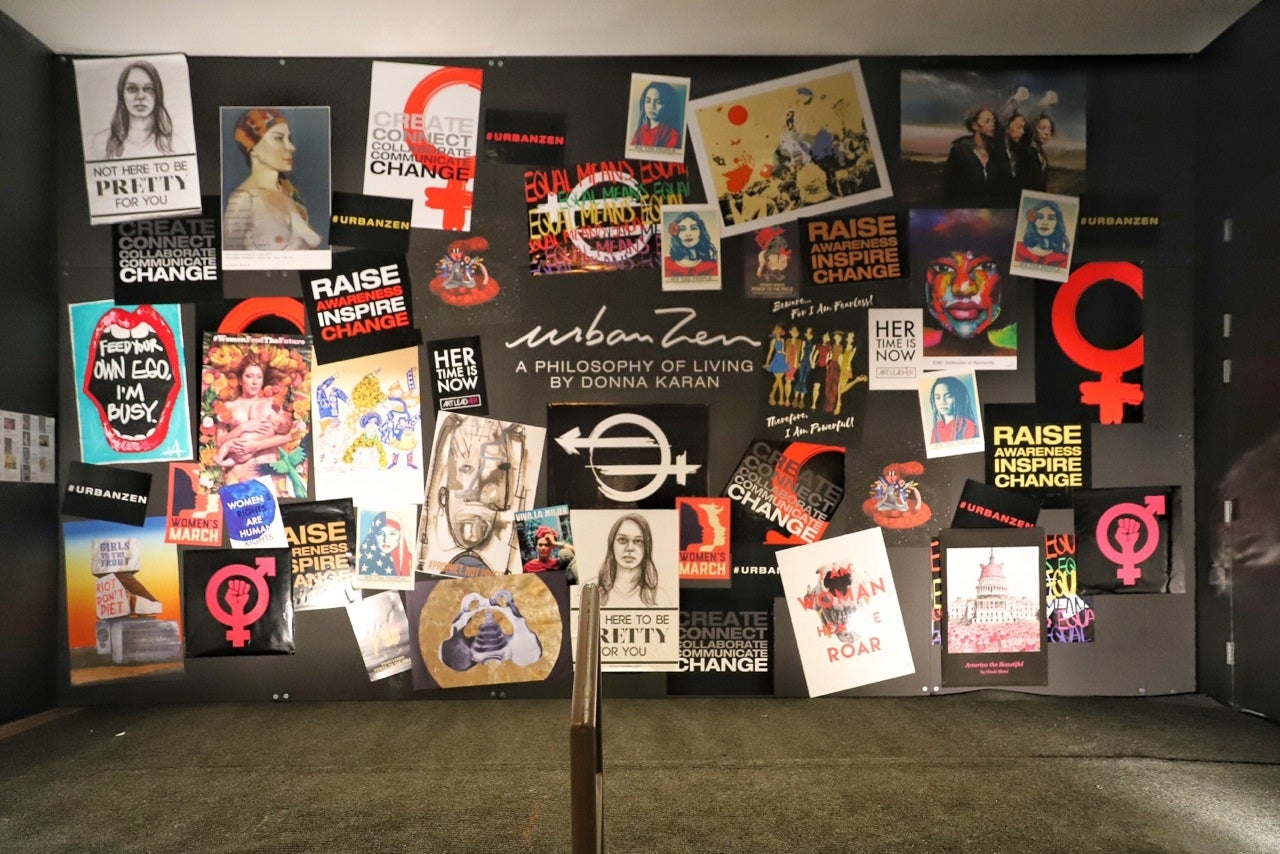 When she decided to get serious about art, she dove in head first. Mashonda didn’t want art curation to simply be a hobby, it was her calling. She started working at art galleries as an unpaid intern. Then she enrolled in the famed Christie’s Education New York where she studied modern and contemporary art. She practically immersed herself in the world of art.

“I visited many galleries and I’ve always realized there was a lack of women being shown on walls. It’s a treat if you walk into a gallery and there are 10 artists, five of which are women or even three. I wanted to make a change using my networking platform and all of the people that I know in the industry to create a place where women, only women can show their work and feel supported and that’s how I created ArtLeadHER.”

Mashonda launched ArtLeadHER two years ago as a way to celebrate and advocate for women artists in a male-dominated art industry. The organization offers support in the form of exhibition placement, social media exposure, artist residencies and mentorship. ArtLeadHER’s first show in 2016 was wildly successful with support from Beyoncé’s BeyGood organization and Gucci’s Chime For Change.

Mashonda wants ArtLeadHER to emerge as a platform that not only encourages young artists but also helps them network with their peers and become budding philanthropists. It’s more than an exhibition show. This summer, she’s launching the ArtLeadHER foundation to help send underserved girls to art school.

After wrapping up the successful all-woman art show ‘Her Time is Now’ at Urban Zen this month, Mashonda is already two steps ahead.

ArtLeadHER’s next show ’Senses and Perception’ debuted on International Sculpture Day on April 29th at Mana Contemporary arts center in Jersey City, New Jersey. Curated by Mashonda Tifrere and presented by Carole Feuerman Sculpture Foundation, the new show explores the dynamics of combining two and three-dimensional structures that push boundaries that are in constant conflict with one another.