What does it take for an underdog to come out on top?

For Phiona Mutesi, the Ugandan chess prodigy whose incredible life is the basis of the Disney’s latest undertaking Queen of Katwe, it means playing the game of life like a game of chess. Born in one of the harshest slums in East Africa, Mutesi has been able to overcome hundreds of stereotypes to to become an international chess champ, as well has having her incredible life story turned into a best-selling book and now movie (in which Lupita Nyong’o plays her mother).

“Chess is a lot like my life,” she recently said. “If you make smart moves you can stay away from danger, but you know any bad decision could be your last.”

Here are seven more facts about the young prodigy:

She had a rough childhood. Survival has been the name of the game for Mutesi, who grew up in the Kampala slum of Katwe. She lost her father and sister at a young age and was forced to drop out school when she was just nine years old. Infact, she learned to play chess before she learned to read and write.

We don’t know her age. Like many children born in Katwe, Mutesi does not know her exact birthdate. Her mother estimates that Mutesi may have been born in 1996, making her about 20 years old.

Chess saved her life. She discovered chess one day while searching for food, and found that she had a natural talent for the game. Mutesi rose through the ranks, becoming junior girls’ champion of Uganda many times. She performed at the international competition Chess Olympiad, after which she was awarded the rank of Woman Candidate Master.

She has big goals. Mutesi wants to become a Grandmaster, the highest title a chess player can attain. But limited access to elite training has stunted her growth so far. This may change once she graduates from high school this year: she hopes to go to Harvard one day.

The book that changed it all: She caught the world’s attention with the publication of The Queen of Katwe: A Story of Life, Chess, and One Extraordinary Girl’s Dream of Becoming a Grandmaster, an account of her life by sports journalist Tim Crothers. Crothers first wrote about Mutesi for ESPN Magazine. 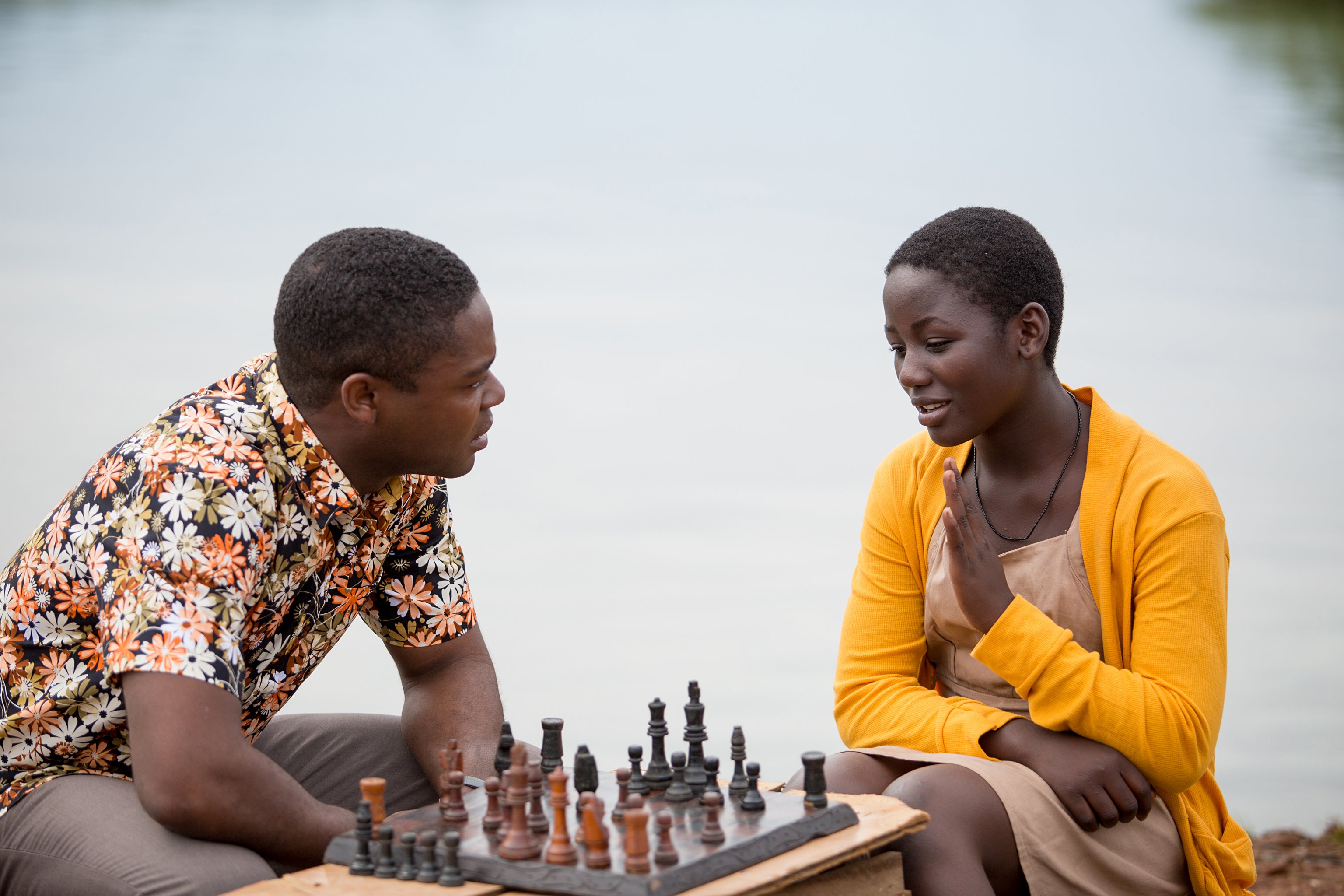 Lupita Nyong'o brings this true story of Ugandan chess prodigy Phiona Mutesi to life as only she can. In Theaters: September 23, 2016

When Hollywood comes knocking: Mutesi is still surprised that her story was being adapted for the screen by Disney: “That’s when I couldn’t believe it, seriously. I couldn’t believe that they were portraying amovie about my life.”

Her future looks bright. Mutesi is in the final year of secondary school at a boarding school in Katwe, and her family is finally financially secure based on earnings from the book and movie contracts.