Every few years, it’s not uncommon to see Assata Shakur’s name back in the news headlines.

Shakur is a revolutionary Black icon, whose legend has evolved into making her a patron saint of Black rebellion in the last half-century. The Queens, N.Y, native has been living in Cuba for over 30 years, after having escaped from the prison where she was serving a sentence for allegedly killing a New Jersey state trooper in 1973.

In 2017, President Trump announced that the US would impose new limits on US travelers to Cuba, adding that the US would consider lifting those and other restrictions only after certain changes were made — including returning American fugitives like Shakur.

“The harboring of criminals and fugitives will end,” Trump said to Cuba. “You have no choice. It will end.”

Cuba pushed back, refusing to hand her over, and adding another chapter to Shakur’s revolutionary life. The island has long been a haven for African-Americans who’ve committed “political crimes” or domestic “terrorism” (In the 1960s, Black Panthers such as Eldridge Cleaver, Huey Newton and Raymond Johnson all spent time in Cuba).

A mystic lore now surrounds Shakur, both in her four-decade evasion of law enforcement — she was the first woman to ever make the FBI’s most wanted terrorist list — as well as her proximity to hip-hop royalty — she is step-aunt and godmother to the late Tupac Shakur.

Here are eight things to know about her: 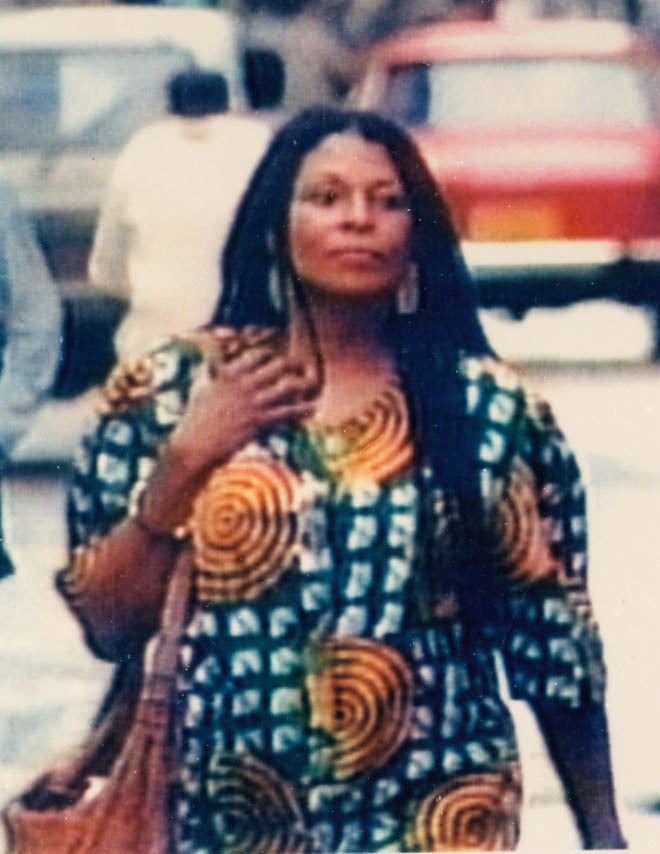 Charged and convicted with the murder of a New Jersey state trooper in 1973, Shakur, a member of the Black Pather party, escaped prison and fled to Cuba, where she has resided ever since.

Shakur was born Joanne Deborah Chesimard, in Jamaica, Queens. She changed her name to Assata Shakur in 1971. “The name JoAnne began to irk my nerves,” she writes in her autobiography. “I had changed a lot and moved to a different beat. I didn’t feel like no JoAnne, or no Negro, or no Amerikan. I felt like an African woman. My mind, heart, and soul had gone back to Africa but my name was still stranded in Europe somewhere.”

Shakur joined the Black Panthers in the late 1960s while in her 20s, but eventually became disillusioned with the direction of the organization and left. She then became a member of the Black Liberation Army (BLA), another militant Black organization that believed in open resistance.

On May 2, 1973, Shakur and two members of the BLA were pulled over by state troopers in New Jersey. State Trooper Werner Foerster and one BLA member were killed. While police maintain that Shakur is responsible in Foerster’s death, she has consistently denied the accusation. In 1977, Shakur was convicted on one murder charge and six assault charges and sentenced to life in prison. But there is much evidence to suggest the trial was not fair; her lawyer called the trial “a legal lynching and a kangaroo court.”

She escaped in 1979 with the assistance of BLA members posing as visitors to the prison.

Black Panther activist Assata Shakur was pulled over by New Jersey police, shot twice and then charged with the murder of a police officer in 1973. She spent 6 and a half years in prison before escaping and fleeing to Cuba in 1984. She was added to the FBI’s top 10 most wanted terrorist list in 2013. If you haven’t read her acclaimed biography, stop everything and read it now. Right now.

Shakur was granted asylum by Fidel Castro in 1984.

In May 2013, the 40th anniversary of her arrest, she became the first woman ever to be named on the FBI’s Most Wanted Terrorists list. There is a $2 million federal and state reward for her arrest.

Over the years, politicians have called for her extradition from Cuba, including Gov. Chris Christie of New Jersey, and most recently President Trump. 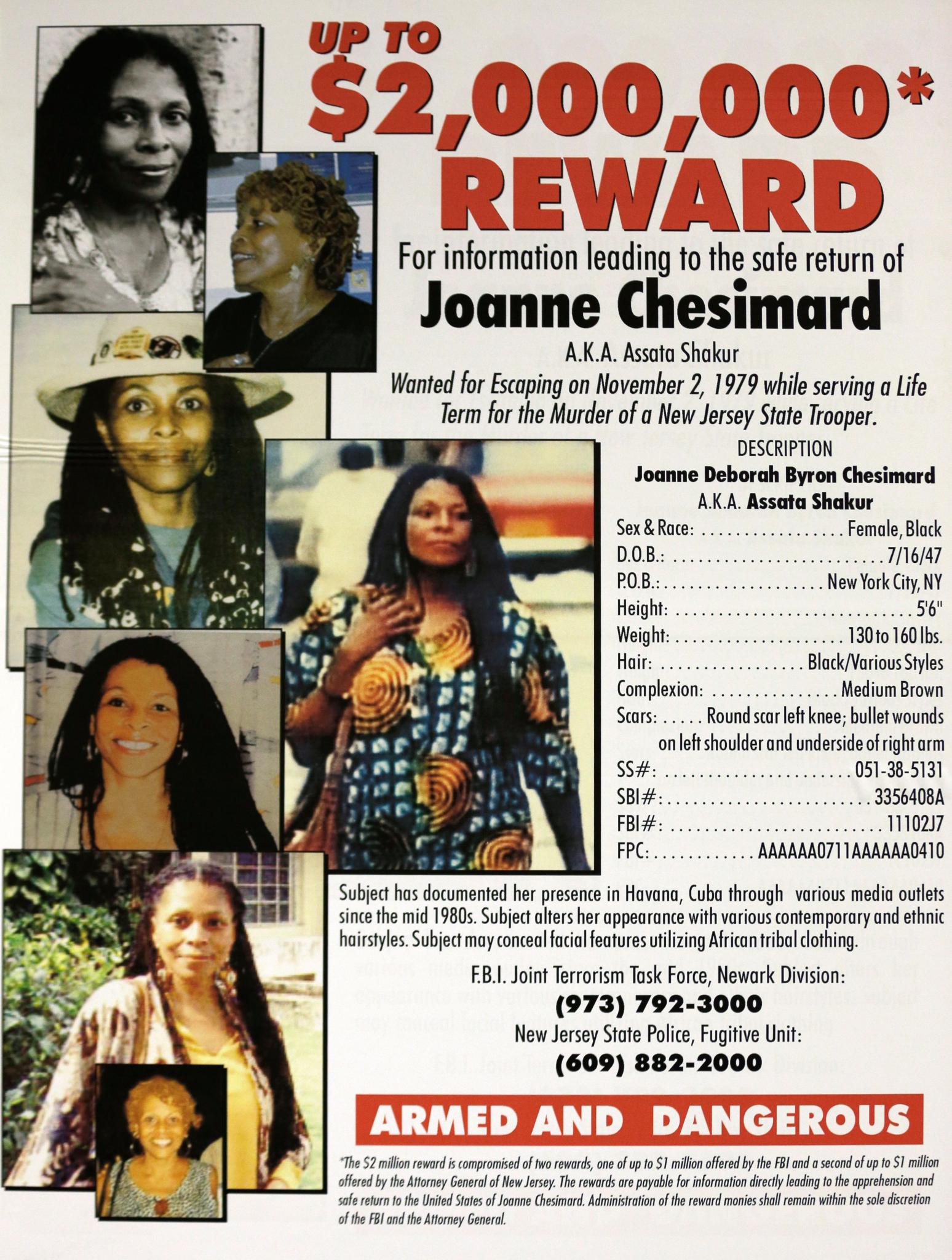 A poster with photographs of Joanne Chesimard, a fugitive for more than 30 years, is on display during a news conference giving updates on the search of Chesimard, Thursday, May 2, 2013, in Newark, N.J. The reward for the capture and return of convicted murderer Chesimard, one of New Jersey’s most notorious fugitives, was doubled to $2 million Thursday on the 40th anniversary of the violent confrontation that led to the slaying of a New Jersey state trooper. The FBI also announced it has made Chesimard, now living in Cuba as Assata Shakur, the first woman on its list of most wanted terrorists.

Many prominent Black thinkers and leaders have also maintained her innocence. Angela Davis, for example, has said that Shakur is a little threat to the U.S. government:

“Assata is not a threat. She is innocent,” she has said. “People really don’t know the details and are not aware of the extent to which [Shakur] was targeted by the FBI and the COINTEL programme.”

Shakur is an icon within hip-hop lore, having been cited in songs like Public Enemy’s “Rebel Without A Pause” to Common’s “A Song for Assata.” Being the godmother and step-aunt to Tupac Shakur also adds to her intrigue.