One doesn’t need to search hard to find insensitive advertising and creative campaigns from tone-deaf brands. In fact, with so many mishaps piling up, we’re often left wondering, Where are the Black employees? Surely if we had a seat the table these kinds of infractions wouldn’t make it past the finish line.

According to the U.S. Equal Employment Opportunity Commission, “There are fewer than 100 Black women executives in advertising, PR and related industries across the country.”  This means that out of 8,734 total executives working at an agency with more than 100 people, only 93 executives are Black women.

In an age where inclusion within creative agencies seems to have abruptly halted, three Black women have united in an effort to disrupt an industry dominated by white men.

With two-thirds of the managing team being ESSENCE alum, 19th & Park has taken advantage of the “contract worker age” by becoming a creative extension for those looking to achieve their marketing goals from the bottom up.

The name of this multimedia agency is a combination of where the three managing partners once lived in New York City. It also represents how this trio uses their differences as well as shared experiences in a way that strengthens their business model.

Each managing partner of 19th & Park bring their unique skill set to the team: Headen oversees business operations, White manages production and Januarie leads the creative direction of each project. “I call us the trifecta because we really hit people from every angle and kind of where one lacks the other one fills in. [From] all the environments I’ve worked in, I’ve never felt that type of synergy before,” White said. 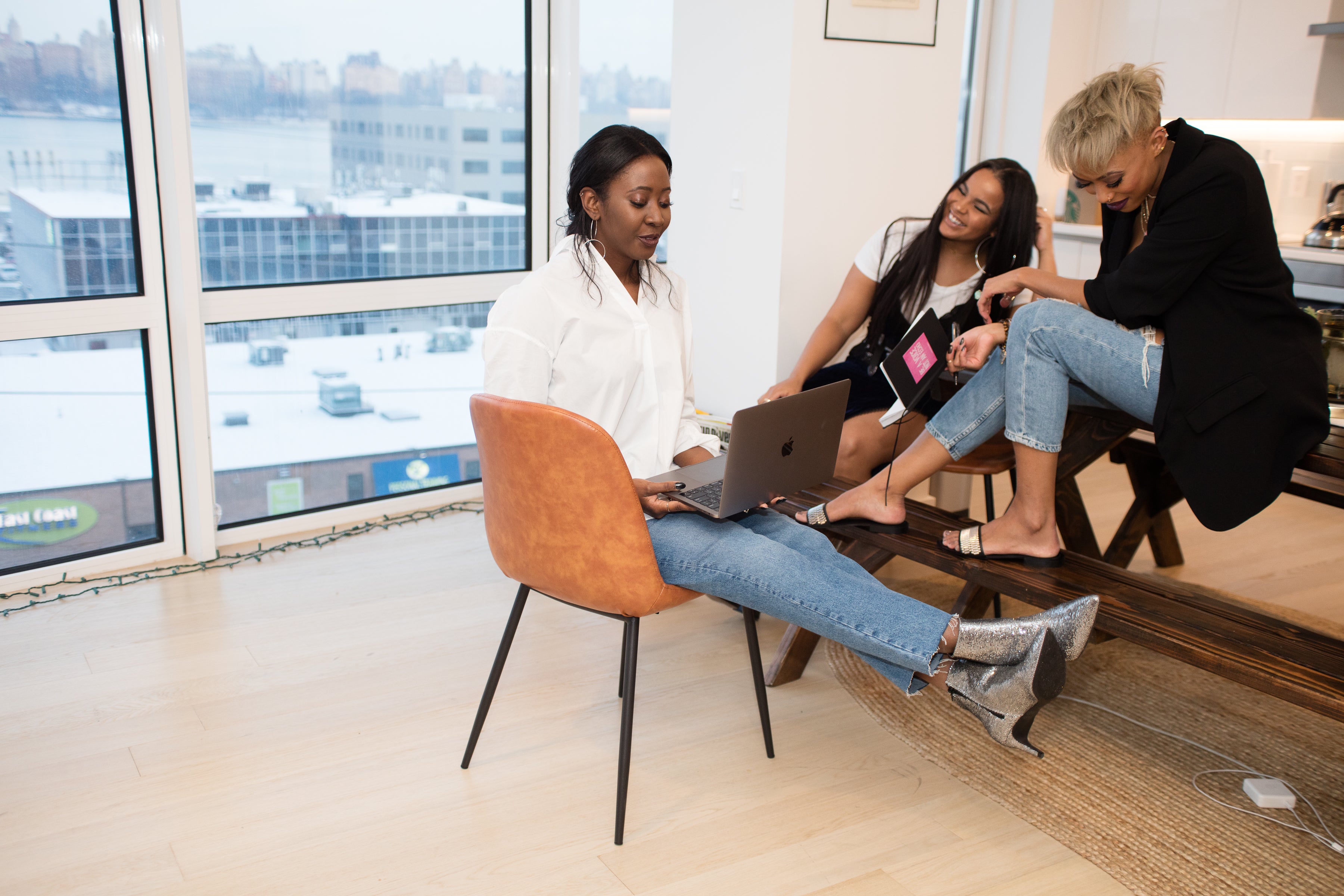 The company was manifested during the time Januarie and Headen worked at ESSENCE. They became friends while working together, which lead to conversations about starting a creative agency. After Januarie resigned from the magazine and moved to Los Angeles she expressed to Headen that she wanted to start her own thing.

“Through those conversations and just staying close in communication, we sort of naturally started working together outside of ESSENCE” Headen said. “It started with a couple of freelance projects here and there and as we were executing projects together and we noticed that we both had two polar opposite strengths. My strength really lies in corporate competency, figuring out systems to make sure things are in order, while Nicole is an amazing executor and I have no desire to ever execute in that way,” Headen said.

As for White, who was familiar with Headen and Januarie after working on ESSENCE Festival projects as a freelancer, she joined with the two women months later.

The founding of their agency comes during an era desperate for disruption; 19th & Park not only has three Black women at its helm, but the company employs more than 200 employees—many of whom are people of color.

“I think the conversation about inclusiveness is something that we like to strive for as well. We may be three Black owners, but the people we hire are not always Black. We like to work with people of different ethnic backgrounds. We like to bring in people based on their skill set and not their ethnicity, and I think that is a conversation that we need to start having with people,” Headen shared.

The company specializes in telling the stories of Black women and creating branded campaigns to share that experience with the world. “We are able to tell stories for Black women and shooting Black women is a whole different level of experience in working on a project or a creative piece then what seems to be the norm, because we’re speaking for us, to us. Everything is for us, by us. Therefore, having that type of portfolio opens up the door for other agencies, publications, and media companies to see what we can do. We can’t deny the fact that there is a struggle that has existed for a while in how to communicate with our community,” explained White.

These ladies aren’t waiting for seats at the table, but instead, are making their own room at the table and bringing others along with them. They are adding diversity and efficiency to rooms where multicultural divisions and departments have since been diminished in many creative agencies by presenting themselves as a brand’s in-house creative team.

“There’s not enough women of color speaking for the creative agendas of many brands. The seats at the table were empty and it was becoming harder to implement creative ideas from the media side if the infrastructure wasn’t in place on the brand side. There is a lack of resources all around the board, as companies are beginning to downsize on personnel but an increase in market visibility there is truly a gap in being able to facilitate these initiatives with the proper research, ideas and execution,” shared Headen.

That’s why 19th & Park has become an extension of brand’s existing marketing teams. With a full-service production and execution team, they offer creative consultation, brand development, budget management and project for all creative products.

Though, in addition to multimedia domination, White, Januarie and Headen are paying it forward by creating even greater opportunities for Black women. The three women plan envision an ecosystem of informed executives.

“By creating tactical course curriculum, offering fellowships, and making a creative incubator that will fund creative projects each year, we are looking to be more than an execution agency, but a true bridge to close the gap in gender and race inequality in the creative execution industry,” Headen says.