Father’s Day has a special meaning for Dale Elliott, the breakout actor of Sprinter, the Will and Jada Pinkett Smith produced feature that won three top awards at the 2018 American Black Film Festival. According to Sprinter’s director Storm Saulter, Elliott’s real-life parallels the character Akeem — a young Jamaican track and field star desperate to reconnect with his broken family.

“I met my father for the first time because of this film,” Elliott bravely told the ABFF audience from the podium of the Best of ABFF presentation. The film received back-to-back wins, including best director, best narrative and the audience award.

Director Saulter elaborated on Elliott’s watershed moment: “Dale’s real-life story is way more extreme than his character’s. He hasn’t seen his mom since he was three and he hasn’t seen his dad since he was a toddler. On a trip to America to shoot one of the party scenes, that was the first time Dale ever met his dad. This film literally brought him closer to his own father.”

Sprinter follows a very common immigrant story: families torn apart by the promise of better jobs in America. “It’s a typical Caribbean story about one parent or both parents working overseas to send back money to support the family,” says Saulter. “That’s the reality of Akeem: He thinks his mom will come back when he’s seven or eight but now he’s 17 and she’s been away for a decade. They’ve had a relationship through Skype.” 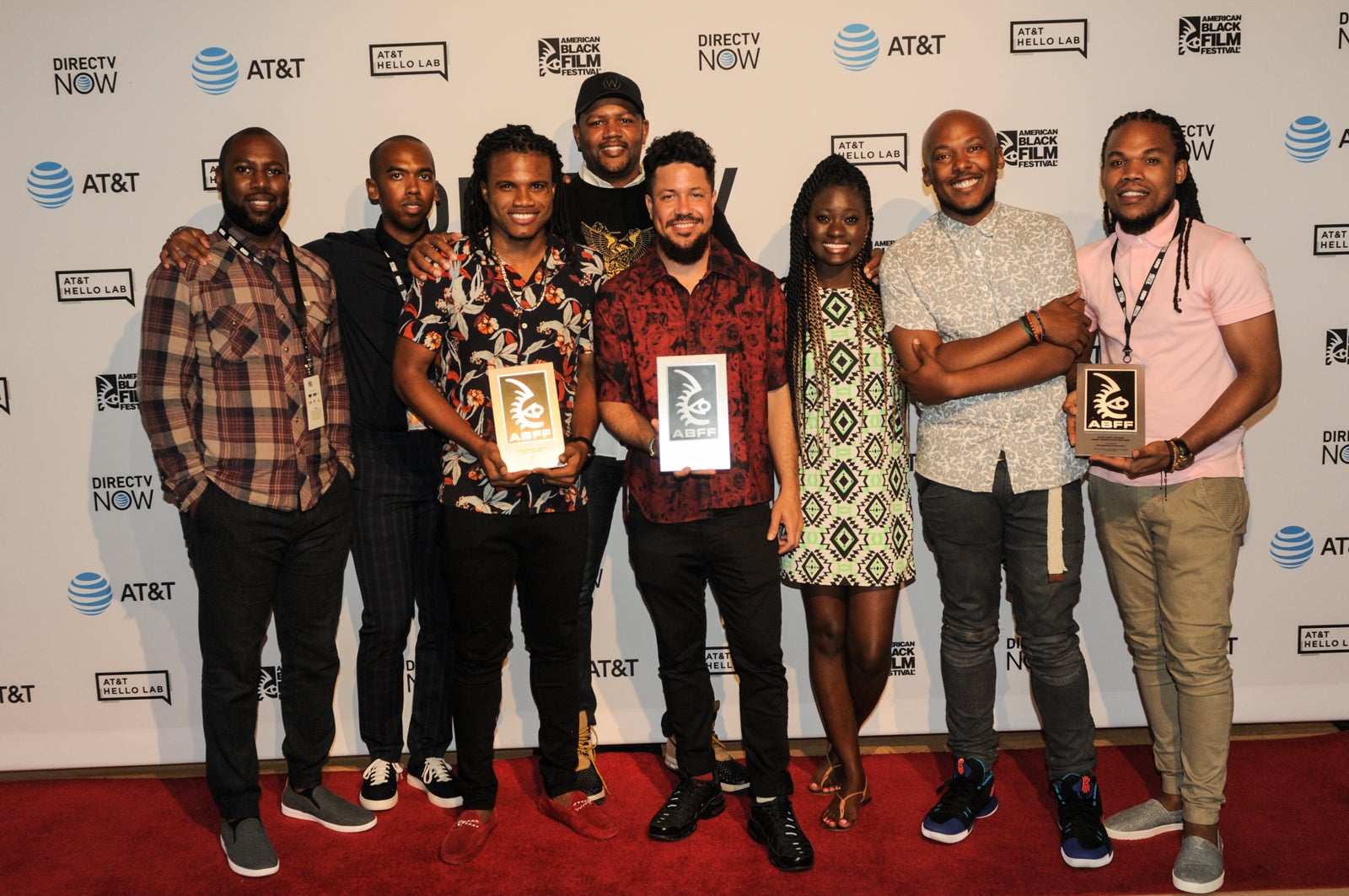 But for the newly minted award-winning director, Sprinter’s also a nod to his country’s decade-long dominance in track and field. “Akeem’s kind of running for everybody but himself. He’s running to get back to his mom, he’s running to be like his big brother. Akeem hope’s he can bring his family back together if he just runs fast enough.”

For Saulter and his producer Robert Maylor, Sprinter’s impact is twofold: “This is the first feature in a long time to come out of Jamaica,” Saulter says backstage surrounded by his cast and producers. “We have a movement happening in the Caribbean and Will and Jada recognized the potential and the value in the story.” To which, Maylor widely grins, “We’re taking these [awards] back to Hope Road!”

When asked if Saulter hopes Will Smith will add the news of Sprinter’s ABFF awards to Will Smith’s addictive Instagram feed, Saulter quickly responds with a big laugh, “Hey, I’m waiting. The Sprinter trailer needs a remix!”

Check out the full list of winners from the 2018 Best of American Black Film Festival “Best of ABFF” presentation:

Best Documentary (2018 Jury Award): Not In My Neighborhood by Kurt Orderson