There are infinite reasons to love Whoopi Goldberg. She’s hilarious, talented and lately she’s been quite the style influencer. She has the most diverse shoe collection on the planet, just wore a Vetements hoodie on The View and was spotted front and center at every major fashion show during New York Fashion Week — Hood by Air, Marc Jacobs and Opening Ceremony to name just a few. And this fall she’s combining all of her stylish qualities into one very exciting project: Designing her own line of holiday sweaters for Lord & Taylor and Hudson’s Bay!

When we caught up with the star to learn more about the collection, she was very clear on one thing — they’re not “ugly” sweaters. “Mine don’t really fall into the category of ugly,” Goldberg tells PeopleStyle. “They’re just fun. They’re different.” 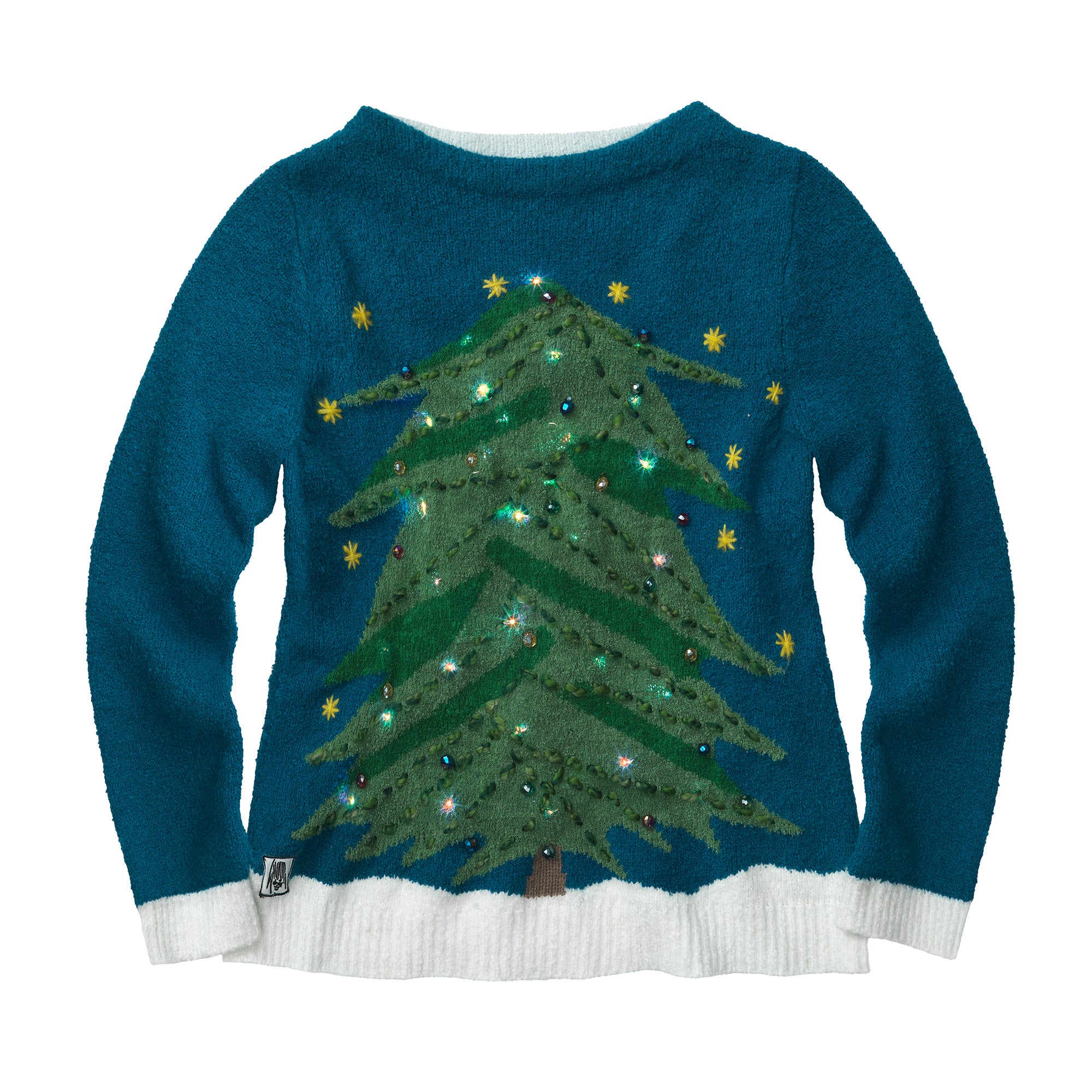 They’re actually much more thoughtful than your typical “ugly sweater” because each item in her nine-piece collection has a sweet meaning behind the designs. “I have one that I call a Charlie Brown tree,” she says. “It’s the tree that is in the [A Charlie Brown Christmas] special, with one twig and it’s just kind of looking sad. Then when you turn around in the sweater you see the tree as it sees itself, which is as this big, big lush Christmas tree with lights that light up! So the sweater lights up too.” 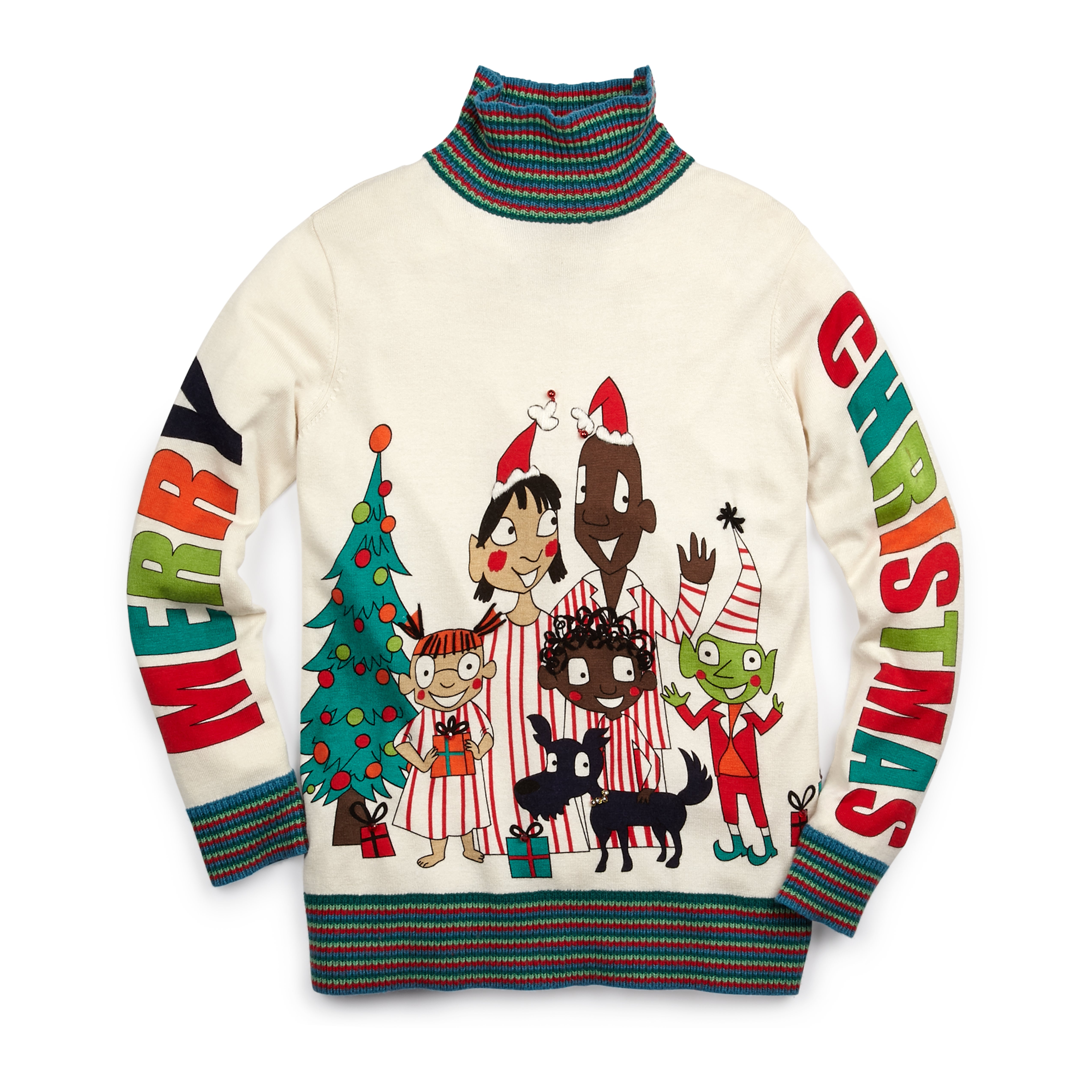 Another thoughtful design is one depicting a family. “There’s a family where everybody looks kind of the same except one person,” she explains. “And nobody really cares because it’s family and it’s the holidays and who could be upset about that? So it’s really all about love and family and being good. It’s really about love.”

But when asked if she has a favorite, she just couldn’t choose one. “I can’t because I really love them all. They’re just fun and they’re sweet. Listen, we have a sweater that looks like a Christmas tree skirt — it’s kind of fantastic — and it says ‘Happy Holidays’ on it. It’s a reminder that regardless of what we all believe in the holidays are for everybody.”

Goldberg first started getting into the Christmas sweater craze eight years ago because “they’re fun and I like them.” And after mentioning to her business partner Tom Leonardis that she’d like to design her own sweaters one day, he helped get the ball rolling working with the help of their mutual friend Gary Wassner, the CEO of factory firm Hilldun Corp. “They have the mills, the materials, so I said, Okay! So that’s how that all came about and we’re doing it,” she explains. 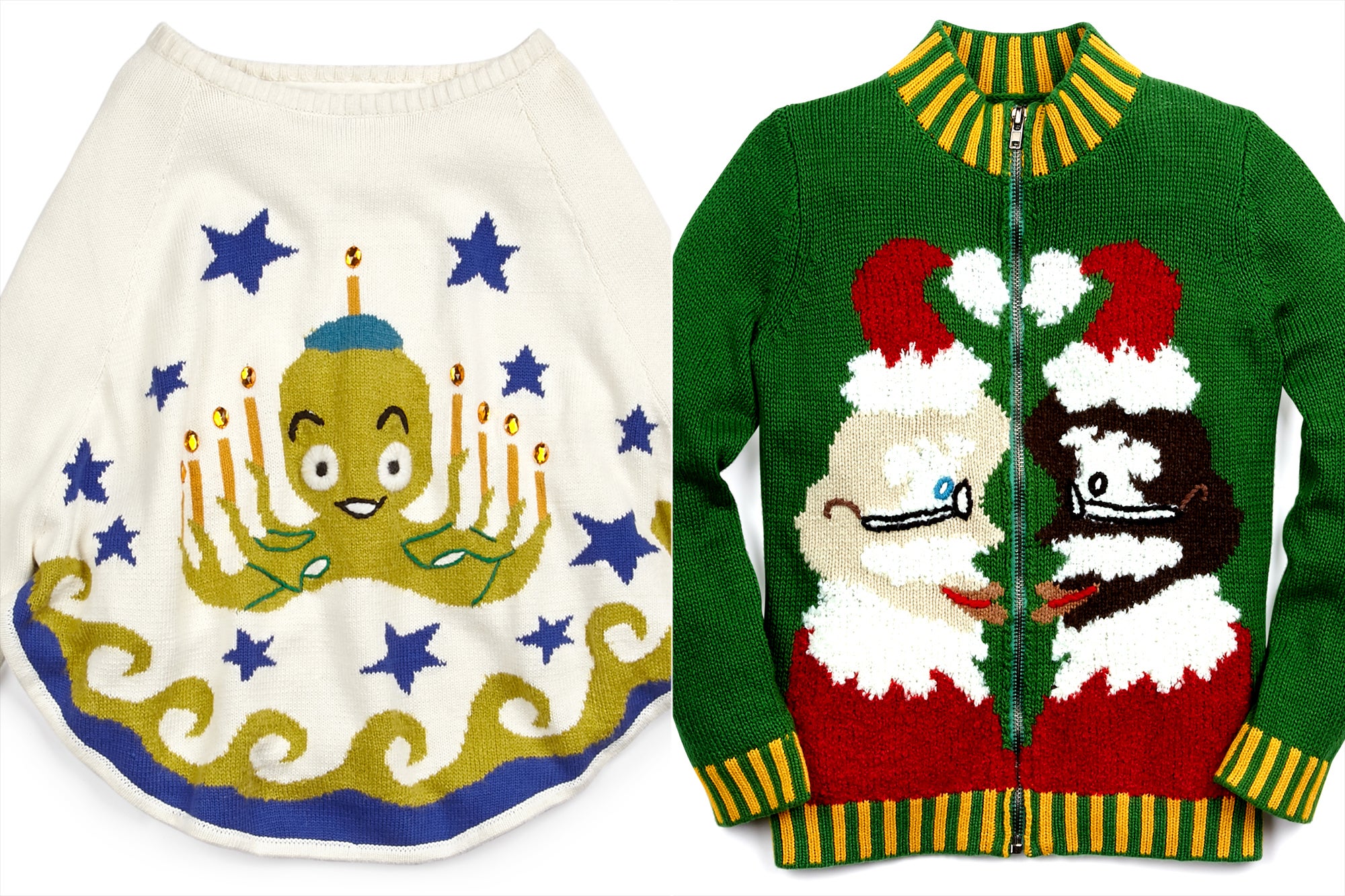 And for Goldberg, coming up with designs was the easiest part: “It’s just how my mind works. I think of odd things all the time and I think ‘Wouldn’t that be fun to wear?’ I think they will be fun to wear.”

She credits her sense of style to two industry insiders who champion individuality, André Leon Talley and Tim Gunn. “They both pretty much said, You are your own style, so have a good time with it. And it’s like ‘Ah, thank you!’” she said. “‘Cause sometimes you think, ‘Oh, I don’t look like this person or that person.’ They basically said just, Be you and you’ll be fine. So that’s what I’m trying to do.”

Goldberg is already game to create more next year (“If they let me, yeah! I think it could be fun because there’s a lot in my very twisted brain.”) as well as to expand her design credentials a bit. “I want to get into eyeglass design and probably sock design because I love my socks as well,” she says. “I’m very slow at everything so we’ll see how well this does and if it does as well as I’d like it to maybe they’ll allow me to design more things and maybe they’ll be [sold at] other places as well.”

As for shoe design, she’s happy just being a collector for now. She says she shops for new pairs daily — mostly online and through friends who send her ideas — and she purchases almost all of her pairs. “I buy all my shoes so I can wear them and if I choose to talk about them on the show I can,” she says. “If I haven’t bought them, I don’t speak about them. But pretty much everything you see I’ve bought and paid for because I love them. Why be boring if you don’t have to be?”

Here are my shoes for today. Happy Cinco de Mayo!!!

Here are my wedges from today's show. Have a great night!


Believe it or not, her quirky shoe styles actually serve as a useful distraction while she’s filming The View. “It makes me feel good because I can look down at my feet if I’m trying to hold my tongue, you know, and it gives you a beat to be thoughtful,” she says. “So I’m always trying to find ways to have a good time.”

Seeing these holiday sweaters, we believe it! You can start shopping the sweaters on November 1 at Lord & Taylor and Hudson’s Bay stores and online for $139 each.