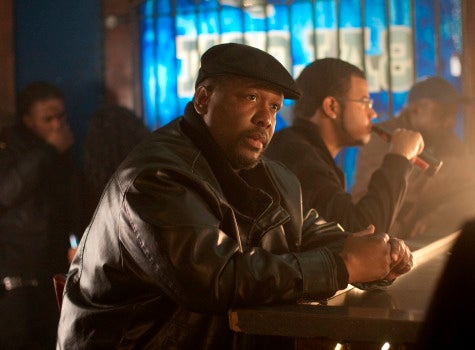 Just last month, Wendell Pierce embarked on HBO’s “Treme,” a project that’s very close to his heart. Already a fan favorite (and greenlit for a second season), the series is set in his beloved hometown of New Orleans, three months after Hurricane Katrina put a serious hurting on the city. It’s a time and place he knows well. Pierce rang ESSENCE.com from the set of “Treme” to discuss (and defend!) his new character, why he felt it absolutely necessary to study the trombone and why culture is so important to his fellow townsmen. ESSENCE.com: Wendell, you seem like you might be a nice guy, but that Antoine Batiste is… WENDELL PIERCE: [laughs] Antoine is a nice guy, too. ESSENCE.com: He’s a total piece of work. Actually, he’s kind of a dog! PIERCE: He’s just a little bit confused, that’s all. Antoine is depressed and I think he’s acting out. While he’s certainly flawed in many areas, the one thing he does have together is his music. Also, I think that his issues have been exasperated by the fact that the storm has completely thrown him off. He really does care about the people in his life, but he just can’t seem to pull it all together, in the right way. ESSENCE.com: What was your initial thought when you read the script? PIERCE: Creator and Executive Producer David Simon had been telling me during the last season of “The Wire” that he was thinking of doing a New Orleans-based show and asked me to read one page of dialogue. The characters weren’t named or anything, but I absolutely loved what I read. He said he was going to pitch it to HBO and when he walked away I thought, “He’d better put me in this show about New Orleans!” [laughs] ESSENCE.com: Rumor has it that you learned to play the trombone for the show. PIERCE: Yes. I believe that it’s part of the logic of preparing for a role. I hate to see actors portray musicians and you can tell that they know nothing about the instrument or about music. Musicians — and in this case, jazz musicians — are very disciplined. They get up in the morning and put their horns to their mouths. They sleep with their horns and they practice every day, all day. I knew I couldn’t fake that. ESSENCE.com: It must feel pretty good to represent for your city in such a way. PIERCE: It feels great! I definitely feel a sense of obligation with regard to how the city is portrayed. Our culture is important to us and we understand that it’s not just something to be reflected on or to be [shown for] entertainment. It’s the way people intersect with life, how we deal with our strengths and weaknesses, who we are, where we’ve been and where we hope to go. When you call home and ask how somebody’s day was, you talk about the music they heard last night or how the Shrimp Creole they had for lunch was prepared. That’s our culture. That’s New Orleans. “Treme” airs Sundays, at 10 pm, on HBO.