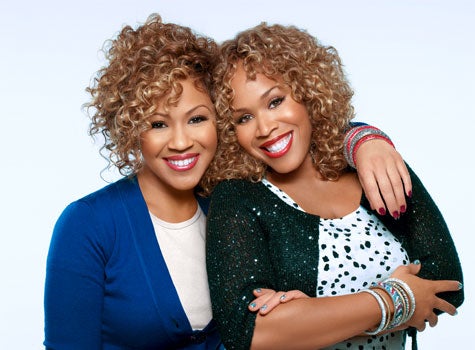 You know folks, Erica and I have had this one consistent problem since Mary Mary began. And it’s arguing like straight up cats and dogs during promotional season for each new CD.

It greatly strains our working relationship. It makes it completely hard to focus and be our best, spread good news and inspire when we’re acting every way except inspirational.

We generally begin promoting new music months before and basically throughout the duration of the project’s life, but an intense promotional schedule happens the month before and month after the release.

We make an effort to hit every region of the country and the world to create a mass awareness, that Mary Mary has a new project coming soon. This schedule has completely filled days and nights. We may be in three states or two countries per day. We work 14-hour plus days. We generally sleep two-and-a-half to five hours max per night (the later hours are usually less likely). We go nonstop, and consider this, we have to sing, talk, smile, meet and greet people, be lively and in the best spirits all day long, sometimes without meal breaks or individual space.

We’re usually hungry, tired, missing our families, our own beds. Not to mention, anything that could go wrong at home just might and often time does, and we’re not there, to fix, help or just be involved. All things considered, most times it gets really tense.

Well, after each episode of tom foolery on every single new CD release, we want to quit the group and stop representing God and our faith, after acting Godless and straight up ignorant with each other. Our lil’ episodes are usually followed by a gang of guilt, shame, and eventually apologies. Guilt and shame follows for a few reasons: we know better than acting like enemies when we’re family and that’s greater than our professional relationship, we don’t want to embarrass God, acting like out of control, angry, frustrated ungrateful women, then it’s embarrassing to look at ourselves as adult when we’ve been acting like contentious, simple teenagers. It’s a very sore place for us, after the fact, of course. We hate ending up there and have vowed to grow beyond that.

Well guess what people, we just finished an intense promotional schedule and there were no arguments, lack of consideration, tension, or anything like it. This time we decided to pray, intently, every single night before closing our eyes and every single morning upon opening them, that our God given agenda of spreading good news, inspiring, and just representing with excellence, would overshadow any kind of tension that could possibly arise.

We prayed that we would consider our agenda and one another before we considered ourselves. We prayed that we would be so grateful for every blessing, personally and professionally, that there’d be no time for complaining or entertaining issues. We prayed that we would agree for the sake of unity. And guess what yall, it worked. A commitment to daily prayer might seem impossible, especially for those of us with full and hectic schedule but we’ve realized that we’re the ones who need it most. We just believe when we give God our 1st and our best, we can expect it in return. Sometimes the return is learning how to look beyond the problem(s) and focus on the solution so we’re able to reach them quicker.

Sometimes the return is being at peace in the midst of the problem. Sometimes the return is having the ability to, more easily and willingly, give up our personal agenda for the bigger picture. Sometimes is being able to squash our individual egos to be a better team. Whatever the case, the value of ending and beginning our day with prayer, be it 5 or 50 minutes, is much greater than being right, having the last word, getting something off our chest or simply stroking our own egos, could ever bring. And more importantly, starting the day off with prayer brings change and growth, that seem so impossible with out it.

So people, we’re more convinced than we’ve ever been, if we wanna grow, we gotta pray.  It just works that way. The sacrifice of our time for prayer has brought a greater return than any investment we’ve ever made. We all want to sleep, we all got all the things to do, but trust us, everything better when you start and finish with prayer. So pray and watch yourself, your business, your career, your family, your dreams, your ability, your peace, your patience, your contentment with whatever phase of life your in, watch it all grow. When you pursue prayer, you pursue growth. Always easy, no. Always worth it, YES

Love Big; Live Big; Give Big; ….Do SOMETHING BIG!!

Click here to pre-order your copy “Something Big,” out March 29th.