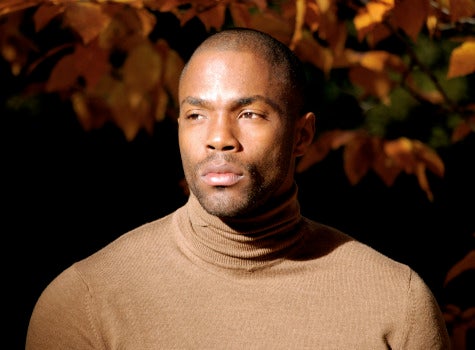 It seems that everybody gets some dirt and blood splattered on them in the crime drama, “Brooklyn’s Finest,” opening Friday. Tobias Truvillion is no different, even as he holds his own alongside Wesley Snipes and Don Cheadle. You might recognize Truvillion from his recurring role on “One Life to Live,” but in director Antoine Fuqua’s latest film, he’s anything but soap opera-clean. “Gutta is an undercover cop who’s trying to set up Caz, played by Wesley Snipes,” he says of his character. “Caz is at a point where he has to decide whether or not he’s going to make the deal that could further his street career, but little does he know that he’s being set up to take the fall.” Though his role is a bit underhanded, the Flushing, New York, native couldn’t be more thrilled about joining the film’s ensemble cast. In fact, he’d auditioned for another character and didn’t even flinch when the director switched things up at the last minute. “Antoine and I were talking one day and he looked over at me and said, ‘I know what to do with you.’ He has such a tremendous vision and I feel so blessed to be a part of this film.” Along with his big-screen adventures, Truvillion, who’ll next star in “The Tested,” is taking the off-Broadway stage by storm in the play, “Black Angels Over Tuskegee.” But for the moment, he’s got his sights set on opening weekend. So, how does he feel about the bloodshed? “There is a lot of blood and gore and suspense in the film–it’s definitely not a ‘chick flick,'” he laughs. Read More: