Fostering economic empowerment within communities of color in today’s society has been an ongoing effort on the part of everyone from civil rights leaders to celebrities over the course of the last few years. Now, two of the most respected names in business and entertainment are joining forces to take the initiative to the next level.

Among many other things, beloved power couple Tina Knowles-Lawson and Richard Lawson have both established solid industry reputations for their individual outreach efforts targeting young people of color throughout their respective careers. We spoke with Mr. & Mrs. Lawson just ahead of the upcoming Wearable Art Gala, celebrating the launch of their brand new WACO (Where Art Can Occur) Theater & Performing Arts Center, and they gave us the scoop on working together to bring the center to life, the importance of learning the true power of the Black dollar and much more.

A businesswoman, mother, wife and daughter who came from very humble beginnings herself, Miss Tina is very much aware of the true impact that mentorship can have on a young women who are just beginning to navigate their way through life. While very grateful and blessed to have had amazing parents who did much with what little they had growing up, the 2017 ESSENCE Fest speaker says it was the influence of her brother’s girlfriend that changed her life.

“As a teenager, my brother’s girlfriend came into my life and I just thought she was the bomb,” Mrs. Knowles-Lawson tells ESSENCE. “I followed her around and she could just say anything and it would influence me. She took me to my first nice restaurant, bought me my first nice handbag and took me to my first Alvin Ailey show when I was 14, which changed my life. More than that, she was always telling me things like, ‘You know, you are fabulous, you can be anything you want to be,’ and, ‘You’re so artistic; why don’t you go learn how to do makeup or hair or design clothes?’ Nobody had really ever had that conversation with me and I get really emotional about it because, that changed my life. And look at the things I’ve been able to accomplish! I would have never thought in my wildest dreams that I would be doing what I am doing.

So, I know what mentoring can do. And I know what one person in your life that cares about you…other than your parents….how influential they are. So, it’s very crucial at the age of 12 or 13, that you have that role model and that person that will get you out of your comfort zone and make you want a bigger and better life.”

A film professor and accomplished Hollywood actor, Mr. Lawson knows a thing or two about how art can bring about a positive change in the mentality of today’s youth and in the communities they come from overall.

“The point of the center is that we would be using art as a way to empower the community,” Mr. Lawson says. “The youth in our programs are 12 and 13 years old and the whole point is to mentor these young people to provide empowerment, education and to expose them to things that they would not otherwise have the opportunity to experience. The goal is to help them become more productive people in their communities, in their lives, and in their families. At the end of the year-long program, those 12 and 13-year-olds will continue, but they will also be able to help the younger people coming in the following year. They would become both students and mentors.” 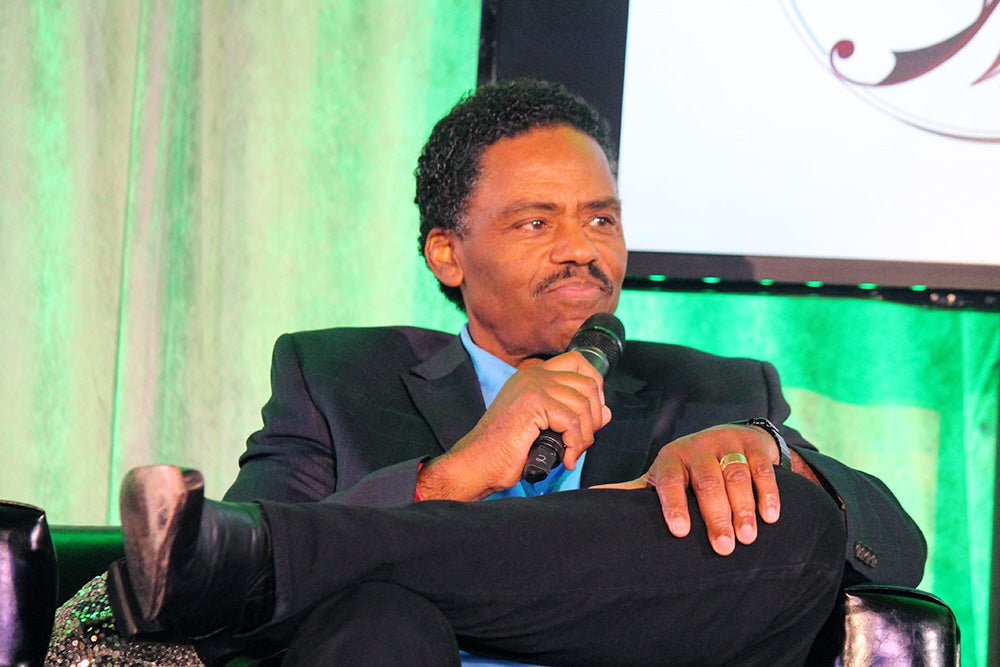 In addition to the two on-site youth mentorship aspects of the new WACO theater, which will be provided through their individual mentorship organizations, “Tina’s Angels” and “Richard’s Warriors,” the Lawsons will also mobilize the center. The WACO Mobile Arts Theater will provide for enriching artistic experiences including theatrical performances, live music and comedy shows that will take place within various surrounding communities.

“For the third component of the center, we will convert four 40-foot cargo vans into a stage and set up in local, underserved communities in the L.A. area on the weekends. On Friday nights, we’ll have theater performances; on Saturday nights, we’ll have live music; and Sunday night will be fore comedy and poetry,” Mr. Lawson says. “The whole community will be invited and one of the draws for the weekend will be that we’ll have known artists performing so people will want to come out. So, we’ll have this weekend of art.”

Perhaps the one the most remarkable features of the center’s mobile aspect will be the use of digital display screens placed on the sides of the cargo vans. In addition to displaying things like information about local small business and imagery from local artists, the screens will also act as an ongoing digital database to build the WACO network and keep the community informed about next steps and upcoming events. An ultimate goal derived from this portion of the center’s function, Mr. Lawson says, is to eventually create a complete “Black and Brown book” filled with listings of Black-owned businesses across the country.

Although the project itself is 2 years in the making, Miss Tina says it’s been a goal of hers since she first began exposing her own children to African-American art forms as young girls. 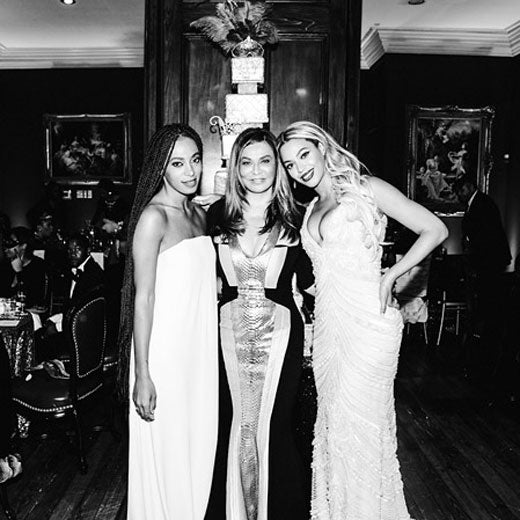 Tina Knowles has clearly done something right. Her girls set the stage whether it's through ground-breaking business moves or show-stopping style. We're taking cues from this trio.

“I had actually found a space in Houston, TX where I retired,” she says. “It’s always been a dream of mine to open a place like this. When my kids were young, we used to go to a place called The Shrine of the Black Madonna in Houston. It was an African-American bookstore where they sold paintings, but they also had a room that was an all-purpose center. If you wanted to have a dance recital or anything that was related to the community activities, you could have it there. We were middle class but, we lived in The Third Ward, which is a mixed-class African-American area. There was also a place called The Shape Center that became such an important part of my children’s growth and their creativity. They could go there and see art; they had Black books by Black authors and the Black authors would come in and read the books. It was jus so important to the community and how it affected the youth in the community. Secondly, I’ve always supported a lot of young, visual artists. When I had my clothing line, we did t-shirts and we used to proceeds to buy art supplies for struggling artists.

So, I always said, if I ever had the chance, I would open a center like this.”

During the day, the WACO theater center’s students will help facilitate the transformation of the mobile platform into an educational function, where members of the community will receive free information, advice and training on topics sensitive to people of color.

“In the daytime, we’ll be having health fairs where we address subjects like obesity, Hepatitis C, HIV and other health-related issues within the Latin and African-American community,” Mr. Lawson says. “We’ll have job fairs, we’ll have empowerment workshops, and we’ll have fiscal literacy workshops where financial institutions will help to empower people in terms of how to manage and invest their money. Ideally, we would also have Black financial institutions and venture capitalists as sponsors. In the daytime, this arena will be a platform for information to empower the community. The whole point is to increase the amount of time that money stays in our community by empowering people with the kind of information that’s going to embolden these communities and create entrepreneurship opportunities.”

After reconnecting with Mr. Lawson — whom she says shared her dream of creating a space where mentorship and art could combine to empower communities of color — Miss Tina hit the ground running in search of a new location for the center in her new L.A. stomping grounds. And as they say, the rest was history –a history that Tina lives and breathes, according to her husband.

“Tina is the most conscious Black person that I know,” Mr. Lawson says of his wife. “So much so that in terms of art and music and fashion and every way that she can, she is reaching out to build value within the Black community by providing a hand up, not a hand out. Together, we just have a consciousness of trying to change the landscape and create a greater degree of trust.”

When it’s all said and done, the Lawsons hope to have established a space that reinvigorates a larger sense of awareness, unity, economic value and belief in one another among African-American communities across the country. 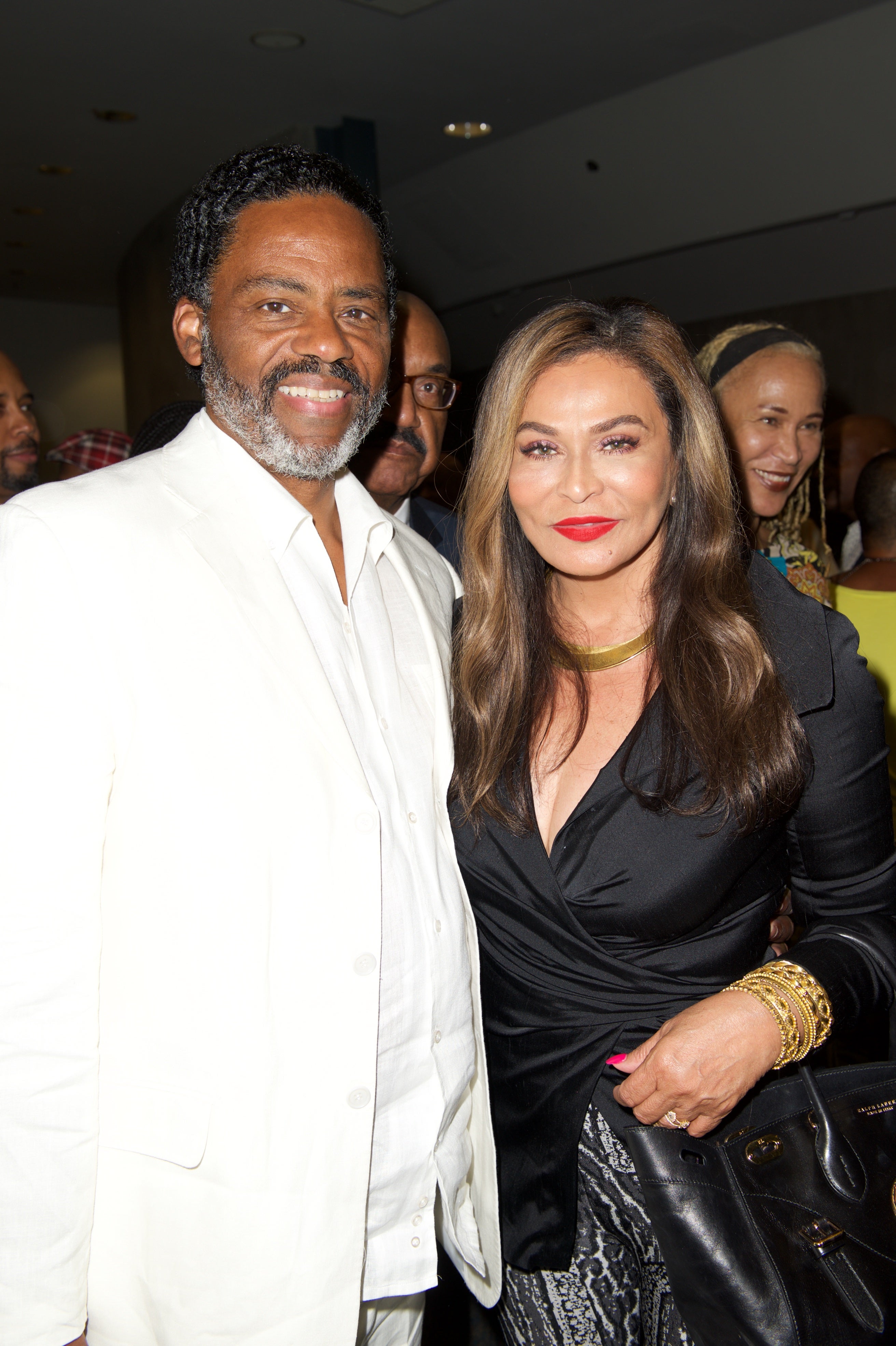 Mama Tina didn't give up on love. She and her husband Richard Lawson found each other later in life and live nothing but bliss.

“We say the phrase ‘Where Art Can Occur’ over and over because it so perfectly explains that everything about this comes from a place of art but, it’s also about change,” Mrs. Knowles-Lawson says. “It’s about a better community where everybody is welcome and where there is no judgement. My kids would not be where they are today without The Shape Center or The Shrine for the Black Madonna. They will tell you if you talk to them, they were in every kind of art thing going. I kept them so busy that they didn’t have time to do anything else. All of these places that affected my kids and who they are today, what if we could roll all of those places into one? So, that’s exactly what this is.”

“The reason why money stays in other communities longer is because there’s a greater degree of trust among each other,” Mr. Lawson added. “Every other community, they buy from each other, they sell to each other, they take care of each other and they trust each other in business. And we don’t. When given a choice between a Black business or a non-Black business, we would go elsewhere first because we think our service will be better. That’s one of the things we want to change by helping people understand that we have to work together.”