Robert Sebree/PET
By Sydney Scott · Updated December 6, 2020
It’s all about back to school at Tia Mowry-Hardrict’s house as her son Cree gears up for a new school year. But the actress admitted she was surprised to learn that her 7-year-old son, with husband Cory Hardrict, was victim to bullies at such an early age. “To be honest with you, I was pretty shocked to see how early on bullying takes place,” the actress told ESSENCE. “I think it’s really, really important to socialize your kids and how I prepared was involving play dates and traveling with my son.”
Loading the player...
The 40-year-old actress added that she decided to “start young” when it came to preparing her son Cree for school “so that…when they make that transition of going to school, it’s not so much of a shock about being around other people other than your parents, or other than people you’re familiar with at home.” Despite that setback, Mowry-Hardrict, who recently welcomed baby number two, said that her son is a social “butterfly.”

He may be almost turning 7, but he will always be my baby. ❤️

“Cree absolutely loves school. He loves all of his friends,” she added, noting that her son is pretty popular at school. Cree’s interest in school also makes picture day, which can sometimes be a point of contention between parents and kids, a little easier. The actress adds that the key is to make sure your child feels comfortable and confident in what they’re wearing. “I think it’s important to just let your child be themselves,” she said, “and feel comfortable and free because when they feel comfortable and free, then they still feel like themselves.” Mowry-Hardrict, who recently teamed up with Lifetouch, a professional photography company for families and schools, is no stranger to school bullies herself. But the actress said she was lucky enough to have back-up — her twin sister, Tamera. “I remember I was bullied for my hair and just having big poofy hair,” she recalled. “And I remember I also had buck teeth when I was little, and they would call my sister and I the buck teeth twins.” 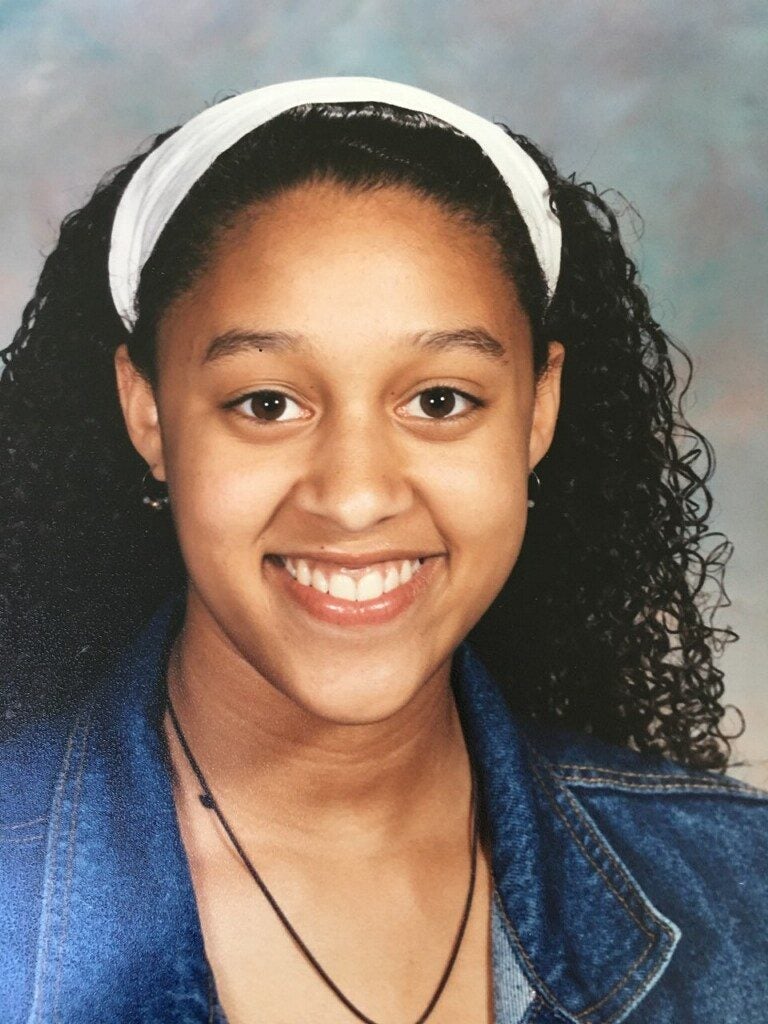 She added, “It was pretty tough, but I mean, the good thing is that I had my sister and she was right there by my side. And I think it definitely helped with dealing with bullying because we had each other.” We’re glad that Mowry-Hardrict had her sister (sister!).