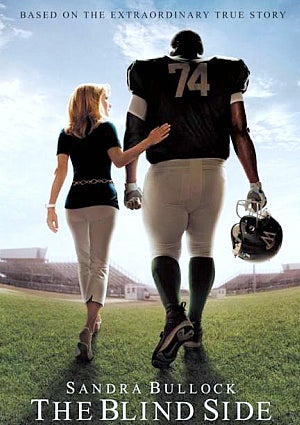 You might not recognize his name, but we bet you’ve seen some of his movies. While his resume includes hits ranging from Denzel’s latest, “The Book of Eli” to “The Sisterhood of the Traveling Pants” franchise, it’s producer Broderick Johnson’s work on “The Blind Side” that’s got everybody talking. And rightfully so… The film, which stars Sandra Bullock and Quinton Aaron and chronicles the true-life struggles and triumphs of NFL player Michael Oher, has grossed nearly $250 million and garnered two Oscar nods, including Best Picture. Riding high on his coveted nomination, Johnson is now among a very short list of Black film producers–including Quincy Jones (“The Color Purple”) and now, Lee Daniels (“Precious”)–to earn such an honor. Johnson rang ESSENCE.com from his office to discuss his professional journey, how it feels to make history and what he plans to wear on the red carpet. ESSENCE.com: Congratulations! How does it feel to have made history? BRODERICK JOHNSON: Frankly, I hadn’t thought about it because I didn’t realize, at the time, that Quincy Jones had been the only other African-American producer to be nominated. I thought there had been more. ESSENCE.com: And how did you hear that “The Blind Side” had been nominated? JOHNSON: I woke up to hear the nominations, but it was really to see if Sandra Bullock was going to be nominated. When they [read the Best Picture nominees], our film came second, after “Avatar,” and I started shaking my wife like, “Oh my God, we got nominated for Best Picture!” Then the phone started ringing and the e-mails started coming in. ESSENCE.com: Let’s rewind a bit. You began your career on Wall Street before switching gears to make movies. How was that transition? JOHNSON: One of the things that held true for me [and business partner, Andrew Kosove] was that if we were going to go into [filmmaking], it would be critical to learn all aspects of the business. There are a lot of factors that go into determining why a movie gets made, who finances it and how it will be marketed. Early on, I learned that [rather than simply] pursing a creative passion, we’d have to read every book we could find so we could learn the business. ESSENCE.com: OK, back to the Oscars. If you could look into the future, where might you put your statue? JOHNSON: [laughs] Honestly, I think that I’ve been able to enjoy the nomination more because I’m not anxious about winning. It would be remarkable if we win, but I really haven’t let my mind go there. ESSENCE.com: That’s mighty noble of you, but surely you know what you’re wearing, right? JOHNSON: Yes, I’m wearing a custom tux–Armani! Read more: