By clicking Sign Up, you agree to our Terms of Use and that you have read our Privacy Policy
Skip to content
Paul Zimmerman/Getty Images
By Paula Rogo · Updated October 23, 2020
Teyana Taylor is opening up more about why she dropped out of her “Later That Night” tour with Jeremih last month after she felt dissatisfied with how the tour was being run. The “Keep That Same Energy” singer was a guest on The Real Monday where she explained that Jeremih was benefitting from all the hard work she was doing to promote the show. “I was doing everything. The promotion. I did my own promo videos. I just took it very seriously and I was very, very excited about it,” she told the co-hosts. “And he did little to no promo. So when we got there and the concerts were sold out. But when we got there, his name was on everything. My name wasn’t even on the ticket.”

Today in #GirlChat @TeyanaTaylor sets the record straight on her tour. pic.twitter.com/1Y1ZPXWuy8

But it seemed Jeremih didn’t understand that social media was a great place to promote the tour. In fact, according to Taylo,r he felt he didn’t need to do promotions. “He was like, ‘I got it to where I don’t got to get on Instagram to promote.’ And I said ‘Well, then baby it ain’t going to be sold out.’ Social media is everything. I’m working my behind off,” she recalled. When Taylor first announced she was leaving the tour last month after only two weeks, the singer told fans that she did not trust how Jeremih’s team was handling the tour’s stage direction. She even mentioned falling onstage during a show in New York City due to water on the stage. 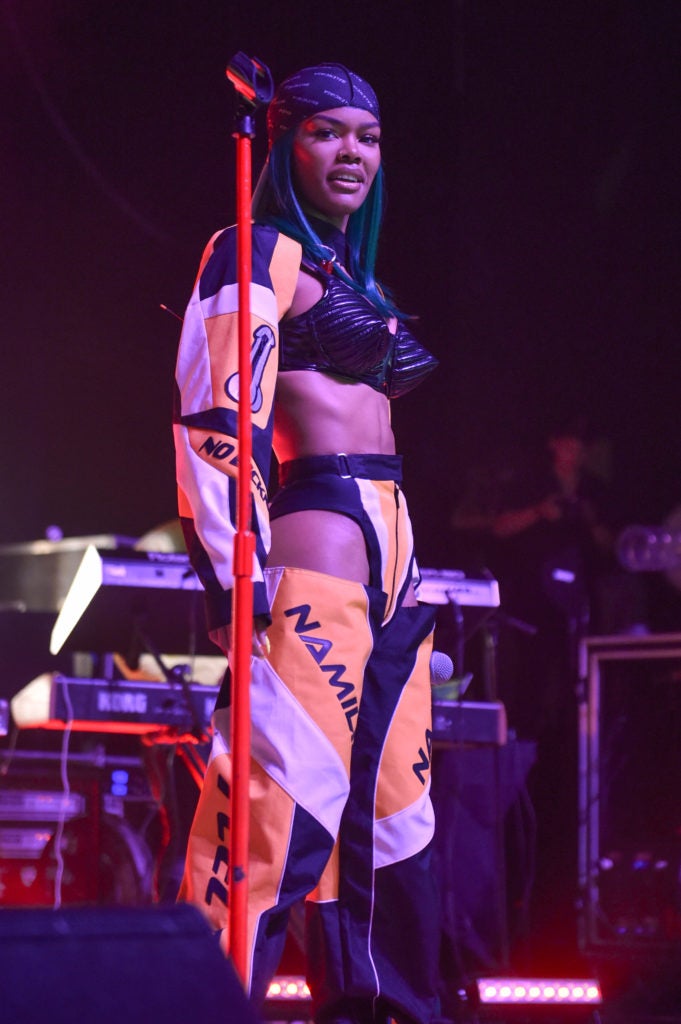 She ended up continuing the tour without Jeremih, while only having to reschedule one tour date. At first, Jeremih seemed unbothered with Taylor’s comments against him. He later said in a radio interview that despite all the problems they’ve had,  it’s “all love” between them. Taylor told the ladies at The Real that she didn’t buy it. “Then, you call me your opener during one of your shows but then go on radio and say, ‘I got love for her’ and make it seem like you’re taking the high road,” she said. “It’s like no because if you had love for me, you would have never tried to play me live.” Well, there you go!