By Cori Murray · Updated December 6, 2020
Tessa Thompson is a Los Angeles girl in every way with her effortless smile and breezy disposition. But the actress traded in palm trees for the narrow roads of east London to shoot ESSENCE’s November cover. It wasn’t too far a distance to be photographed by Shaniqwa Jarvis, a 20-year photography veteran who’s worked with brands such as LVMH, Nike and Supreme. (Google her—now.) ESSENCE’s November cover star reflected on what it was like to work with a Black woman behind the lens. “It feels really refreshing to be shot by a woman,” Thompson says in her cover story. “Actresses are so often subject to the male gaze. The highest sense of praise and honor is being seen by a woman and feeling acceptance from other Black women, just a sense of camaraderie and collaboration. That, to me, is so profound.” Although the 35-year-old actress is reprising her role as Bianca, the rock steady lover of Adonis (played by Michael B. Jordan) in Creed II, artistically she’s been known to take on any challenge — from Thor: Ragnarok to Janelle Monae’s “emotion picture,” Dirty Computer. 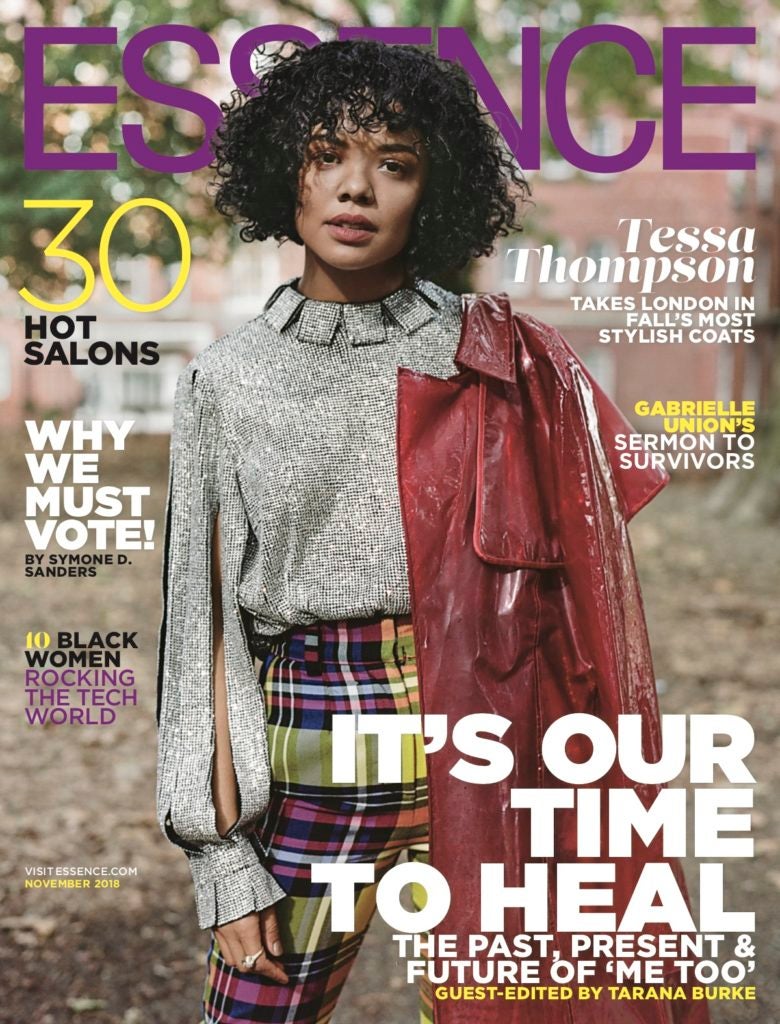 Thompson told ESSENCE that difficult roles pique her interest when it comes to the big or smaller screen. “I always want there to be one thing that I’m worried I cannot do,” she says. “Obviously, I like the idea of expanding perceptions of what a woman can be and what a woman of color can be. I like to introduce new spaces.” Thompson talks her career and more in ESSENCE’s November issue on newsstands October 26.
TOPICS:  Shaniqwa Jarvis tessa thompson