Follow us at @essencemag and use the hashtag #ESSENCEBooks to join in on the conversation.

In her ninth novel, McMillan offers us 15 different characters who all orbit (and sometimes collide) in the universe of truth-telling and truth-seeking Los Angeles matriarch Betty Jean Butler.

Here’s an excerpt from WHO ASKED YOU?:

I’ll be the first to admit that I probably could’ve been a better mother, and I’ve got three grown children to prove it. It goes without saying that I do love them. I’m just disappointed in how they turned out. Trinetta is the baby and at 27 she seems to have a hard time saying no to drugs and lowlife men, which has made her allergic to working more than a few months at a time. Sometimes, it’s hard for me to believe she’s the same daughter who lived on the honor roll all during junior high school. But then between ninth grade and junior college she fell in love too many times to count and lost her mind. She also loved beautiful teeth and was on her way to becoming a dental technician when she got pregnant. Over the years, Trinetta tiptoed back and forth and the last I heard, she’s only 12 units shy of being employable. I used to remind her of this small fact but she would just get defensive. She has given birth to three children. The last one was Noxema. Her daddy went to court and got custody after she drank some shampoo and had to be rushed to emergency. I wish he would’ve claimed those other two. Who they belong to is a mystery that may never get solved. In all honesty, I’m one step away from calling Child Protection Services on her if she doesn’t clean up her act soon.

Looking forward to a great conversation on Tuesday, Ocober 8 at 7pm ET.! 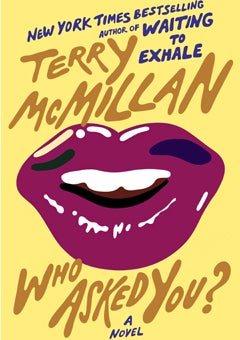