Skip to content
James Devaney/GC
By Britni Danielle · Updated October 23, 2020
It seems like a million years ago now, but Kanye West uttered a phrase back in 2005 that reverberated across America: “George Bush doesn’t care about Black people.” His words became a rallying cry for those examining the Bush administration’s response to Hurricane Katrina in horror, and it firmly solidified West’s place among the list of rappers, who always had something valuable to say. But times have changed. Old Kanye, as some of his day-one fans have taken to calling him, is long gone, and New Kanye is now down with Donald Trump. West stopped by Jimmy Kimmel Live Thursday to talk about music, fashion, and of course his views on Trump. But things got super awkward when the comedian asked if he believes Trump, unlike Bush, cares about Black people.

“There are literally families being torn apart as a result of what this president is doing, and [I] think we cannot forget that. Whether we like his personality or not his actions are really what matter,” Kimmel told West after the rapper argued people should embrace Trump “with love.” “You so famously and powerfully said, ‘George Bush doesn’t care about Black people,’ what makes you think that Donald Trump does?” West spent several seconds contemplating the question, but ultimately came up empty, so Kimmel decided to take a break. When they returned, the pair moved on to a safer topic for West — his family and fashion. Earlier in the interview, West said that because of his race and profession, “everyone tried to pick my candidate for me,” but he decided to endorse Trump anyway — even though he didn’t vote in the 2016 election. 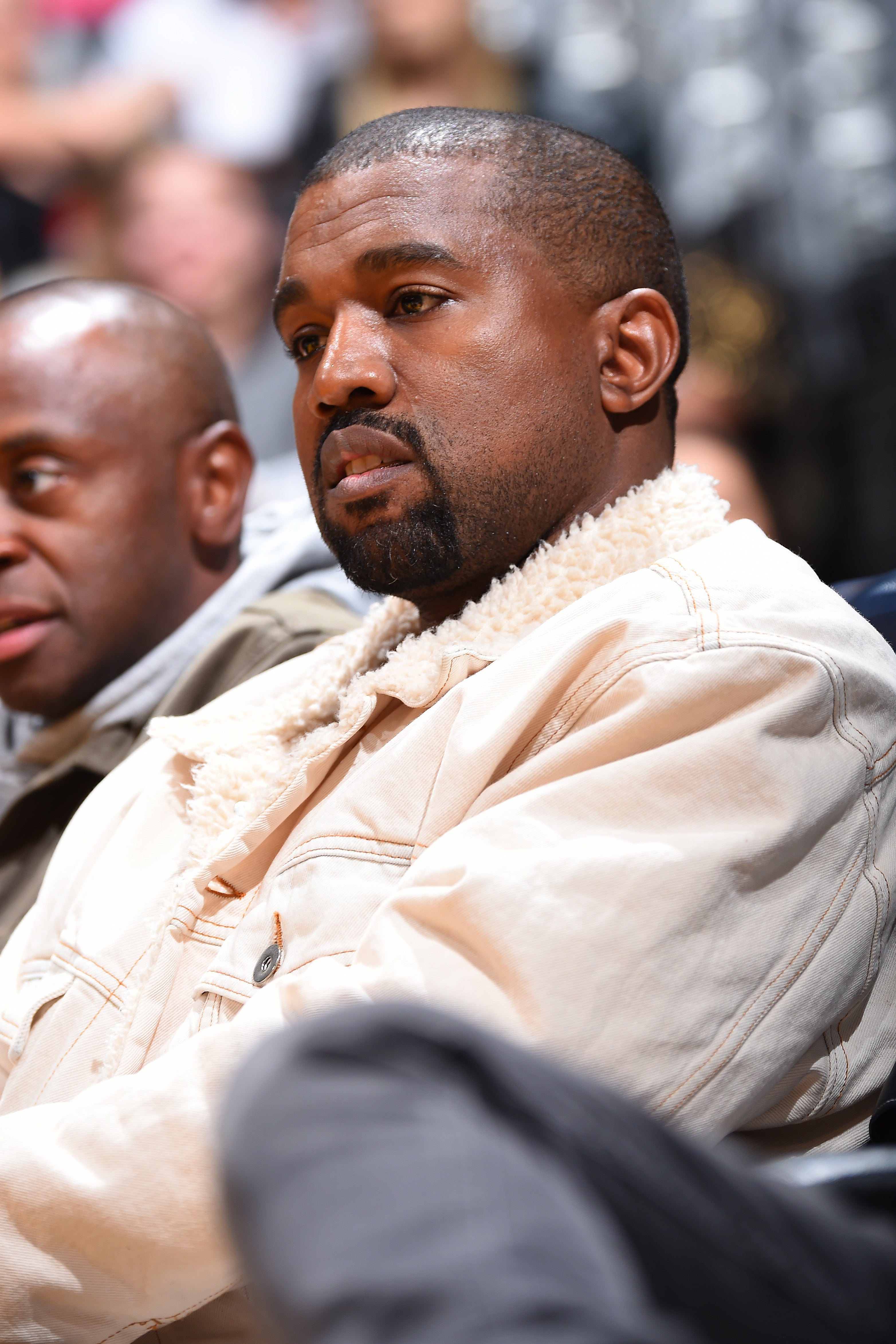 “It represented overcoming fear,” West said of his choice to don a MAGA hat and support Trump. “Liberals can’t bully me, news can’t bully me, the hip hop community can’t bully me, because at that point, if I’m afraid to be me, I’m not longer Ye.” While West famously said he doesn’t know much about Trump’s policies because he’s not “a political guy,” the rapper confessed he doesn’t regret anything he’s said about the current White House occupant–or his controversial statement that slavery was a choice. “I think people focus too much on the past and focus too much on regret,” West said, arguing schools should stop teaching history, and start teaching about the future. “We get too caught up in the past and what everyone’s saying and what everyone’s tweeting, and sometimes you just have to be fearless enough to break the f–king simulation.” West also had a suggestion for those who are upset by Trump and his policies: “Why not try love?” “When I see people go at the president, why not try love?” he continued. “We can diffuse this nuclear bomb of hate that we’re in as a society by thinking of everyone as our family.” Maybe thinking of the president as a kooky family member works for a rich person like West, but for the rest of us, who actually have to live with the effects of Trump’s divisive rhetoric and policies, it’s not so easy to show love.