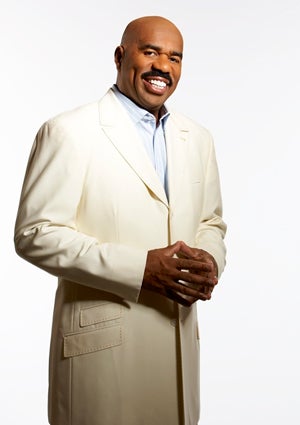 Relationship guru Steve Harvey is giving back this Father’s Day. Harvey organized a four-day and three-night mentoring weekend at his Dallas, Texas ranch, which will pass on the “Principles of Manhood” to 100 young men from around the country. These lessons are focused on enabling them to achieve their dreams and become better men who are emotionally, politically and economically sound. The boys, in grades 8 through 11, will participate in seminars such as money management and college preparation. Steve Harvey speaks on the Mentoring Weekend for Young Men: On the importance of the mentoring program “The mentoring weekend is absolutely critical in the development of a young boy going into manhood. If a young boy does not get the proper mentoring, then he’s left on his own to figure manhood out. If you don’t provide proper mentorship, he starts picking up information from sources which give out wrong concepts of what manhood is.” On the need for youth mentoring “The real necessity for the mentorship program is the lack of fathers just being fathers. If every father were to accept the challenge before him as a father, there would be no need for mentoring. That is another program I’m keenly interested in developing, how I can help share with fathers how to step up into the role. I myself had to grow, and understand the difficulties that some fathers face, but we need to find ways that a man can take to finally fulfill his role as a father.”