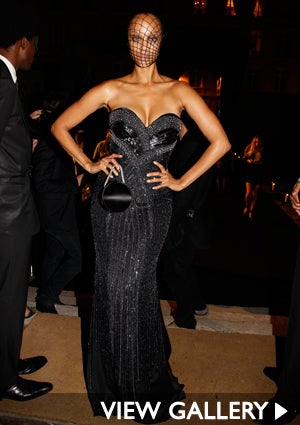 A stunning Tyra Banks attends Vogue 90th Anniversary Party in a very fashionably chic mask at Hotel Pozzo di Borgo in Paris, France on September 30. On Banks Twitter page, she asked her followers, “Can you guess how I made this French Vogue party mask?” Adding, “It’s homemade and it was super cheap.” She later revealed that the mask was made from fishnet stockings.