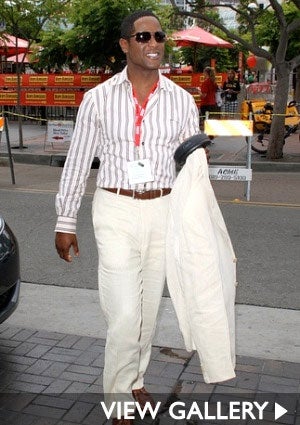 Actor Blair Underwood’s new NBC drama “The Event” has not yet premiered, but everyone’s buzzing about it. He attended the 2010 Comic-Con in San Diego to promote the series in which he plays the President of the United States. Looking good, POTUS.