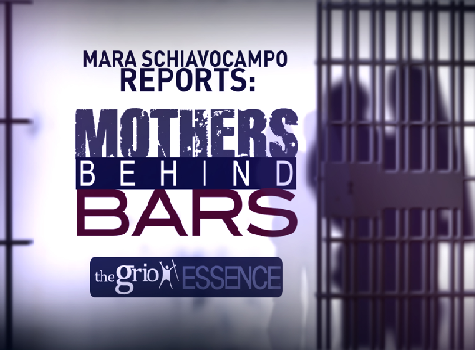 ESSENCE, the Grio, and NBC’s Mara Schiavocampo look at a growing number of prison nursery programs and explore whether female inmates should be allowed to raise their children while doing time… (As featured in the May issue.) At a time when most women would be decorating a nursery, a six-months pregnant Takaya Patterson, now 29, was moving into a prison cell. Patterson had just received a one-year sentence for theft after admitting she stole more than $5,000 from the bank where she once worked. Patterson was scared to have her baby in prison. She left behind her 2-year-old daughter with her mom but knew that in most cases her newborn would be whisked off to foster care within hours. “I was stressed. I had lost everything and didn’t know what was going to happen with my child,” she says. Fate was on her side. Patterson was sentenced to the Ohio Reformatory for Women in Marysville, Ohio. Its Achieving Baby Care Success (ABC’s) Program, a separate unit where inmates can raise their children, is designed to keep families intact. “We really want to make the environment very nurturing so that the women have the ability to focus on the infants’ care and well-being,” notes Warden Ginine Trim, who oversees the inmates there. Now Patterson is finishing her sentence with 9-month-old Takeem right by her side. When Takeem is not napping, mother and son hang out in the lounge, a cozy living room-like setting with Sesame Street characters painted on the walls and toys and colorful picture books littering the area. Yet there is no forgetting that this is prison. Corrections officers roam about and barbed wire can be seen through the small cell windows. Still, Patterson says this is where Takeem should be. “Babies belong with their mothers, whether it’s in prison or not. A child needs his mother no matter what the mother did,” says Patterson, who hasn’t seen her 2-year-old in almost a year. Prison nurseries were much more common in the 1950’s, but 20 years later they had all but disappeared. The last 15 years have seen a resurgence of sorts, with several facilities implementing programs that allow pregnant inmates to keep their newborns for up to 18 months. Prison administrators consider only nonviolent offenders on a case-by-case basis for the nursery program, ensuring there isn’t a history of child abuse. There are currently nine prison nurseries in eight states, more than half of which opened after 1995. In a sense, these programs are a combined result of a renewed interest in social responsibility and a response to more women going to prison. According to a Prisoners in 2008 Bureau of Justice Statistics report, Black women, who were mostly convicted of property crimes and drug offenses, are incarcerated under state and federal jurisdiction at a rate three times that of White females. “The disproportionate impact on women of color happened as a result of the war on drugs,” explains Anthony Thompson, a law professor at New York University who makes the connection between tougher state and federal sentences in the 1980’s and the upswing in the number of Black women incarcerated. Then there are the approximately two thirds of inmates who are mothers. That’s felt especially hard in African-American communities, where women are more likely to be the head of the household. Sometimes the nursery program saves the baby too. Sharlene Henry, 29, is serving a seven-year sentence for criminal possession of a controlled substance at New York’s Bedford Hills Correctional Facility. Henry is allowed to keep 9-month-old Delilah only until she turns 1. Then Delilah will more than likely join her three other siblings, who are living with Henry’s sister. When they come to visit, she makes her older children play with their new sister. “When she does leave me, I want to make sure she’ll at least see familiar faces,” she says. But when first jailed, Henry admits to wanting to end her pregnancy altogether. “Who wants to have a baby in prison and not be able to stay with the baby?” she asks. “I’m grateful I kept her. She’s the laughingest, smilingest, giggling-about-nothing baby. The fact that she’s here keeps me out of trouble.” Several studies show that women who have been in a nursery program are less likely to return to prison than general population inmates. Still, some wonder if this is the best use of taxpayer money. “From that standpoint, the Department of Corrections doesn’t have the training nor the background to prepare women to [parent],” says Thompson. But for women like Patterson and Henry, the opportunity to bond with their little ones has been invaluable. This spring Patterson and Takeem will go home together. But unlike most mothers released from prison, she’ll be continuing to build on a relationship with her son, not just starting one. Emmy Award-winning journalist Mara Schiavocampo is the digital correspondent for NBC Nightly News With Brian Williams and a contributor to thegrio.com. Tune in to see more about this story on NBC Nightly News, MSNBC and thegrio.com. Read more:
Loading the player...