On Sunday night, Solange took to the stage at the 2017 BET Awards, but it wasn’t to sing one of her hit songs off her critically-acclaimed album A Seat at the Table.

Instead, the outspoken singer helped to honor Women’s March co-chair Tamika Mallory for her work as a civil rights activist and social justice leader.

Solange spoke eloquently about Mallory as she presented the 36-year-old advocate with the Shine A Light Award by BET and My Black Is Beautiful. “Tonight, I am honored to share the stage with a sister who does everything to use her voice to advocate for issues that impact [people of color and women]. A social justice leader and activist, Tamika Mallory works tirelessly to give a voice to minority groups and is championing for correcting social injustices,” Solange said.

In her speech, Solange spoke out for victims of police brutality and called for a moment of silence for the victims. Solange also highlighted Mallory’s tireless efforts as an advocate for not only civil rights, but also gun violence, police misconduct and equal rights for women. 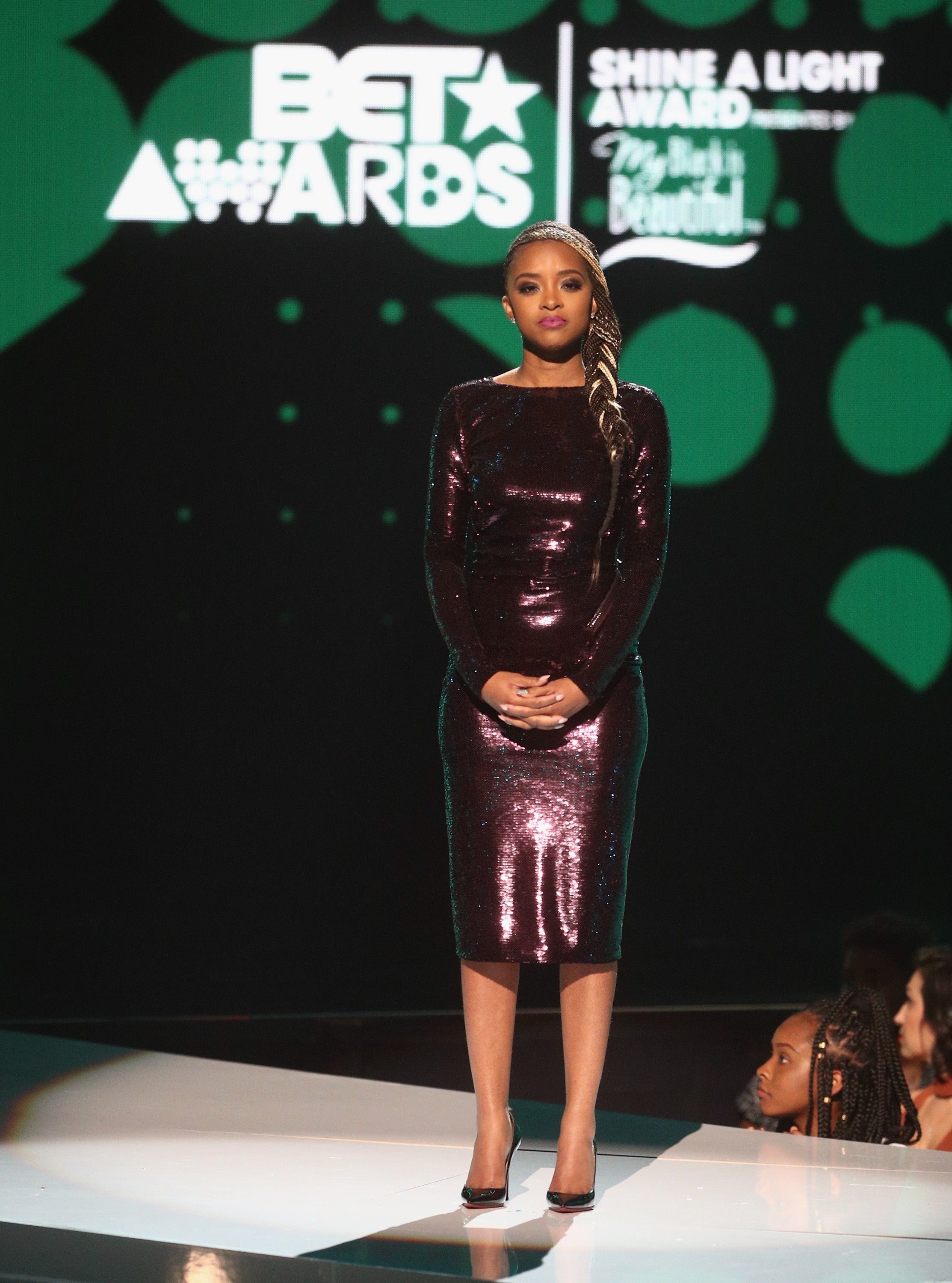 “Her efforts in helping to organize the Women’s March was, as she states, ′to ensure that Black women’s voices were upheld, uplifted and that our issues were addressed and heard.′ Tamika ensured just that.”

BET and My Black Is Beautiful also gave Mallory $10,000 to continue her advocacy work. Watch the powerful moment above.