During the critique, Che called out Trump’s Twitter rants, “Oh, really, Donald? You b—h. Was she nasty to you? How nasty? Are you shaking?”

Che added, “It’s hurricane relief and people need help. You just did this for white people — twice. Do the same thing: Go tell Melania to put on her flood heels, get some bottled water, some food, pack up some extra Atlanta Falcons Super Bowl T-shirts, and write them a check with our money, you cheap cracker.”

Since the episode, Trump supporters have flooded Che’s social media with racist remarks. Vibe snapped a few of the messages Che posted before they were deleted and one message calling Che a “worthless piece of s–t” still remains on the comedian’s Instagram. 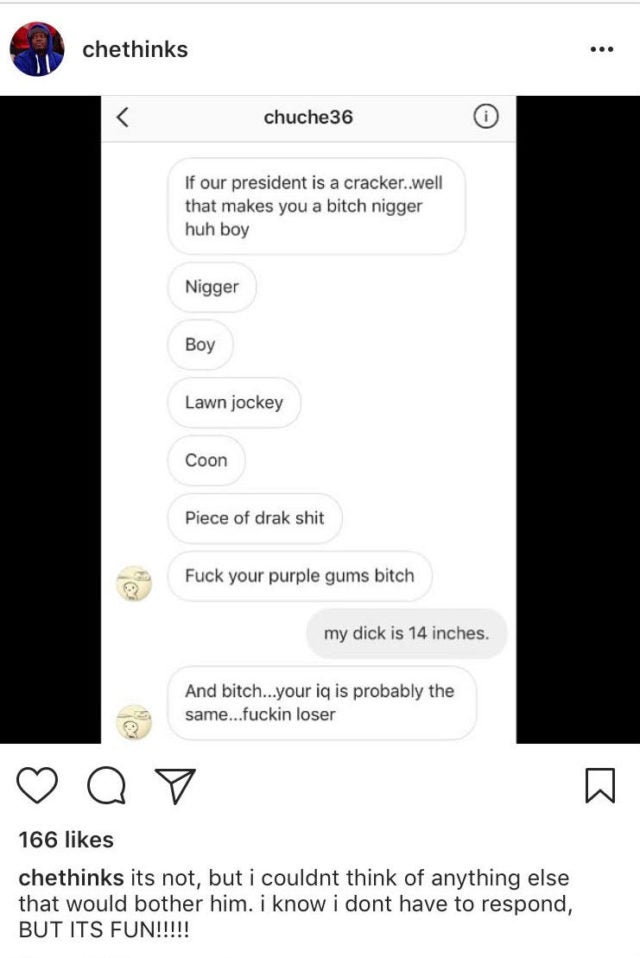 While racist trolls may feel some type of way about Che’s comments, it seems other viewers weren’t too bothered. Saturday’s premiere was the second most-watched since 2010.

Converse Highlights Intersectionality And The Importance Of ...