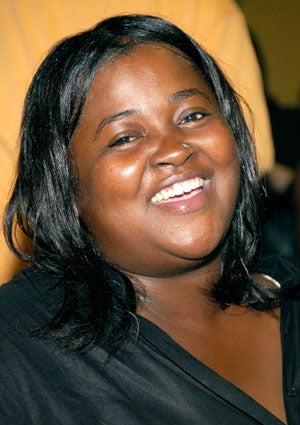 Before there was a Shannon Holmes, a Vickie Stringer or a Wahida Clark, there was a woman many consider the Queen of Urban Fiction, Sister Souljah.

A pioneer of modern-day “street lit” in the spirit of legendary scribes like Iceberg Slim, Donald Goines and Claude Brown, Souljah, nee Lisa Williamson, helped to jump-start the genre’s most recent incarnation in the late 1990s with her first, hugely popular novel, “The Coldest Winter Ever.”

Of course, “Coldest” wasn’t the book that put the controversial activist and one-time director of Daddy’s House — P. Diddy’s now defunct non-profit corporation for urban youth — on the map. Her powerful 1995 autobiography “No Disrespect” — still a staple in university classrooms nationwide — gave readers insight into the woman then presidential candidate Bill Clinton condemned for comments surrounding the 1992 Los Angeles riots: “If Black people kill Black people every day, why not have a week and kill white people?” she infamously said.

Married for 19 years and a mom for 17, Souljah, a Muslim who was once a member of the hip hop group Public Enemy, insists her harsh “delivery” on issues she’s passionate about has mellowed, but her motivation to educate Black youth on their heritage and brilliance has not. On April 12th she returned with the sequel to her 2008 New York Times best-seller “Midnight: A Gangster Love Story,” her third novel, “Midnight and the Meaning of Love,” is one of two new works; the other being “Porsche Santiaga,” a spin-off of “Coldest” to be released by 2012.

“Writing [is part of my] activism,” says the Rutgers grad, who lived in Japan off and on for the three years while researching “Midnight,” a story about a smart, confident young Sudanese man who moves to Brooklyn, NY, falls in love and marries an Asian girl over the objections of her powerful family. “Whether you’re writing school curriculum or a book you have the opportunity to impact the lives of young people around the globe,” she says. “[At this point] I’ve written books for teenage females and teen males — all the way up to a way older person. It’s this sort of hands-on delivery of service that I hope will help me organize myself financially so I can complete my vision of maybe opening a boarding school or something of that nature.”

And for those fans still waiting on that long-rumored movie about Winter Santiaga, the street-smart protagonist of “The Coldest Winter Ever,” Souljah says she hasn’t forgotten about them. After talks with Jada Pinkett Smith to develop the movie version of “Coldest” for HBO fell apart, the author says she went back to the drawing board. “I never found the right deal or home for film version, but I still own the rights,” she explains. “They’re still available. If I don’t get the right deal or home probably I’ll probably put it out as an independent film.”