By Sydney Scott · Updated December 6, 2020
Is Insecure‘s Sarunas Jackson anything like his onscreen character, Dro? You know, the one in an off-again, on-again open relationship with Molly, played by the hilarious Yvonne Orji. The one who doesn’t mind answering the phone for his wife’s phone call, while chilling in Molly’s bed — that Dro. Jackson’s character on Insecure has left many fans feeling some type of way, especially when it comes to his relationships. 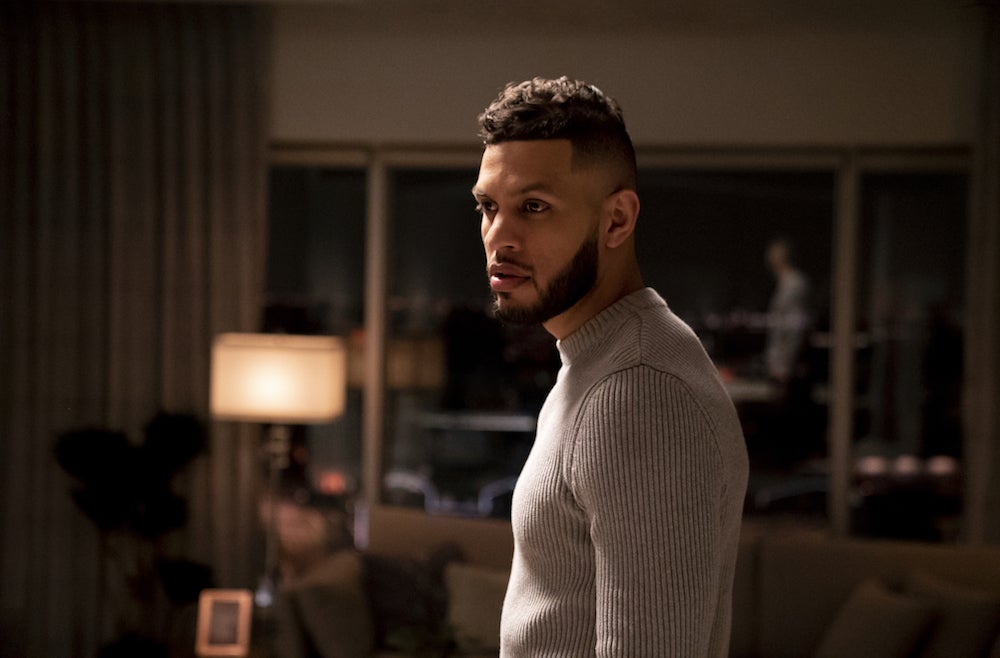 But Jackson said he and and his character are nothing alike when it comes to relationships. The actor explained during a recent visit to ESSENCE that he “would never show up unannounced” to his bae’s home like his onscreen character or “get involved with a friend in his circle.” And, when it comes to open relationships, which Jackson has tried, the actor has rules. “[I] would never, even if I’m in an open relationship, do something intimate while my partner is present. I wouldn’t do that, that’s a lot,” he admitted. Insecure airs Sundays at 10:30 p.m. ET on HBO.
TOPICS:  Insecure sarunas jackson