By Britni Danielle · Updated October 23, 2020
Samira Wiley became a fan favorite after starring as Poussey Washington on Netflix’s Orange Is the New Black, thanks in part to her character’s witty one-liners and outspoken personality. For four seasons, Wiley not only impressed viewers, but also became a role model for those in the LGBTQ community who appreciated seeing Wiley’s character on TV. But Wiley, who married writer Lauren Morelli last year, wasn’t always comfortable being out as a gay woman offscreen. The actress recently said it took her a few years to not only come to terms with her sexuality, but also feel comfortable with telling the world. 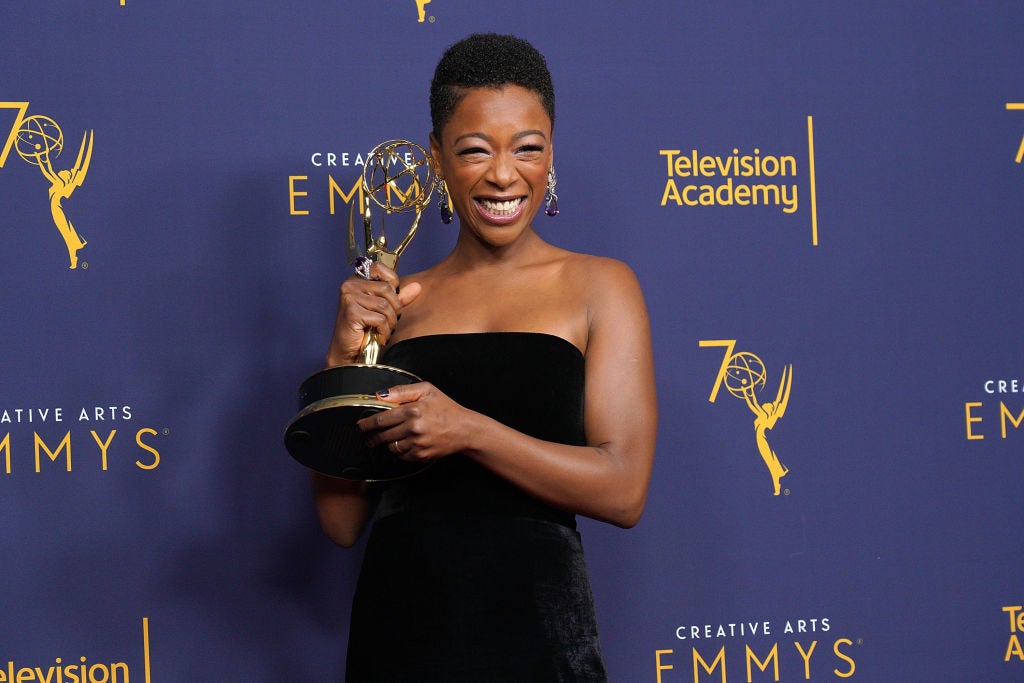 “First season [of Orange is the New Black] I wasn’t out at all,” she said during a recent interview with WNYC’s Nancy podcast. While many people wait until they’re comfortable to go public about their sexuality, Wiley said she was accidentally outed by one of her ONTNB cast mates. “Someone from my cast actually, during the interview they were talking about out gay actors in the cast…and they mentioned my name and I saw it in print, and I cried. I cried a lot,” Wiley confessed, noting she went through “a journey” in order to feel comfortable being gay. These days Wiley is an outspoken advocate for the LGBTQ community, but wishes she would have been able to come out when she was ready. 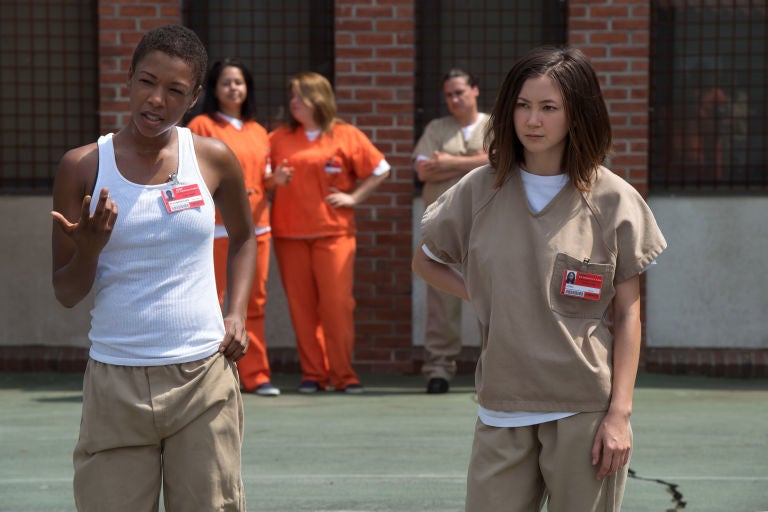 “That’s something somebody took from me,” Wiley said. “You should be able to come out on your own terms.” In an artistic twist of fate, Wiley — who was recently nominated for an Emmy Award for her work on Hulu’s The Handmaid’s Tale — said playing Poussey helped her feel more confident about hers sexuality. “I wasn’t out in the beginning and I think falling in love with Poussey, which is a really thing that happened to me, helped me fall in love with myself as well,” she explained. Earlier this year, Wiley also credited her wife for helping her step into her personal power. “My wife is actually somebody who helped me be comfortable with who I and,” she told Bustle. “I just thank God so much that she did because it’s so freeing to be comfortable with myself.”
TOPICS:  Samira Wiley