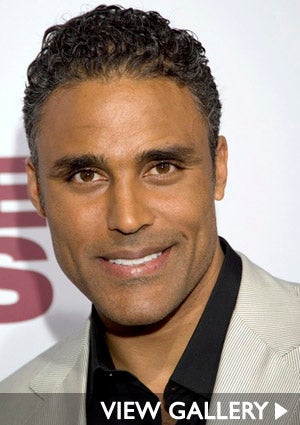 Judging by Hollywood standards, Rick Fox appears to have the look of a leading man. Yet the Bahamian hunk’s darker side appeals to his loyalists. On the remake of the early 90’s prime-time drama “Melrose Place,” the former NBA pro plays a restaurateur with a penchant for the nightlife and all the pretty things it brings to his business’s front door. ESSENCE.com caught up with Fox to talk about joining the cast, why sexual scandals are to be expected on the show and why he’s more cut out to play the good guy.

ESSENCE.COM: So you play the hot restaurant owner. Were you a fan of the show prior to joining the cast?
RICK FOX: I was not. I’d heard of “Melrose Place” but when I played basketball I didn’t have time to watch TV. In general, I am connected to some of the old cast and have had an opportunity to meet some of the people who have been in the original. I knew them before they did a remake and I called them up just to let them know I was going to be a part of the remake. Outside of that, I’ve been catching up watching all the old episodes.

ESSENCE.COM: So you cater to the show’s rich, young and beautiful. Do you also get caught up in any scandalous love trysts?
FOX: (Laughs.) When it comes to “Melrose Place” everything is done in scandalous fashion. I don’t think anyone will have to hold their breath to wait for that kind of excitement.

ESSENCE.COM: And which restaurateur have you been shadowing for tidbits on dealing with Hollywood’s “it” crowd?
FOX: My friend owns the SLS in Hollywood, which has great cuisine and nightlife. He’s a good friend of mine and I told him be careful what you do because I’m studying everything you do and that’s been funny for us. I have pulled some of his nuances and some of the things he does and watched how he acts around his employees and conducts himself in town. His restaurant has been featured on “Entourage” and “The Hills” and other shows, so he has a little bit of a reputation.

ESSENCE.COM: You were great on “The Game” as Wendy Raquel Robinson’s love interest. Any chance you’d return if it were to get picked up again?
FOX: BET has been running seasons 1, 2 and 3 religiously and the fans of “The Game” have been so supportive and I can’t thank them enough. You don’t know how much I miss being on set with Wendy and the rest of the cast. I keep hearing stories that maybe BET and CBS will work out a deal to create some more seasons. I’d be up for it and I think it’s safe to say that a lot of the actors would revisit their characters.

ESSENCE.COM: As a former NBA baller you’ve been doing the Hollywood hustle strong in front of the camera. Would you ever consider sitting in the director’s chair? FOX: Funny you should ask because if you’re waiting to be hired nowadays you’ll be out of work. I don’t know about directing, but I’m working on developing a comic book character with the same guy who created the comic book character Blade. So I’d be a real superhero from the future. I’m also starring in a an indie film that’s similar to a “Coach Carter” and I will play stamp-collecting hustler in this play called “Mauritius.” Two estranged sisters find a rare stamp collection and I’m trying to get my hands on it.

ESSENCE.COM: Say it ain’t so! You’re gonna play a bad guy?
FOX: (Laughs.) I know for some reason I am well-received as a bad guy and I so want to play a hero because I’m a good guy at heart. So, yeah, I guess that means I’ll be swindling a stamp collection. Just remember I’m really a good guy (laughs).