By Joi-Marie McKenzie · Updated December 6, 2020
You’ve seen the moments they’ve allowed us to see. Like the time when Taraji P. Henson verociously clapped when Regina King took home the Emmy Award in 2016 for her role in American Crime, or every single Wednesday when Gabrielle Union makes another Black actress her woman crush, we’ve seen the secret sister circle in Black Hollywood. King, who most recently took home yet another Emmy for her soul-stirring role in Netflix’s Seven Seconds, told ESSENCE that Black women in Hollywood — like in other industries — have created a strong support network, made up of group chats, random run-ins and other unspoken survival tactics. “You know, we’ve cried together, shared secrets together, and because of that I feel we’ve been able to persevere and have careers that are in the double digit,” she explained. “We’ve always been just very honest with each other. That’s been my experience, so because of that I always feel safe with them and I believe they always feel safe with me.” And in case you’re wondering, the 47-year-old actress did name (some bold faced) names. “When I say ‘we’ I’m talking about everyone from Tisha Campbell to Taraji P. Henson. We all expect to see each other at the family barbecue,” she quipped. King said it helped to have a sister circle, especially when it came to the dozens of anxiety-riddled auditions actors are forced to endure for the sake of work. 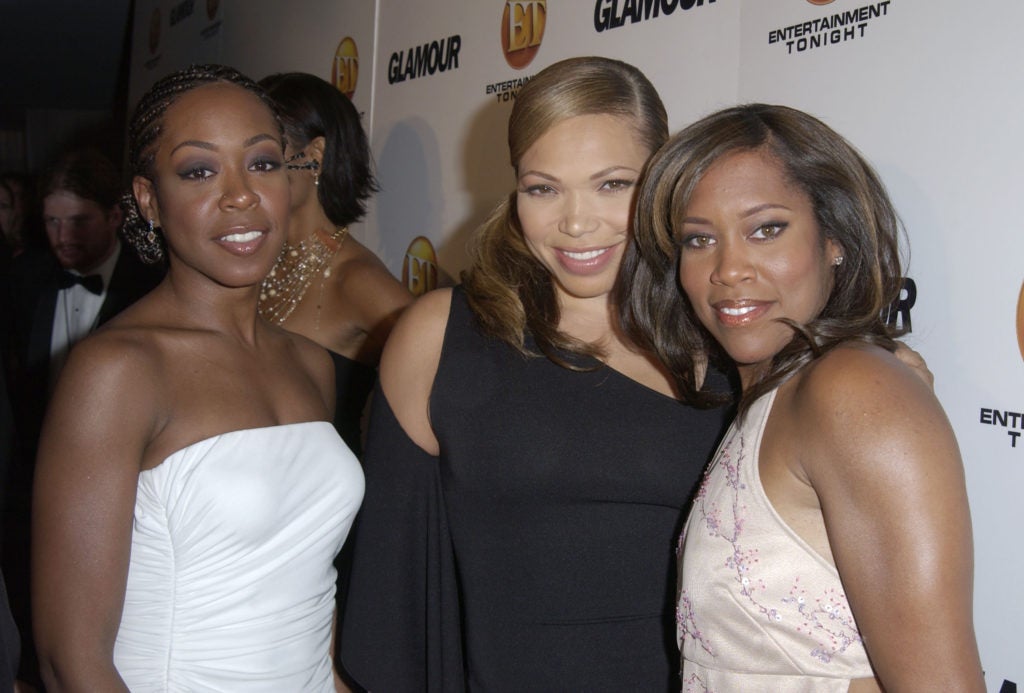 “Tisha, Tichina [Arnold] and I, we used to go on auditions together when we were like 14, 15 years old,” the actress recalled. “If I was either flown out to New York or they were flown out here, we would all know that, ‘Oh okay, it’s serious, it’s down to the wire. Either it’s going to be them or me, you know?’ There are more of us now but, you know, when Tisha and Tichina and I started there weren’t. It was us.” But it’s not just about work between some of our favorite melanated faces. In fact, King said it’s the moments that they shared “outside of an audition” where the sister circle truly learned about each other and created a mutual respect for each other and a “mutual regard for the art.” King is used to creating safe spaces in Hollywood so it’s no surprise that Gillette Venus tapped her to mentor 10 rising female directors, who are creating content highlighting the importance of a woman’s gaze. It’s called the Her Shot campaign, and they’re calling it a “social experiment in storytelling.” 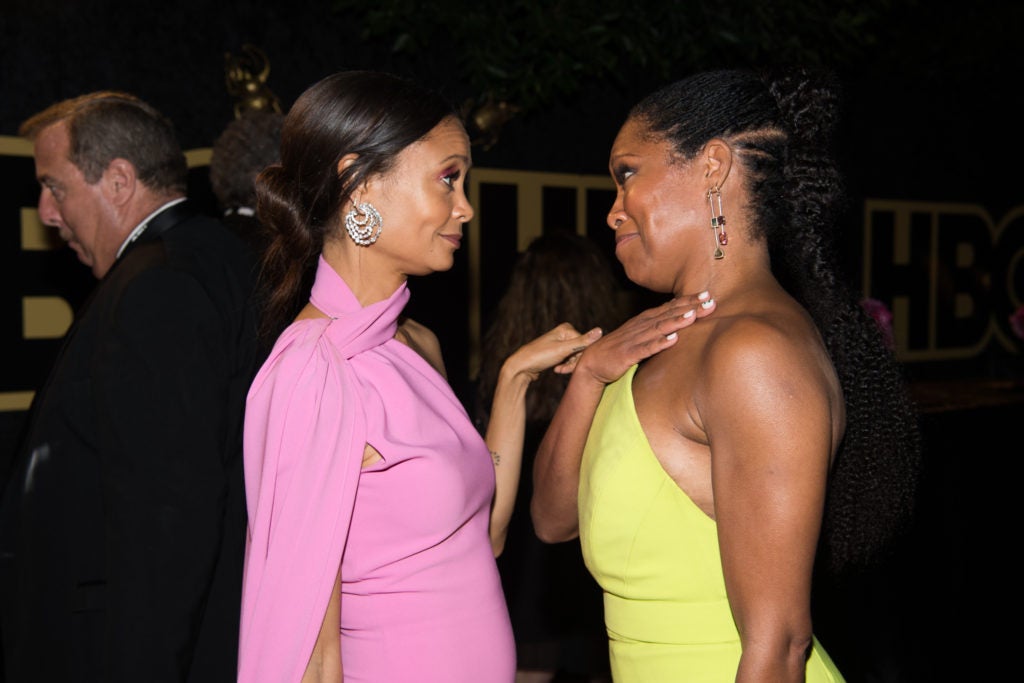 The actress said it was easy to sign onto the campaign, especially when looking at the dismal statistics of women in Hollywood. In a recent University of Southern California report that analyzed the top 1,000 films released between 2007 and 2016, only 4 percent of all films were directed by women. King said it’s imperative that women help each other climb. In her own life, she credits director John Singleton, casting director Jaki Brown, producer John Wells, and Channing Dungey, the first black American president of ABC Entertainment Group. “No one who’s in a position of success has gotten there without someone giving them a shot,” she explained. “It gives my heart joy because I can be part of creating that opportunity and that’s exciting to me.” But who’s the very first person to give her a shot? “I’m lucky that I have a mother [Gloria] that always created a space for my sister and I to dream freely,” she said.
TOPICS:  Regina King