It’s true! Prince Harry is off the market—and his new girlfriend is American actress Meghan Markle.

A close friend of Harry’s confirms to PEOPLE that it’s early days and that they have been dating for “a couple of months.”

The 35-year-old Los Angeles native who stars on Suits has posted several pics on Instagram, hinting at the duo’s budding romance.

Here are five reasons why the new couple is a match made in heaven!

1. Their accessories are in sync.

The couple is already sporting “his and hers” jewelry. They’ve been spotted wearing the same blue beaded bracelet in recent months. Prince Harry reportedly picked up the bracelet during one of his trips to Africa. And the gift has rarely left the actress’s wrist! 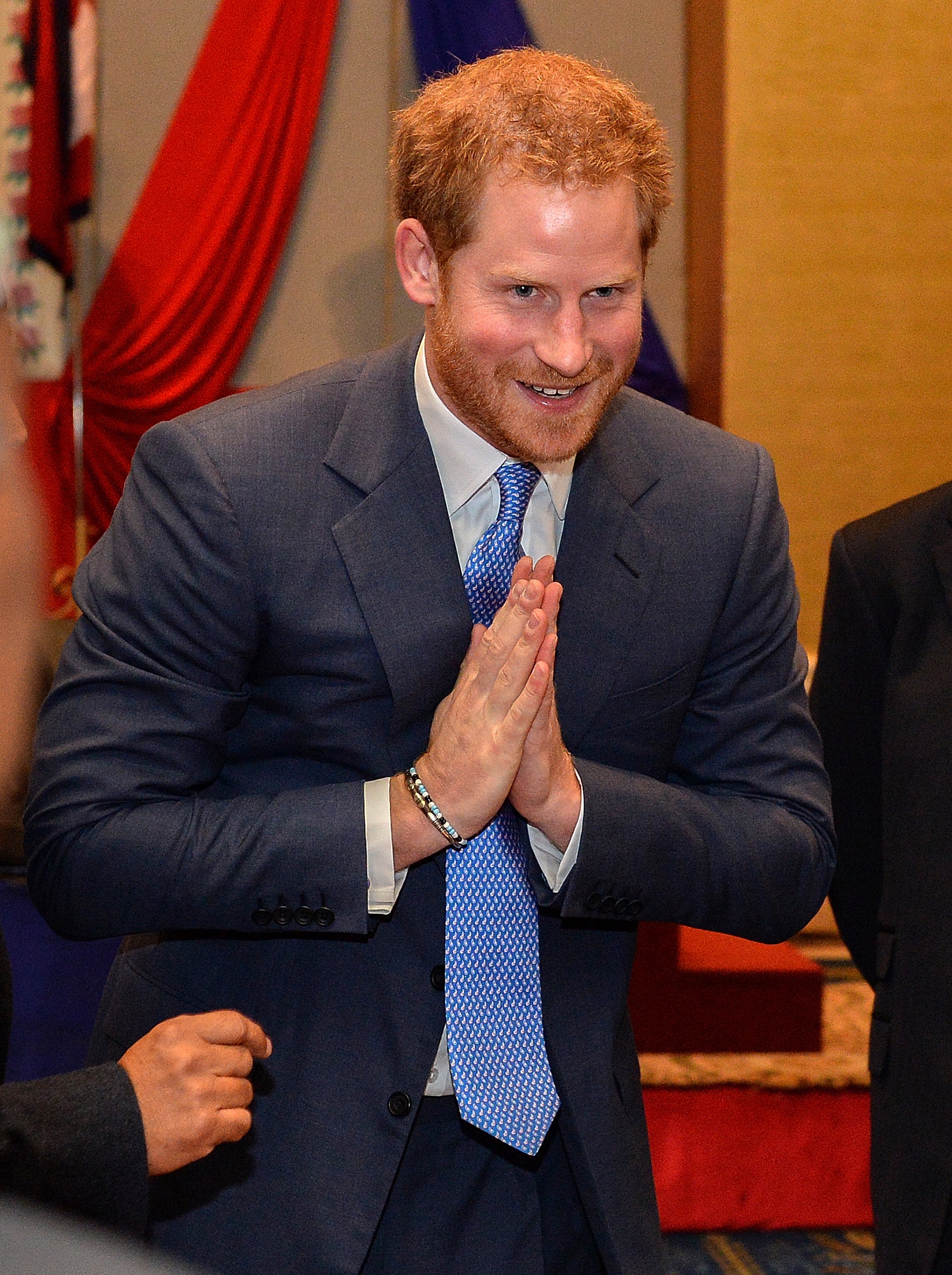 Markle has posted several photos showing off her sweet trinket.

2. Must love dogs. The duo also share a love for animals. Harry befriended a four-legged pal during his visit to Nepal last spring. And he spent the summer saving elephants from the dangers of poaching in Africa.

Prince Harry said: "Found a friend surveying his kingdom! Who can blame him - what a view! He barked ALL night outside our homestay and kept me awake, but we moved past that!"

Prince Harry said: "Marking one of the young males so that he is easily identifiable when the family group is released back into the bush and we can keep them together. The spray paint disappears after a few days." (Photo 4/5) 📷 @africanparksnetwork

Me and my guy. Good to be home. #snuggles #homesweethome #adoptdontshop

3. They both have the magic touch with kids. Prince Harry’s incredible uncle skills are always display. Known for his world-famous hugs, Harry can’t resist sharing a special moment with little ones at royal events—and the feeling is mutual. He also supports several charities that work to better the lives of children all over the world. 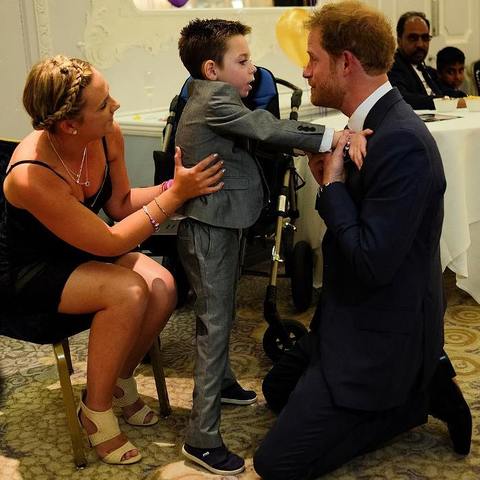 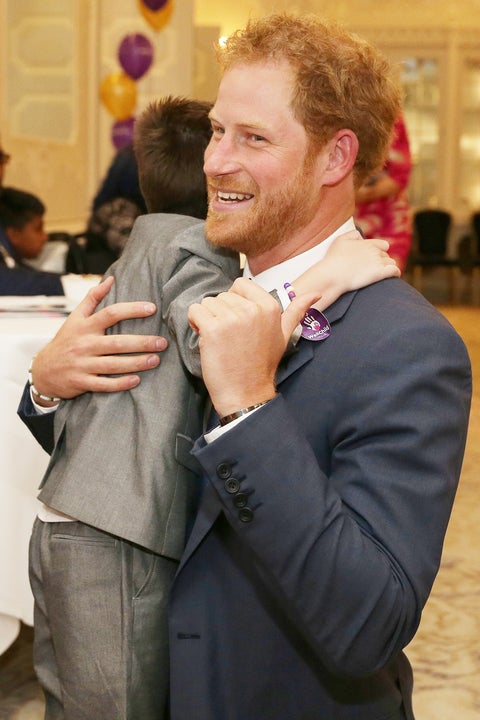 Markle has also shared her love of kids. She’s traveled to Rwanda to work on behalf of impoverished children. She also supports the international charity, One Young World. And she regularly posts sweet snaps hanging out with her friends’ kids during her downtime.

#TBT to my most recent visit to Rwanda. Missing sweet Claire (whose birthday is right around the corner!) Can't wait to share details of my next trip with @worldvision @worldvisioncan ✨More soon… Xx

4. For the love of peonies. Someone has a not-so-secret admirer! Markle has received several special bouquets of her favorite flower since she met the prince. She captioned one of the first photos, “Swooning over these,” with the hashtag, #spoiledrotten.

Swooning over these. #London #peonies #spoiledrotten

The sweetest welcome back to #Montreal 💐 #peonies #thankyou

5. International do-gooders. Prince Harry is a passionate humanitarian, supporting dozens of charities and organizations that give guidance and support to disadvantaged people all over the world.

Prince Harry joined Team Rubicon volunteers in Nepal to help the people of a remote village whose community had been destroyed by the 2015 earthquake. Prince Harry stayed in the country to work on the reconstruction project at the end of his recent official tour. Team Rubicon helped villagers with the ongoing temporary rebuild of their school, so the children can have adequate education facilities before the monsoon season arrives. The charity uses the skills and expertise of military veterans to support local communities in the aftermath of natural disasters. It also gives veterans an opportunity to serve again and, in some cases, a way to adjust to the challenges of civilian life. Read more about their work at www.teamrubiconuk.org

Markle is also involved in humanitarian work. She’s worked with the United Nations Women as part of the HeforShe gender equality movement. And this year, she became became the Global Ambassador for World Vision Canada, traveling to Rwanda for the Clean Water Campaign.

I wrote an article that's near and dear to my heart - I hope you'll take a little time to read it today! Would be most grateful 💫Link in bio and right here: http://thetig.com/how-to-be-both/ #bethechange (photo cred @gaborjurina )

“I’ve never wanted to be a lady who lunches—I’ve always wanted to be a woman who works,” she wrote in a blog post on her lifestyle site The Tig. “And this type of work is what feeds my soul, and fuels my purpose.”

With all they have in common, there’s one glaring difference between Markle and Harry’s past loves: she’s not a blonde!

The royal is famous for dating blondes, most notably former loves Cressida Bonas and Chelsy Davy.

Harry parted ways with Bonas in 2014 after two years of dating.

His first serious longtime girlfriend was Davy. The pair met in 2004 and dated on-and-off for about seven years. She opened up about their relationship in June, telling The Sunday Times, ” I think we will always be good friends.” She also admitted the glare of the spotlight became too much. “I found it tough,” she admitted. “It’s not something you get used to.”

Blonde or brunette, the spotlight is something Markle can easily handle. The actress is used to leading a red-carpet life, but she always makes time to go off the grid.

“While my two worlds can coexist, I’ve learned that for me, being able to keep a foot in both is a delicate balance – because while they are not mutually exclusive, guiding my heart though the swinging pendulum from excess to lack of access is sometimes challenging,” she wrote.