By Britni Danielle · Updated October 23, 2020
Pretty Dope is the place where ESSENCE highlights creatives doing amazing things in front of the camera and on the mic. You should know each and every one of these faces. They’re pretty dope. In the latest episode of NBC’s award-winning drama, This Is Us, viewers will finally fill in the blanks about two important details: the moment Beth and Randall met, and what that ominous flash-forward scene during the fall finale may mean. At the center of both mysteries is Rachel Hilson, who plays teenage Beth. Before she guest-starred on one of TV’s most beloved shows, Hilson, who previously appeared on The Good Wife and NBC’s short-lived series Rise, had only watched a few episodes of This Is Us. The 23-year-old actress doesn’t even have a TV as she was focusing on her career. But after crushing her audition and landing the role, Hilson immersed herself in the show. “I binged the whole thing once I got it,” she told ESSENCE. And it shows. 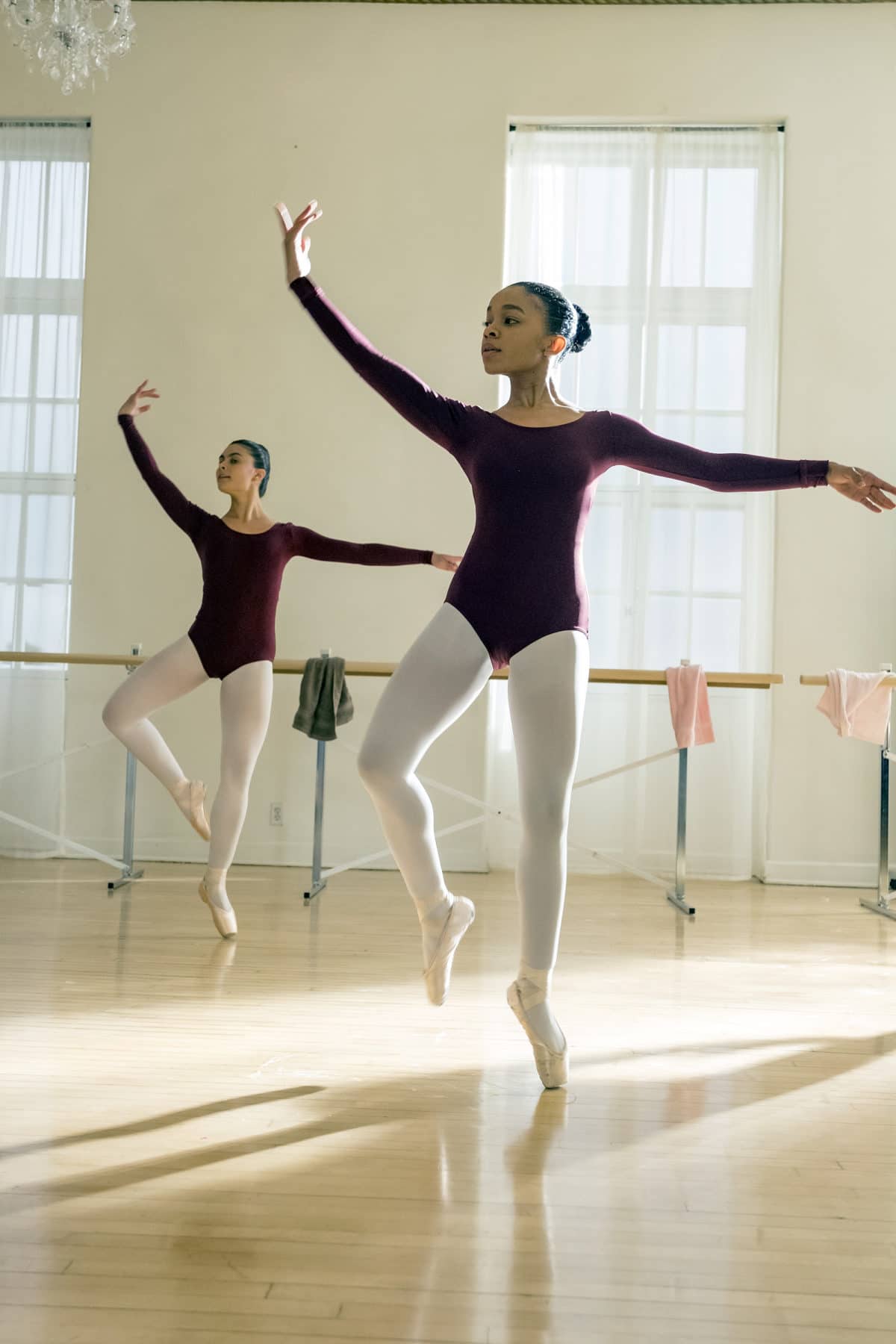 The episode, titled “Our Little Island Girl,” centers on Beth Pearson’s (Susan Kelechi Watson) early life. In it, viewers travel back to Maryland to see young Beth fall in love with ballet, a passion her mother, Carol — played by the legendary Phylicia Rashad — is not happy about. Hilson was so adept at playing Beth, even nailing Watson’s mannerisms, that her predecessor took notice. “When I was watching her I was like, ‘What? I do that?’ What Rachel did was so amazing,” Watson said at a press screening of the episode. “She helped contextualize Beth for me,” Watson continued, explaining that watching Hilson helped her “to actually step outside of Beth and watch her so that I could be a bit objective.” For Hilson, who trained as a dancer for over a decade, guest starring on This Is Us felt “serendipitous.” “I haven’t had an experience yet in my career where I’ve gotten to combine both acting and dance, two of my passions, so it all fell into place in a special way,” she said. While Watson was blown away by Hilson’s portrayal of Beth, the young actor said she wasn’t just trying to mimic Watson’s work.

She gave up her dream and now she's ready to get it back. #ThisIsUs returns Tuesday at 9/8c. pic.twitter.com/Rrl0kEXA4M

“It’s fun as an actor to dive into why a character might be a specific way. I was studying her, certainly, but I was also interested in [Beth] as a teenager,” Hilson said. “We all know Beth to be this really strong Black woman who is the foundation of the Pearson household. She’s Randall’s rock, and she’s the kids’ rock, but I think behind every strong woman is some history,” she said. “I think she had some insecurities deep down and when you’re a teenager they’re a little bit more prominent, so I wanted to bring that to her as well.” “We see a lot of images of strong Black women, but for young Black women and girls it’s important to see how they got there,” Hilson added. Working with Rashad was also a dream come true for Hilson. “That was so cool. I was definitely a little star-struck at first working with her because she’s a legend, but she’s the kindest, most patient actor to work with,” Hilson said. “She just made me feel really comfortable…I feel like I learned a lot from her, in an acting sense and a human sense.”

Only @felixhychan can make a girl feel cute after yoga.

In addition to acting, Hilson wants to create the roles she’d like to see on the screen. “I don’t think we talk enough about mental health in the Black community, so I’d like to see a storyline that explores a young girl dealing with some sort of mental health issue,” she said, noting that she’s had her own struggles as well. The New York University graduate also loves theater and wants to appear in the classics. “One of these days I’d like to play Ophelia in Hamlet,” she explained. But the actor, who focused on race, politics, and theater in college, said she’ll know her dream role when she sees it — or writes it. “Right now I’m working on a short film about gentrification in New York,” Hilson said. “I’m just writing what I’m passionate about.” This Is Us airs Tuesday at 9 p.m. on NBC.
TOPICS:  Pretty Dope Rachel Hilson This Is Us