Toby Onwumere
By Britni Danielle · Updated December 6, 2020
Pretty Dope is the place where ESSENCE highlights creatives doing amazing things in front of the camera and on the mic. You should know each and every one of these faces. They’re pretty dope. It all started with Michael Jackson. When Empire newcomer Toby Onwumere was young, watching the 1983 documentary, Making Of Michael Jackson’s Thriller, lit a flame inside the Dayton, Ohio native that never went out.
Loading the player...
“I think halfway through [the documentary] they have the first time [Jackson] did the moonwalk at the Motown 25 and I was like, ‘Oh, that sh-t’s amazing,’” Onwumere told ESSENCE last month. “I wanted to do something like that, but then it just didn’t come into full blossom until high school.” That’s when one of Onwumere’s teachers suggested he try out for a school play. That was after he tried to impress the young women in his class by putting on his own little show. “[The teacher] asked somebody to read the syllabus and I raised my hand because I wanted to impress the girls and I was being all wild and crazy,” the 28-year-old recalled. “After class she was like, ‘Hey, we’re doing auditions for a play and I think you should come in.” And as they say in the business, the rest is history. Onwumere fell in love with what he calls “the dark arts” and decided to pursue it as a career. After graduating from the University of California at San Diego with a master of fine arts in 2015, Onwumere moved to Los Angeles and quickly landed a starring role on the Netflix series, Sense 8. Ahead of the Thanksgiving holiday, ESSENCE caught up with Onwumere to talk about why he loves being a storyteller and what’s its like to be a straight man playing a gay, HIV-positive character on one of the biggest shows on TV, Empire, which airs Wednesdays at 8/7c on FOX. 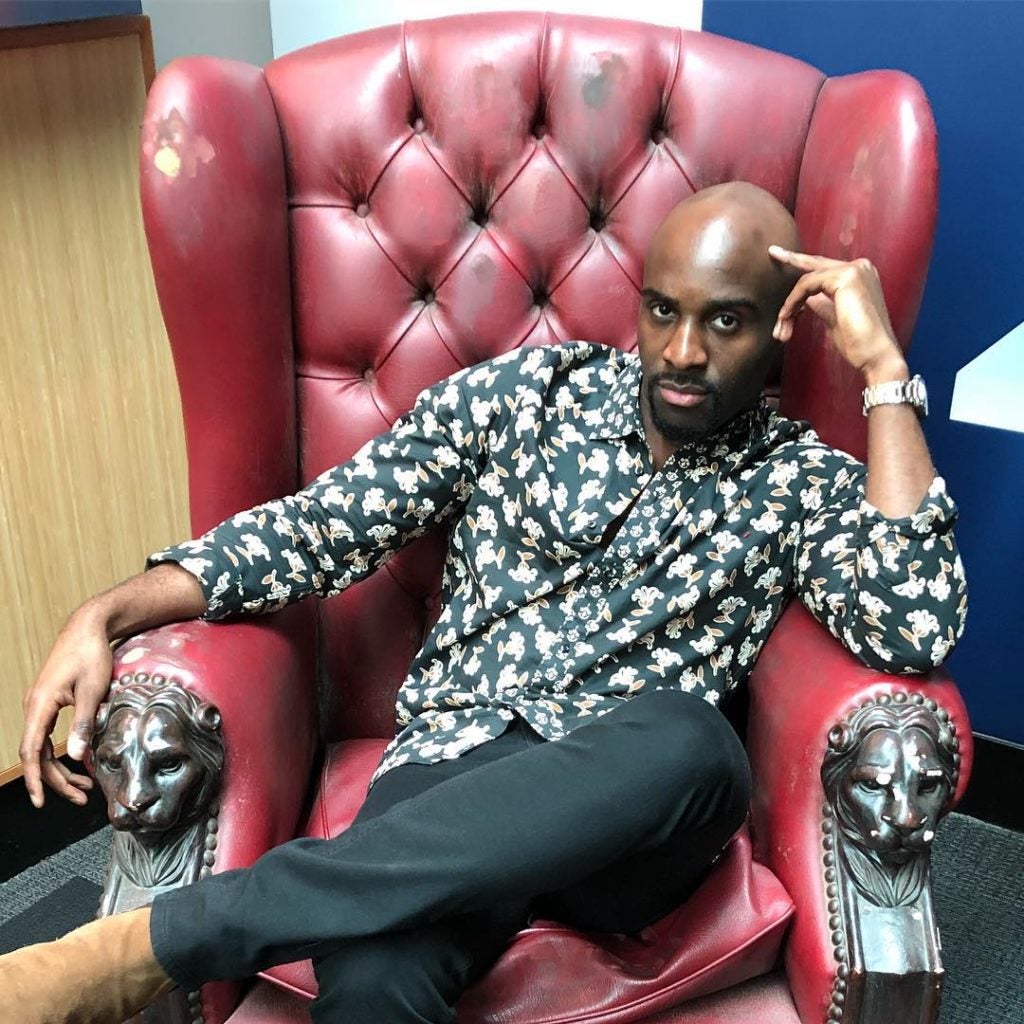 ESSENCE: Why did you fall in love with acting? Toby Onwumere: When I see a good performance or I see an amazing story, it makes me question myself and do introspective thinking. Whenever I watch a really great movie…I ask myself, what would I do in that situation? I feel like it opens up more empathy within me whenever I see really touching stories. On Empire, your character, Kai, is a reporter, who’s in this relationship with Jamal. He also has HIV. Did you have any trepidation as a straight man taking on this role? Absolutely not. I was excited to take on [the role]. There was no hesitation at all about it. I’m always looking [for] more variety and Kai’s not a stereotype. He’s not a character who feels sorry for himself. The fact that he has HIV is a facet of his life; it’s not the totality of it. He still has strength and he still has…pride about himself regardless of him having HIV. 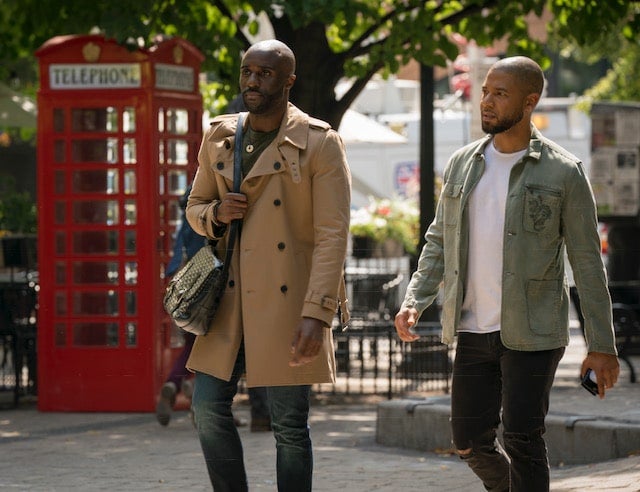 We don’t see a lot of characters onscreen who have HIV, who are not tragic. Exactly. Every time I see a character with HIV or some type of ailment, it’s in some terminal fashion, you know? And I really liked that Kai isn’t living his life in this sullen way. There is still a lot of joy in his life. And I liked [the role] because it helps change the narrative of what people see. When HIV was first introduced into the mainstream culture, it was labeled as the disenfranchised disease, the gay disease, the homosexual disease — not knowing that anybody can get it. But now, with the advancement in healthcare and technology, people have very robust, healthy, long lives with it. You’re liable to die quicker — as Kai says in the show — with type two diabetes than with HIV. So I feel like some of the stigma that people still have about [HIV] might be just misinformed, or they have an outdated mindset of the disease, and we’re helping to reeducate people on the matter. 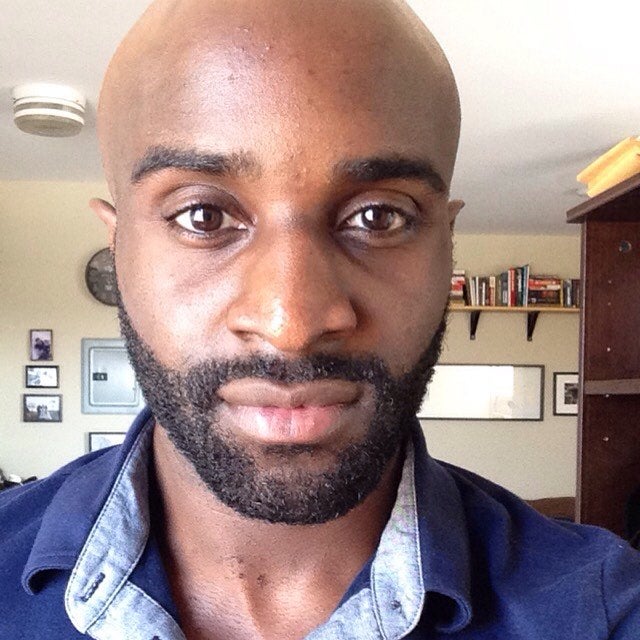 You’re still pretty new to the business. You just got out of school a couple years ago and landed Sense 8 and now Empire. What is some of the advice you’ve picked up in the past couple of years as you’ve journeyed through this business? This whole thing is a marathon and not a sprint. So do not get discouraged if things do not happen in the timeline that you had envisioned them. Or if it does happen in the timeline you envision, just be ready for all that. And everything costs something. In life, and obviously in this profession, if you want to be exactly what you want to be, it costs something. It might take you away from your loved ones because you have to travel and they have to stay at home and you have to work. Another piece of advice is whether it’s a triumph or a failure, everything can be used as a tool for growth.

Who are some of your inspirations? Chiwetel Ejiofor, Michael Jackson, jazz and house music. Lana Wachowski — even before I started Sense 8, me watching The Matrix kind of just opened everything up and her becoming a really great friend and mentor of mine has been fantastic. My parents. I said Michael Jackson, right? Underline, just for emphasis. (Editor’s Note: You got it, Toby!) And sugar cookies have really been inspirational in my life. The actual cookies? Yeah. It’s a reward system in my mind. I do well, I can go out and get a sugar cookie. Christmas must be your time of year then. I think you understand what my life is about. I imagine this Christmas will be pretty dope. You’re on a hit TV show and can get all the sugar cookies you want. Look, I might just have a whole suitcase of sugar cookies. I might distribute them, I might eat them all, but they will be on deck. They will definitely be on deck. This interview has been edited for clarity.