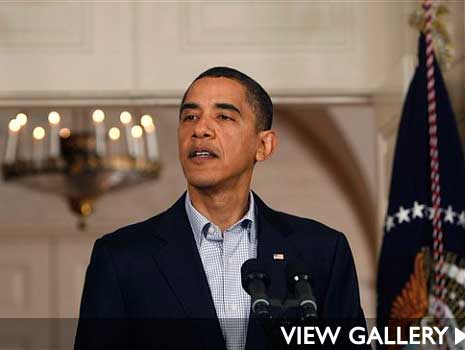 Speaking at a news conference in Washington D.C. earlier, President Obama said America was “on the cusp of making health care reform a reality” after Nebraska senator Bob Nelson gave Democrats the 60th vote necessary to pass the legislation.

“It now appears the American people will have the vote they deserve on genuine reform that offers security to those who have health insurance and affordable options for those who do not,” said the prez.

Senator Nelson of Nebraska signed on as the critical 60th vote, but not without making a compromise for a provision that prohibits states to use federal funding for abortion.

Read more about the myths and facts of health care reform.