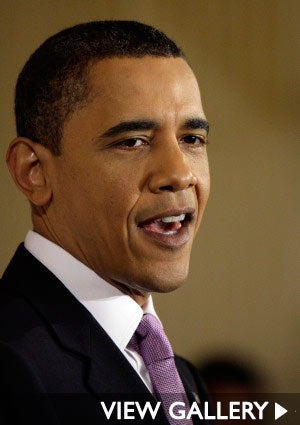 Jay-Z performed at D.C.’s Verizon Center last night, and during an interlude announced, “I just came from the White House.” Turns out the rapper did tour the White House yesterday, a tour that included a short, unscheduled visit with President Obama. (Their conversation, by the way, was not in any presidential pool report!) The President has said in the past that he’s a Jay-Z fan, claiming to have him on his iPod. Just another way in which things are a little different at the White House these days. This afternoon at the White House, the President is meeting with several Capitol Hill leaders–members from the Congressional Black Caucus, Congressional Asian Pacific American Caucus, the Congressional Hispanic Caucus, and the Congressional Progressive Caucus. The meeting is closed to press, but with each group bringing the respective chair of their Health Care Task Forces, advancing health care reform in minority communities is sure to be on the agenda. The meeting comes after criticism about the lack of diversity last Thursday at the President’s health care summit. While House Majority Whip James Clyburn was there, along with Democratic Caucus Vice Chair Xavier Becerra. None of the aforementioned caucuses were specifically represented. Perhaps today’s meeting is a White house mea culpa? To read Cynthia Gordy’s Obama Watch blog, click here. Read More: