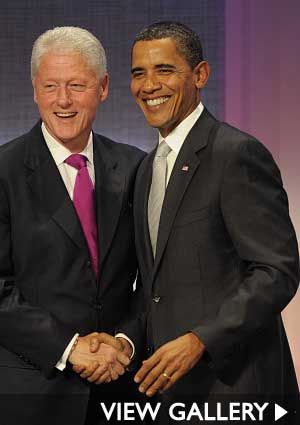 In the latest doozy, an excerpt from the book paraphrases a conversation between Senator Ted Kennedy and former President Bill Clinton in which the latter says about President Obama, “A few years ago, this guy would have been getting us coffee, reports POLITICO.

When Kennedy endorsed Obama instead of Hillary Clinton, the former president is said to groaned, “the only reason you are endorsing him is because he’s Black. Let’s just be clear.”

A spokesperson for President Bill Clinton declined to comment on the book.

Find out who else should be apologizing to President Obama.

For other African Americans who climbed to the top leadership of their party, click here.