The cast got together for a table read of what we know is going to be a “on-the-edge-of-your-seat” drama. They also celebrated co-star Terrence Howard’s 45th birthday.

Taraji hugged her former Hustle & Flow co-star in a picture captioned, “Happy Birthday to my boo! So glad to be working with this talented man again!”

Empire is set to premiere on Fox later this year. We’ll be tuned in! 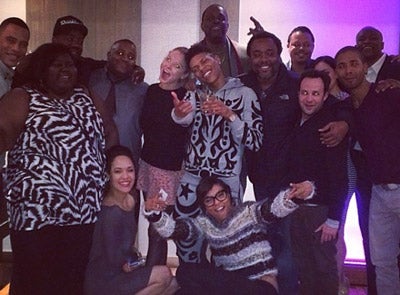