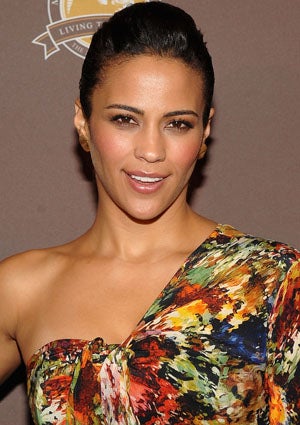 Paula Patton is becoming a bad-ass. Well, at least on screen when she stars opposite Tom Cruise in “Mission: Impossible 4.” Patton won the coveted role after acing her screen test with Cruise. (“This was the highlight of my career.”) The plot details in the espionage action-thriller are hush-hush, but the actress and new mom did let ESSENCE.com know one thing — she’s going to be one fierce spy. “I don’t know much because I haven’t read the script, but I do know she’s a spy who joins Ethan Hunt’s team and she gives him a run for his money…” In New York, on her way to Prague to begin filming, Patton has already started her physical-training. “It’s been intense already. I’ve done kickboxing to regular boxing to capoeira. I’ve learned how to take a hit. I feel more powerful. Don’t mess with me when I’m walking down the street. I’ve got skills now!” While Patton toughens up for Cruise, her other job, as new mom to Julian Fuego, is just as demanding and rewarding. “The baby doesn’t leave my side. This is my second film since I’ve become a mom and it’s hard, I’m not going to lie to you,” says Patton, who’s married to singer Robin Thicke. “I absolutely love him, and yet I love to act and had these two incredible opportunities come my way. With the help of family and the support of my husband and my mom, we’re making it work. We spend the most time we can in all the in-between moments.” Although “MI: 4” doesn’t arrive in theaters until December 2011, Patton can be seen in on an upcoming episode of “Law & Order: SVU” and Screen Gems film, “Jumping the Broom,” next spring.