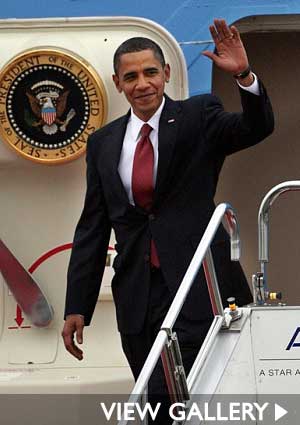 A year into his presidency and Barack Obama is still one of the most talked about global figures. According to the Global Language Monitor, a Texas-based organization that tracks global trends in the English language, the word ‘Obama’ is the second most mentioned word in the media and on the Internet, including blogs and social media sites. The word of the year for 2009 is ‘Twitter.’

Never one to be outdone, the prez did win one category. Top name of 2009: Barack Obama.

And despite being inched out by ‘Twitter’ this year, Obama’s influence still echoed loud in years past. 2008’s word of the year? ‘Change’