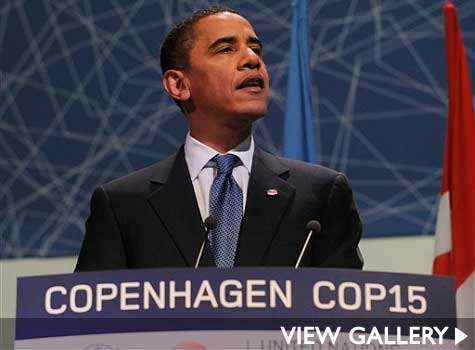 President Obama arrived in Copenhagen to speak at the United Nations Climate Change Conference this morning. In his speech the president reiterated the U.S. commitment to reducing greenhouse gases by 17% by 2020. He, and other world leaders, are expected to sign an agreement in which industrialized countries would commit to significantly reducing emissions of heat-trapping gases. The U.S. has also committed $100 billion to help developing nations deal with global warming.

The president will spend the day trying to strike the deal in a conference that has been marred by political conflict, with developing nations accusing developed nations of not playing fair. In his speech the president called for action. “We are running short on time,” he said. “We are ready to get this done today. But there has to be movement on all sides.”

Read our coverage of how the Climate Change Conference affects African-Americans.