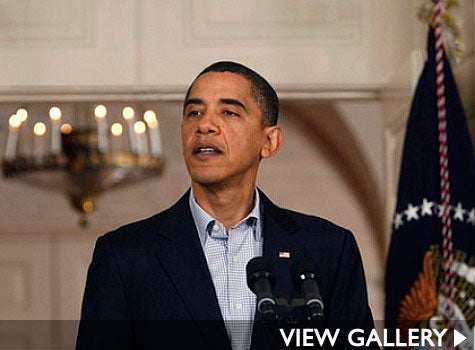 “The only thing I cannot do is, by law, I cannot pass laws that say ‘I’m just helping black folks.’ I’m the president of the entire United States,” President Obama said today in an interview with April Ryan of American Urban Radio Networks. The President confronted claims that he is not doing enough for African Americans, the Miami Herald reported.

Obama used his health care plan as an example of policies that “will be hugely important” for AAs.


“What I can do is make sure that I am passing laws that help all people, particularly those who are most vulnerable and most in need. That in turn is going to help lift up the African-American community,” he said.

The President noted that improving the state of Blacks in America, “is going to take work. It was never going to be done just because we elected me.”
Loading the player...