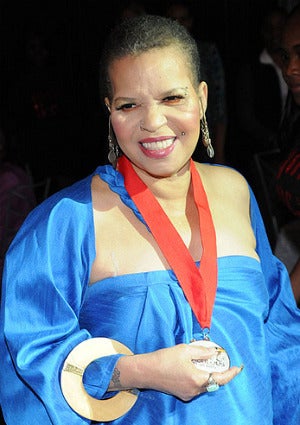 Ntozake Shange, whose signature work “For Colored Girls Who Have Considered Suicide When the Rainbow Is Enuf” is set to hit theaters in early November — check out the powerful trailer here — will release her first novel since 1994 this week, titled “Some Sing, Some Cry.” The book is a 600-page family saga, co-authored by her sister Ifa Bayeza. The two sisters wrote the lengthy story about seven generations of one African-American family through emails and phone calls for 15 years, according to the New York Times. According to the Times, the storyline moves through Reconstruction, two World Wars, the Great Migration, and the Civil Rights Movement. The novel incorporates the music of the time periods — including jazz, blues, spirituals and R&B. The book concludes in modern days where the descendant, Tokyo Walker, is a famous R&B singer set to embark on a tour of Africa. We can’t wait to get our hands on this book! Just the right time to cozy up with a something juicy as the weather transitions into autumn.