Okay girl, it’s over. What do you do now? So many love songs have been written about the broken hearted and grieving. Holding on, hanging on, busting windows out of cars, crying all night, crazy texting and asking you girlfriends to join your pity party is all too common. I would like to invite those of you who have indulged, to think differently. If there is someone in your life who is not serving you or making you better, give yourself permission to move on. Now, moving on and letting go does not have to include some of these traditional measures.

I once dated a guy for a year and had to be honest with myself: we did not want the same thing. That’s the first step- HONESTY. You have to walk in the truth. The second step is believing that the universe has someone great for you! However, God will never send you His best when you are not at your best…so get yourself together! Lastly, this is something new for you: decide to have the best break up ever. I know it sounds crazy at first but I’ve actually tried it.

When the relationship I was in was over I cut up for real. Even though it wasn’t working, when we broke up I was wailing and gnashing. I had my girlfriends at my house rubbing my back, putting a cold towel on my head and champagne in a IV drip. It was bad y’all! Then it dawned on me: this guy is not God’s best for me so if I let go and heal the best is yet to come. I picked up the phone and called my soon to be ex and offered this up: “Hey, we both know this isn’t working. Before it gets ugly lets have the best break up in the history of the world. Wanna go to Hawaii and break up?” I have to say it was awesome. We celebrated the good things we brought into each other’s lives, the things we learned about ourselves, and gave each other permission to go in peace. 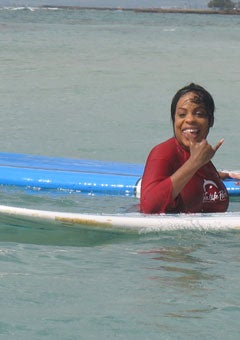 I know it sounds unorthodox, but a successful exit from this relationship had everything to do with my entrance into the next. If you’ve tried breaking up the traditional way, give this a try. Or if you have a great way to exit I want to hear about it. Here’s to you receiving the love you deserve! 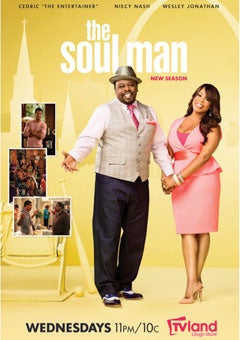