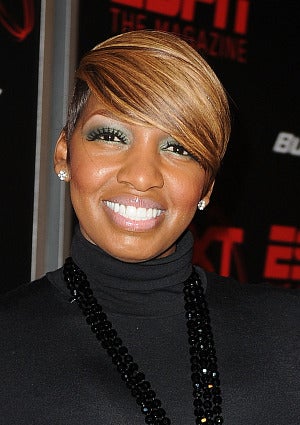 First, NeNe Leakes issued a statement regarding her son Bryson’s arrest, and now rumors of her infidelity have prompted the “Real Housewives of Atlanta” star to issue another to say she is not a cheater. The blogosphere has been abuzz with rumors of Leakes’ affair with former New Orleans Saints player Charles Grant and an impending breakup with her husband. “Greg and I are still together–not separated or divorced,” Leakes said in a joint statement with her husband. “I have not left my husband for NFL player Charles Grant, and I don’t know how those rumors started. Charles Grant is no more than a casual acquaintance of mine since hosting one of his charity events in Atlanta about a year ago.” Greg Leakes says he stands by his wife. “NeNe and I have been married for 13 years, and she has been a faithful wife to me,” he said. “Right now, our marriage is not a perfect one, but rumors and innuendos, accusing my wife of infidelity have been damaging to the reputations of NeNe and Mr. Grant. I am not an injured party, and accusations that NeNe has done something to hurt me or jeopardize our family are false and far from the truth.” NeNe has also taken to Twitter to deny the affair, tweeting, “I’m a lot of things but I’ve never been a cheater.” Related stories: