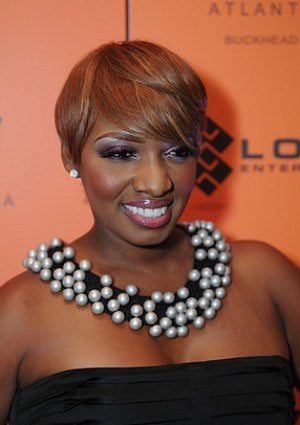 NeNe Leakes is coming clean about going under the knife. After months of speculations “The Real Housewives of Atlanta” star tells People that she’s had three surgeries done in between “RHoA” seasons. “I’m very comfortable and confident in myself. I just wanted a tune up,” she said in the current issue of PEOPLE. What has she tuned up? She’s had a nose job (the blogosphere was already abuzz with that one), a breast reduction (from DD to a D), a breast lift, and liposuction around her waist for more contouring. But don’t expect the ever outspoken NeNe to stay mum or be ashamed of what she’s done. “I still wanted to look like NeNe, the Black woman that I am,” she said, “but a better version.” In 2009, Leakes told PEOPLE that she had implants and veneers so her “smile would be beautiful.”  On next week’s episode of “RHoA” NeNe pays a visit to the plastic surgeon. You better be sure we’ll be tuned in. What does a “better version” of yourself look like?